#Be Illiterate’s Assistant To Be New White House Press Secretary

https://archive.li/f2Z74
Melania Trump’s #BeBest campaign is a de facto call for destruction of the remaining shreds of American literacy. Hence the title of this post.
https://miningawareness.wordpress.com/2019/05/08/melania-trump-continues-to-spread-illiteracy-destroy-english-with-be-best-campaign/

The first lady made the announcement on Twitter, saying she can think of no better person to serve the administration & our country.

“Our wonderful Sarah Huckabee Sanders will be leaving the White House at the end of the month and going home to the Great State of Arkansas,” Trump said on his personal Twitter account. “She is a very special person with extraordinary talents, who has done an incredible job!”

Sanders called her tenure as White House press secretary “the honor of a lifetime, the opportunity of a lifetime” adding, “I’ve loved every minute – even the hard minutes.”

Sanders has been one of the president’s most trusted aides during her tenure in the West Wing from the start of the Trump presidency, rising from principal deputy press secretary when Sean Spicer was the top spokesman.

Sanders has been a fierce defender of the controversial president and frequently tangled with White House reporters during contentious news conferences, chastising them for negative coverage of Trump and attempting to correct what she considered were mistakes in their reporting.

Commentators criticized her for straining credulity on behalf of an unconventional boss who regularly unleashes verbal attacks on political foes, foreign governments and journalists and who has repeatedly labeled the press the “enemy of the people.”

The media briefings, once a regular and popular event on afternoon cable TV news channels, increasingly became infrequent and have disappeared altogether in the past three months. ” https://www.voanews.com/usa/stephanie-grisham-named-new-white-house-press-secretary

Jimmy Carter’s mentor, Admiral Rickover, inspired Carter’s campaign slogan “Why Not the Best?”
Rickover was an immigrant who learned English. 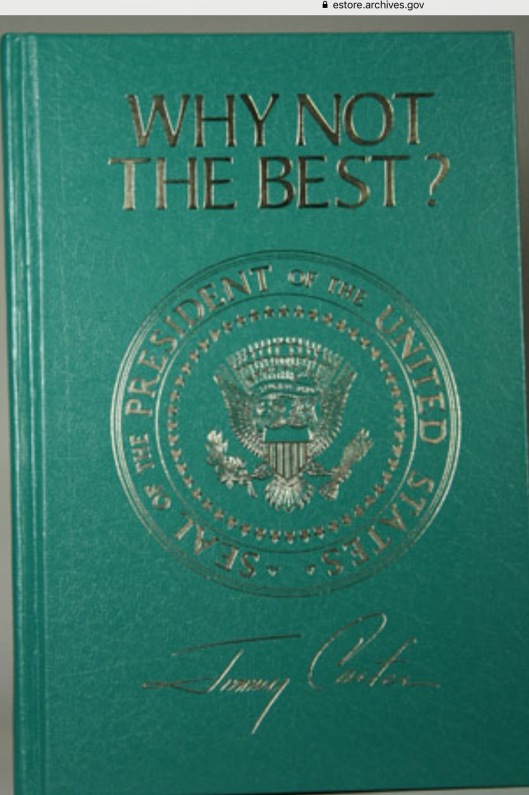