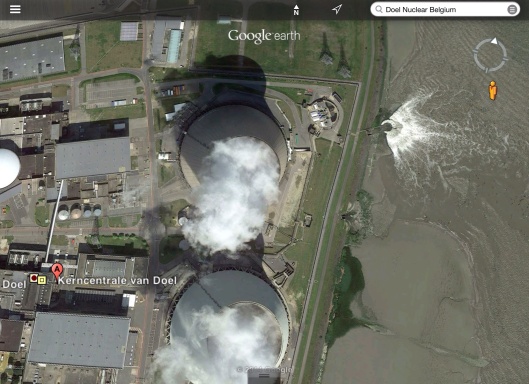 “The Belgian Constitutional Court has sought the Court’s interpretation of these conventions and directives. In essence it seeks to ascertain whether the adoption of a law to extend the period of industrial production of electricity by nuclear power stations requires an examination as to environmental impacts.

In her Opinion today, Advocate General Juliane Kokott proposes that the Court answer this question categorically in the affirmative. She sees grounds for taking the view that, with the enactment of the law extending the period of industrial production of electricity by the Doel 1 and Doel 2 nuclear power stations, the EU legal provisions concerning environmental assessments have been infringed and that this is not justified on grounds of security of electricity supply or of legal certainty.

Nevertheless, she does not rule out in this case the possibility of maintaining the effects of the law. This is because, in her view, national courts may exceptionally maintain temporarily the effects of a decision taken in breach of a duty under EU law to undertake an environmental assessment….” https://curia.europa.eu/jcms/upload/docs/application/pdf/2018-11/cp180186en.pdf

“EU court adviser gives mixed view on Belgian nuclear reactors
Posted:Thu, 29 Nov 2018 08:36:54 -0500 Belgium may have breached EU law in extending the life of two nuclear reactors because it failed to carry out a full assessment of the environmental impact, an adviser to the European Union’s top court said on Thursday” http://feeds.reuters.com/~r/Reuters/worldNews/~3/VRJTvFP3XqQ/eu-court-adviser-gives-mixed-view-on-belgian-nuclear-reactors-idUSKCN1NY1P4 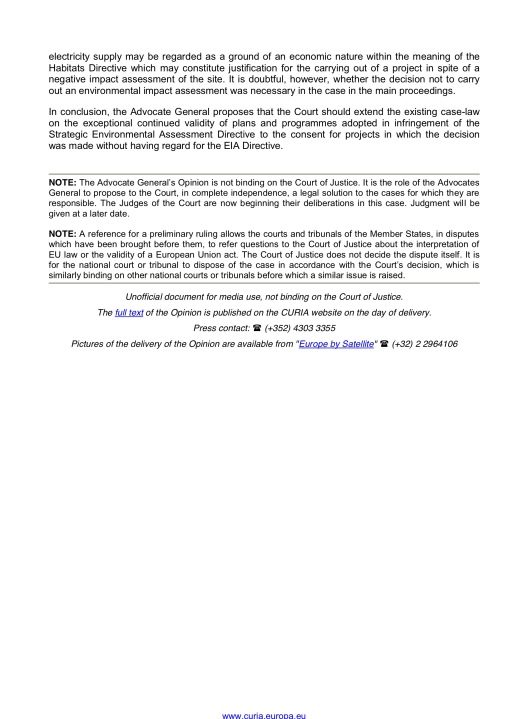 If you read French, it seems more clearly written than the English: https://curia.europa.eu/jcms/upload/docs/application/pdf/2018-11/cp180186fr.pdf