His opponent in the Democratic primary run off, Howard Sherman, has gotten a mere 10% of his campaign money from Mississippi.

This is not counting the (at least) $650,000 “personal funds” which Sherman loaned himself, or maybe his wife loaned him. Why is he so desperate to become a US Senator from Mississippi that he’s loaning himself over half a million dollars for the Democratic primary? Or do these personal funds come from elsewhere?

The Republican candidate, Roger Wicker, has gotten around 35% of his campaign contributions from Mississippi.

Republican Roger Wicker donations map. There is additional money, apparently PACs, which we were unable to sort out as Mississippi vs outside in a timely manner, if it’s even possible. This may bring the percentage down, though probably not as low as Sherman’s. 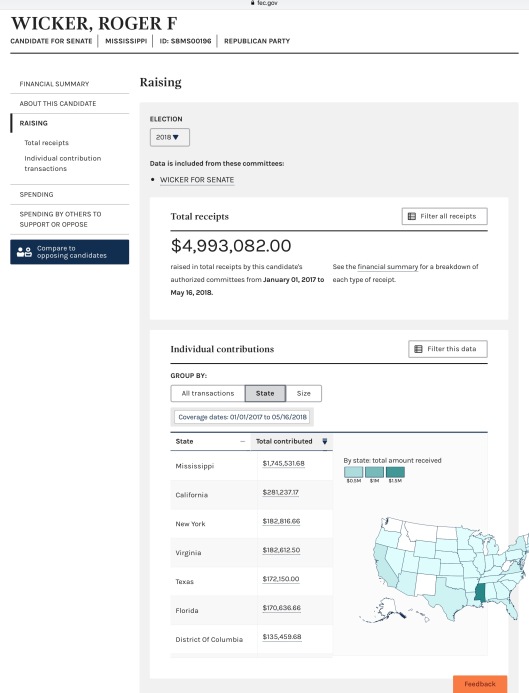 Howard Sherman campaign total and map. $650,000 was a loan from “personal funds”.