Robert De Niro is business partners with the same guys (Emin and Aras Agalarov) who brought Trump’s Miss Universe pageant to Moscow. Trump attended a business meeting at their Moscow restaurant. The Agalarovs are at the center of the Trump Tower meeting to get alleged dirt on Hillary Clinton. Contact continued after the election. On Emin’s official web site you can watch both Trump and De Niro wish Emin Happy 35th birthday, in 2014. Mueller breathing down De Niro’s neck? If Mueller doesn’t look at De Niro, then Mueller’s not doing his job, and there really is no hope. The FBI and Mueller breathing down De Niro’s neck could account for his intermittant fits of cursing out Trump.

A possible motive for De Niro backing Sherman is to back a losing candidate so that Wicker gets back in and the Republican Majority shuts down the Mueller investigation, thereby keeping Mueller from looking at De Niro’s Moscow restaurant-business partners. Read more here: https://miningawareness.wordpress.com/2018/06/12/robert-de-niro-shares-russian-business-partners-with-trump-agalarovs-de-niro-tampering-in-mississippi-elections-to-make-democrats-lose-us-senate-seat/
It is possible that De Niro simply appealed to Howard Sherman’s ego to get him to run. However, Sherman’s investments in oil and gas/fracking in Oklahoma, and perhaps elsewhere, give him much in common with Trump and Putin’s oil and gas kingdom (aka Russia). More than anything, Trump appears to be an oil and gas coup d’etat.

ACT Blue donations accounted for $125,900 out of $192,795 (65%) of campaign contributions to Howard Sherman (The missing $1,000 was a reimbursement). The candidate data does not list who gave the ACT Blue donations. Apparently you have to slog through a very, very, very long list, unless there is another way.

NOTICE THAT IT CALLS SHERMAN’S LOANS FROM HIS “PERSONAL FUNDS” “OTHER LOANS” RATHER THAN “LOANS MADE BY CANDIDATE”. WHAT IS THE SOURCE OF THESE PERSONAL FUNDS? SHERMAN? SELA WARD? OR SOMEONE ELSE? 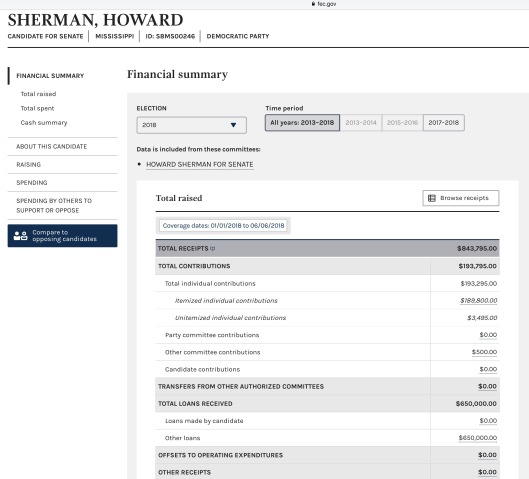 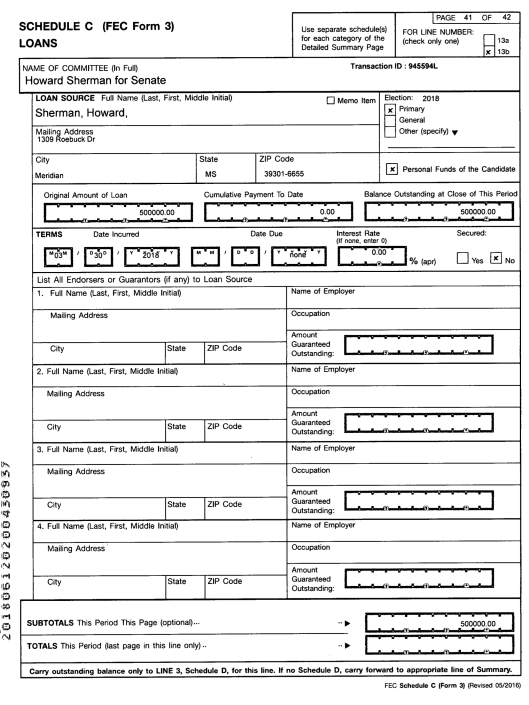 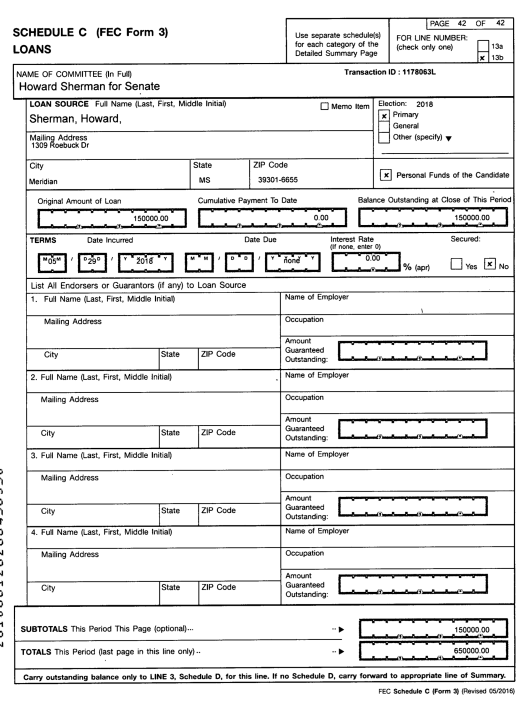