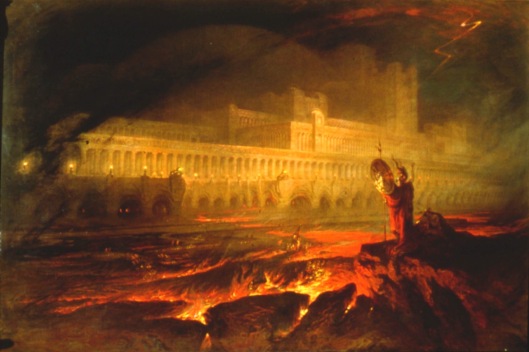 From a moral-ethical perspective Trump Jr. is clearly a traitor. And, based on “Oran’s Dictionary of the Law” (1983), Trump Jr. appears to be a traitor because treason is a “citizen’s actions to help a foreign government overthrow, make war against, or seriously injure the [parent nation]“, as cited in https://en.wikipedia.org/wiki/Treason Whether or not he understood it as such we do not know, as his main allegiance is apparently to money.

Whether it is considered treason under US law will probably have to turn around the issue of if Russian cyberattacks are considered acts of war, i.e. cyberwarfare. https://miningawareness.wordpress.com/2017/07/06/did-russian-election-tampering-result-in-trump-win-putin-knows-but-the-us-public-doesnt-know/

“Every American should be alarmed by Russia’s attacks on our nation. There is no national security interest more vital to the United States of America than the ability to hold free and fair elections without foreign interference. That is why Congress must set partisanship aside, follow the facts, and work together to devise comprehensive solutions to deter, defend against, and, when necessary, respond to foreign cyberattacks…. “It should not surprise us that Vladimir Putin would think he could launch increasingly severe cyberattacks against our nation when he has paid little price for invading Ukraine, annexing Crimea,…” US Senator McCain

What about disrupting the proceedings of the US Congress with the Russian Gov’s RT news?

Additionally, unless treason is exempted from pardons, Trump can and almost certainly will pardon his son of any crimes, if Trump is not impeached and removed. It appears that Trump, Jr. may be a sort of fall-guy who can then be pardonned and keep the major dirt from coming to the surface.

“Crown prosecutor of Russia” because Putin fancies himself Tsar or they fancy Putin Tsar?
On Jun 3, 2016, Rob Goldstone wrote to Trump, Jr.:
“The Crown prosecutor of Russia met with his father Aras [Agalarov] this morning and in their meeting offered to provide the Trump campaign with some official documents and information that would incriminate Hillary and her dealings with Russia and would be very useful to your father. This is obviously very high level and sensitive information but is part of Russia and its government’s support for Mr. Trump – helped along by Aras and Emin [Agalarov]. What do you think is the best way to handle this information and would you be able to speak to Emin about it directly?mI can also send this info to your father via Rhona, but it is ultra sensitive so wanted to send to you first. Best Rob Goldstone”

On Jun 3, 2016, Donald Trump Jr. wrote back:
“Thanks Rob I appreciate that. I am on the road at the moment but perhaps I just speak to Emin first. Seems we have some time and if it’s what you say I love it especially later in the summer. Could we do a call first thing next week when I am back? Best, Don” (Emphasis our own.)

Those who were subscribed to WaPo were warned over a year ago:
Trump brought his Miss Universe pageant to Russia and tweeted Putin an “invitation to attend the pageant, and a one-on-one meeting between the New York businessman [Trump] and the Russian leader was scheduled…. Putin canceled at the last minute, but he sent a decorative lacquered box, a traditional Russian gift, and a warm note, according to Aras Agalarov, a Moscow billionaire who served as a liaison between Trump and the Russian leader…. Agalarov said he and Trump signed an agreement to build a Trump Tower in the heart of Moscow — at least Trump’s fifth attempt at such a venture…. “Russians make up a pretty disproportionate cross-section of a lot of our assets,” Trump’s son, Donald Jr., told a real estate conference in 2008, according to an account posted on the website of eTurboNews, a trade publication. “We see a lot of money pouring in from Russia.” Emphasis our own. Read the article here: “Trump’s financial ties to Russia and his unusual flattery of Vladimir Putin” By Tom Hamburger, Rosalind S. Helderman and Michael Birnbaum June 17, 2016 https://www.washingtonpost.com/politics/inside-trumps-financial-ties-to-russia-and-his-unusual-flattery-of-vladimir-putin/2016/06/17/dbdcaac8-31a6-11e6-8ff7-7b6c1998b7a0_story.html

“Trump Jr. emails contradict White House denials: The emails show that the eldest Trump son was aware that he was meeting with a Russian with ties to the government, and he responded favorably when offered “sensitive information” that could help his father’s campaign.”
https://www.washingtonpost.com/politics/donald-trump-jr-was-told-campaign-meeting-would-be-with-russian-government-lawyer-according-to-emails/2017/07/11/70b957e2-664c-11e7-9928-22d00a47778f_story.html

Some Trump Russia ties (4 min video) from last August, which includes the Agalarovs and says that they receive Russian gov contracts: http://youtu.be/ZdOfadDV4BY

Remember President Trump last July?
“Russia if you’re listening I hope you’re able to find the 30,000 emails that are missing…let’s see if that happens, that will be next,”

See around 40 seconds into the clip: http://youtu.be/3kxG8uJUsWU
“Donald Trump Asks Russia to Find Hillary Clinton’s Emails Speaking at a news conference early Wednesday, Republican presidential nominee Donald Trump weighed in Russia’s alleged role in hacking into the DNC and added he would like to see Hillary Clinton’s missing emails. “Russia if you’re listening I hope you’re able to find the 30,000 emails that are missing…let’s see if that happens, that will be next,” Mr. Trump said.” https://www.c-span.org/video/?c4615538/donald-trump-asks-russia-find-hillary-clintons-emails. About Bush’s missing emails: http://www.alternet.org/election-2016/forgotten-private-bush-white-house-emails

“In October, our intelligence agencies concluded unanimously that ‘the Russian Government directed … compromises of e-mails from U.S. persons and institutions, including from U.S. political organizations.’ They also assessed that ‘disclosures of alleged hacked e-mails … [were] consistent with the methods and motivations of Russian-directed efforts,’ and that ‘these thefts and disclosures [were] intended to interfere with the U.S. election process.’/ “Since then, our intelligence community has released additional information concerning these Russian activities, including a Joint Analysis Report that provided technical details regarding the tools and infrastructure used by the Russian civilian and military intelligence services to attack the United States./ “Every American should be alarmed by Russia’s attacks on our nation. There is no national security interest more vital to the United States of America than the ability to hold free and fair elections without foreign interference. That is why Congress must set partisanship aside, follow the facts, and work together to devise comprehensive solutions to deter, defend against, and, when necessary, respond to foreign cyberattacks./ “As we do, we must recognize that the recent Russian attacks are one part of a much bigger cyber problem. Russian cyberattacks have targeted the White House, the Joint Staff, the State Department, and our critical infrastructure. Chinese cyberattacks have reportedly targeted NASA, the Departments of State and Commerce, congressional offices, military labs, the Naval War College, and U.S. businesses, including major defense contractors….. “What seems clear is that our adversaries have reached a common conclusion: that the reward for attacking America in cyberspace outweighs the risk…. “It should not surprise us that Vladimir Putin would think he could launch increasingly severe cyberattacks against our nation when he has paid little price for invading Ukraine, annexing Crimea, subverting democratic values and institutions across Europe, and of course, helping Bashar Assad slaughter civilians in Syria for more than a year with impunity…. Put simply, we cannot achieve cyber deterrence without restoring the credibility of U.S. deterrence more broadly. “To do so, we must first have a policy, which means finally resolving the long list of basic cyber questions that we as a nation have yet to answer. What constitutes an act of war or aggression in cyberspace that would merit a military response, be it by cyber or other means? What is our theory of cyber deterrence, and what is our strategy to implement it? Is our government organized appropriately to handle this threat, or are we so stove-piped that we cannot deal with it effectively? Who is accountable for this problem, and do they have sufficient authorities to deliver results? Are we in the Congress just as stove-piped on cyber as the executive branch, such that our oversight actually reinforces problems rather than helping to resolve them? Do we need to change how we are organized?” (US Senator McCain)
https://www.mccain.senate.gov/public/index.cfm/2017/1/opening-statement-by-sasc-chairman-john-mccain-at-hearing-on-foreign-cyber-threats-to-the-united-states

US Republican Senators McCain and Graham statement: “Dec 29 2016 McCAIN & GRAHAM ON NEW SANCTIONS AGAINST RUSSIA Washington, D.C. ­– U.S. Senators John McCain (R-AZ) and Lindsey Graham (R-SC) released the following statement today on the Obama Administration’s announcement of new sanctions against Russia for its cyberattacks on the 2016 election: “The retaliatory measures announced by the Obama Administration today are long overdue. But ultimately, they are a small price for Russia to pay for its brazen attack on American democracy. We intend to lead the effort in the new Congress to impose stronger sanctions on Russia.”
### Permalink: http://www.mccain.senate.gov/public/index.cfm/2016/12/mccain-graham-on-new-sanctions-against-russia 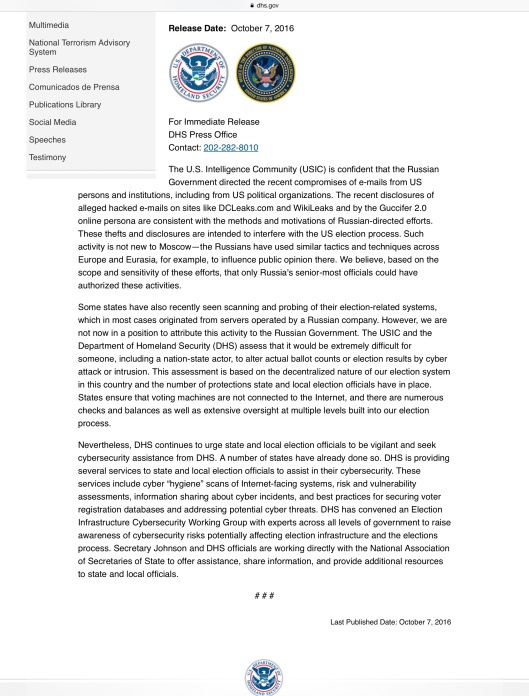 Here are the email threads, as admitted by Trump, Jr., with emphasis added. It is best to read and examine them as errors can enter into transcriptions.

Trump, Jr. statement below (Emphasis added)
She can be a lawyer employed by the Russian Gov-representing them and not be a Russian government official. Trump, Jr. is playing with words here: