British Prime Minister Winston Churchill’s mother was American. This is the apparent origin of the “special relationship” between the two countries. Former US President Trump’s mother was British born and raised.

The Prime Minister (Boris Johnson), 20 July 2022
“I thank my right hon. Friend, and I want to use the last few seconds to give some words of advice to my successor, whoever he or she may be.

Cut taxes and deregulate wherever you can to make this the greatest place to live and invest, which it is. I love the Treasury, but remember that if we had always listened to the Treasury, we would not have built the M25 or the channel tunnel.

Focus on the road ahead, but always remember to check the rear-view mirror. And remember, above all, it is not Twitter that counts; it is the people that sent us here.

And yes, the last few years have been the greatest privilege of my life.

It is true that I helped to get the biggest Tory majority for 40 years and a huge realignment in UK politics.

We have transformed our democracy and restored our national independence, as my right hon. Friend says.

We have helped—I have helped—to get this country through a pandemic and helped save another country from barbarism.

Frankly, that is enough to be going on with. Mission largely accomplished—for now.

“Alexander Boris de Pfeffel Johnson was born on 19 June 1964 on the Upper East Side of Manhattan, New York City…” https://en.wikipedia.org/wiki/Boris_Johnson

About his American great-grandmother and her family:
“Helen Tracy Lowe-Porter 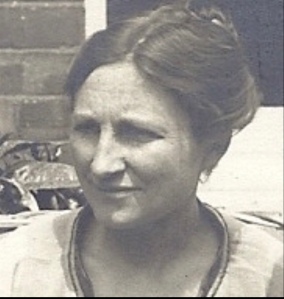 Helen Tracy Lowe-Porter (June 15, 1876 – April 26, 1963)[1] was an American translator and writer, best known for translating almost all of the works of Thomas Mann for their first publication in English.[2]… Helen Tracy Porter was the daughter of Clara (née Holcombe) and Henry Clinton Porter. She was the niece of Charlotte Endymion Porter, editor of Poet Lore, a poetry journal, and an expert on Shakespeare and Elizabeth and Robert Browning.

She married the paleographer Elias Avery Lowe in 1911. The couple lived in Oxford; after 1937, their residence was in Princeton, New Jersey. Their great-grandson is Boris Johnson, Prime Minister of the United Kingdom” https://en.wikipedia.org/wiki/Helen_Tracy_Lowe-Porter

Russia Committed Genocide Against Boris Johnson’s Circassian Ancestors-Sold His Ancestress Into Slavery, Then Threatened Johnson And Others For Comparing Them To Nazis