Not only did he recommend Bush pardons for people indicted in the Iran-Contra investigation, he apparently blocked Mueller in part of the BCCI investigation:
“Mr. Mueller indicated to Mr. Rivera and to me as well that they would prefer that our indictment — that we work aggressively on it as much as possible… I received a phone call a little bit before noon on August 22 from Denis Saylor who indicated to me that I was directed not to return the BCCI indictment. And I asked who was directing me not to return it, and he said Attorney General William Barr…” (US Atty Dexter Lehtinen, 1992)

He also refused to appoint a Special Counsel to investigate Iraqgate: https://www.sourcewatch.org/index.php/Iraqgate_Scandal

“As Robert Mueller III, the Assistant Attorney General at the Justice Department now in charge of the BCCI investigation, testified in October, 1991: BCCI was not an ordinary bank. It was set up deliberately to avoid centralized regulatory review, and operated extensively in bank secrecy jurisdictions. Its affairs are extraordinarily complex. Its offers were sophisticated international bankers whose apparent objective was to keep their affairs secret, to commit fraud on a massive scale, and to avoid detection” (“The BCCI Affair A Report to the Committee on Foreign RelationsUnited States Senate by Senator John Kerry and Senator Hank BrownDecember 1992“) https://archive.org/stream/TheBCCIAffair/The-BCCI-Affair_djvu.txt

So many of the same actors, such as Barr, are present from the Reagan Bush admins; BCCI, and Iran-Contra. Therein appears to lie the real answers to what’s going on today. A major clue could be BCCI’s connection to both the CIA and the Soviet Union – see below.

BCCI and CIA, excerpt. Notice the reference to murdered journalist Khashoggi’s uncle and to the USSR. Remember that Trump dined, at least once, at the home of Khashoggi’s uncle in NYC : “In the case of BCCI, former CIA officials, including former CIA director Richard Helms and the late William Casey; former and current foreign intelligence officials, including Kamal Adham and Abdul Raouf Khalil; and principal foreign agents of the U.S., such as Adnan Khashoggi and Manucher Ghorbanifar, float in and out of BCCI at critical times in its history, and participate simultaneously in the making of key episodes in U.S. foreign policy, ranging from the Camp David peace talks to the arming of Iran as part of the Iran/Contra affair. As early as the mid-1980’s, sources in the United Kingdom were alleging that BCCI was providing services not only to the CIA, but to intelligence agencies of a number of countries, including the Soviet Union.” https://fas.org/irp/congress/1992_rpt/bcci/11intel.htm

Trump Tower was finished in early 1983, and some time in the 1980s he dined with Jamal Khashoggi’s uncle, an arms dealer who was involved in the Iran-Contra deal, BCCI, and who lived a few buildings away in Olympic Tower. Trump was apparently jealous of him and eventually acquired (Uncle) Adnan Khashoggi’s yacht. See: “Trump Tower, a Home for Celebrities and Charlatans” https://www.nytimes.com/2017/08/12/style/trump-tower-famous-residents.html 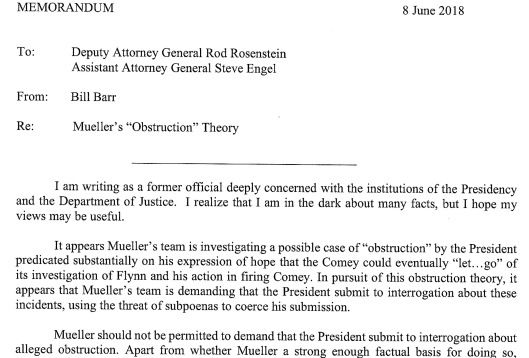 William Barr, along with many members of the Trump Admin have worked for Kirkland and Ellis, which has also represented Jeff Epstein. It is a huge law firm: https://en.wikipedia.org/wiki/Kirkland_%26_Ellis 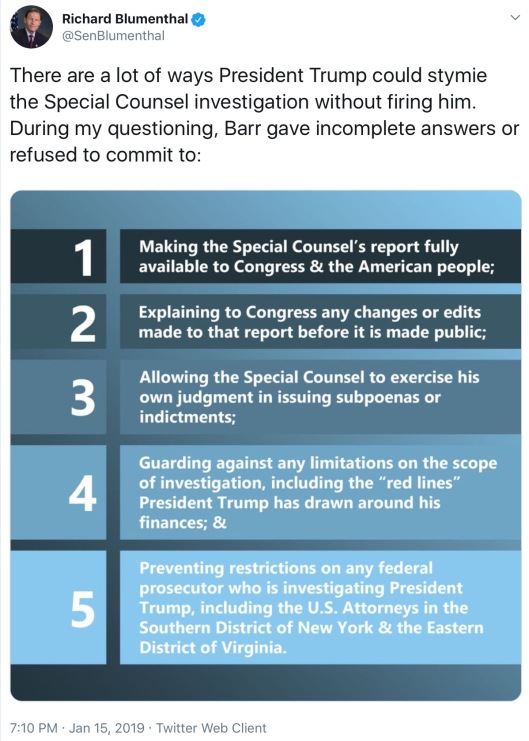 Mueller filing about Manafort: https://www.documentcloud.org/documents/5685002-Gov-Uscourts-Dcd-190597-476-0.html He could be pardonned if Trump isn’t removed first, or is replaced by Pence.

“The selection of William Barr to serve as Attorney General is another example of Donald Trump’s interest in appointing people who will be loyal and cover for him. Over the last two years, Mr. Barr has publicly called for the investigation of Hillary Clinton and criticized the Mueller investigation. He achieved his goal of getting the President’s attention and approval, leading to this nomination.

“Mr. Barr’s record presents a troubling parallel for the situation presented in the Mueller investigation. As Attorney General in the George H.W. Bush Administration, Mr. Barr recommended that President Bush pardon six people indicted by Iran-Contra Independent Counsel Lawrence Walsh, including high-ranking officials who were accused of perjury and withholding evidence. This country does not need political interference with law enforcement again today.

“The Attorney General’s job is to protect the American people, not to do the President’s bidding. We need an Attorney General who is not only qualified for the job itself, but is also independent.” https://www.hirono.senate.gov/news/press-releases/hirono-statement-on-nomination-of-william-barr-to-serve-as-attorney-general