More than a million albatross are at risk by Trump policy.
“Is it Trump?” quoth one, ” Is this the man? By him who died on cross,
With his cruel blow he laid full low
The harmless Albatross. ” (Adapted from Coleridge, 1798)

Why does Trump want to kill off so many albatross? 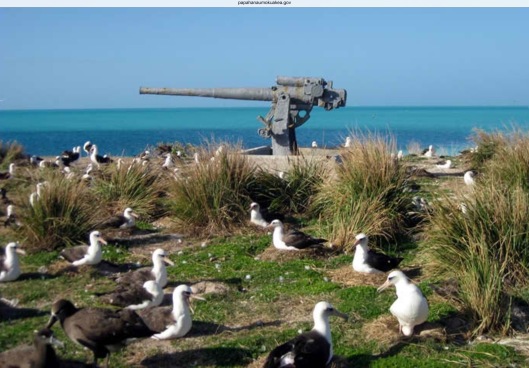 Eastern Island at Midway Atoll. Credit: NOAA/Gleason
http://www.papahanaumokuakea.gov/maritime/midway.html
They make it clear that it’s Trump’s greedy buddies, donors and/or greedy Trump investments: The opportunity costs associated with potential energy and mineral exploration and piroduction from the Outer Continental Shelf, in addition to any impacts on production in the adjacent region.” https://www.regulations.gov/document?D=NOAA-NOS-2017-0066-0001
Offshore energy production and mining at this and other threatened Marine Monuments will stir up radioactive materials from nuclear weapons testing, ocean dumping and Fukushima, as well as other pollutants.

Comment on this and other threatened US Marine Monuments here. Deadline extended to Aug 15th at 11.59 PM EDT: https://www.regulations.gov/document?D=NOAA-NOS-2017-0066-0001
https://www.fws.gov/refuge/Midway_Atoll/
Related: https://miningawareness.wordpress.com/2017/07/23/wwii-midway-battle-site-national-ocean-monument-endangered-species-threatened-by-trump-comment-deadline-26-july-11-59-pm-et-1-min-to-midnight/

“Important bird species abound in the Monument and the adjacent area. Birds from the world’s largest colonies of Laysan albatross, Black-footed albatross, and Bonin petrels, as well as significant populations of shearwaters, petrels, tropicbirds, the endangered Short-tailed albatross, and other seabird species forage in the adjacent area. We now know that albatrosses and Great Frigatebirds rely on the adjacent area during chick-brooding periods, when their foraging is focused within 200 miles of the nesting colonies on the Monument’s islands and atolls. At other times, these wide-ranging species use a much broader range (over 1,600 miles) for foraging.” Excerpt from PAPAHĀNAUMOKUĀKEA MARINE NATIONAL MONUMENT EXPANSION Proclamation: https://obamawhitehouse.archives.gov/the-press-office/2016/08/26/presidential-proclamation-papahanaumokuakea-marine-national-monument 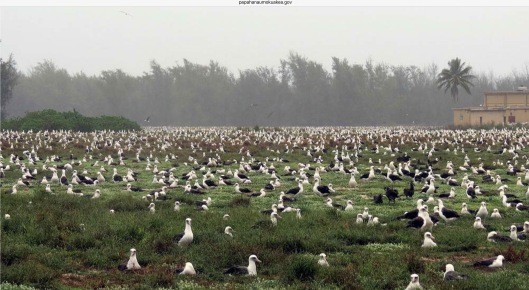 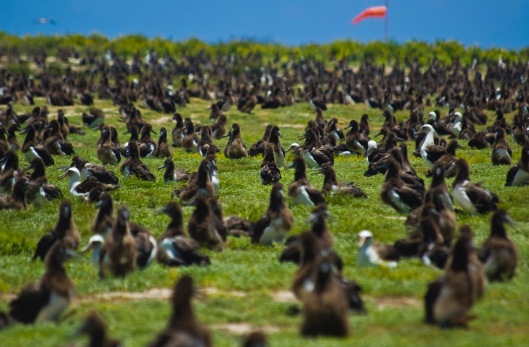 “Midway hosts the world’s largest populations of albatross, including Laysan albatross (428,090 nesting pairs in 2012) and black-footed albatross (23,722 pairs. In addition, as of 2010, Midway Atoll now hosts the only known nesting pair outside of Japan of the world’s most endangered albatross, known as the short-tailed albatross.” http://www.papahanaumokuakea.gov/new-library/pdf/midway_q_and_a_brochure.pdf

For killing one albatross! So, how about hundreds of thousands or over a million?
“The Rime of the Ancient Mariner
Samuel Taylor COLERIDGE (1772 – 1834)
For killing an albatross, the mariner and his crew are punished with drought and death. Amidst a series of supernatural events, the mariner’s life alone is spared and he repents, but he must wander the earth and tell his tale with the lesson that “all things great and small” are important. (Summary written by Gesine)” https://librivox.org/the-rime-of-the-ancient-mariner-by-samuel-taylor-coleridge/

Will it bring down his administration? One can but hope that he and others in his adminstration will be promptly impeached and removed from office.

“Ah well-a-day what evil looks
Had I from old and young
Instead of the cross, the Albatross
About my neck was hung. . . . .

Is it he?” quoth one, ” Is this the man? By him who died on cross,
With his cruel bow he laid full low
The harmless Albatross. . . .

He prayeth well, who loveth well
Both man and bird and beast.
He prayeth best, who loveth best
All things both great and small
For the dear God who loveth us,
He made and loveth all.” Samuel Taylor Coleridge, “Ancient Mariner“1798,1898 ed. https://archive.org/details/coleridgesrimeof00cole

There is so much crude oil on the market that landowners are getting virtually nothing, so even economicslly this makes no sense: “RPT-COLUMN-U.S. shale producers are drilling themselves into a hole: Kemp Posted:Sun, 02 Jul 2017 21:00:00 -0400 LONDON, June 30 (Reuters) – U.S. shale firms are drilling themselves into a deep hole despite warnings from industry leaders about the risk of flooding the market with too much crude.” http://feeds.reuters.com/~r/reuters/companyNews/~3/vTj_nwVJzTU/usa-shale-kemp-idUSL8N1JR40U

“MIDWAY: THE UNITED STATES OF AMERICA HONORS THE COURAGE, SACRIFICE, AND ACHIEVEMENTS OF THE AMERICAN ARMED FORCES WHO SUCCESSFULLY DEFENDED THIS ISLAND AND ITS SURROUNDING SEAS AGAINST THE EMPIRE OF JAPAN DURING THE PERIOD OF 4-7 JUNE 1942. OUTNUMBERED AND OUTGUNNED, THEY WITHSTOOD SAVAGE BOMBARDMENT, FOUGHT BACK, AND CARRIED THE FIGHT TO THE ENEMY. DARING AIR STRIKES IN THE FACE OF FIERCE RESISTANCE SANK FOUR ENEMY AIRCRAFT CARRIERS, TURNING THE TIDE OF WORLD WAR II IN THE PACIFIC. AFTER THE BATTLE OF MIDWAY, THE UNITED STATES AND ITS ALLIES FORGED AHEAD WITH EVER INCREASING STRENGTH AND CONFIDENCE TO FINAL VICTORY, SECURING THE BLESSINGS OF FREEDOM AND LIBERTY FOR GENERATIONS YET UNBORN.” https://www.abmc.gov/cemeteries-memorials/pacific/midway-memorial-marker 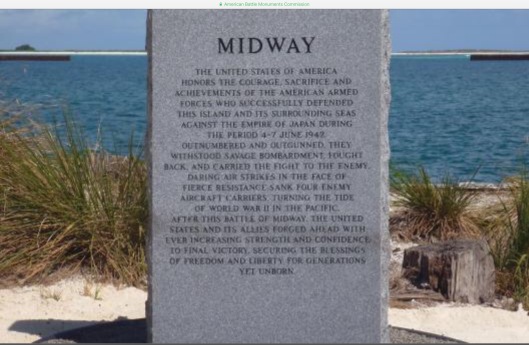 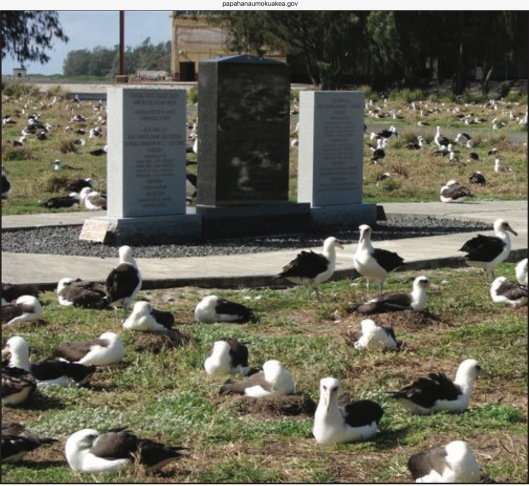