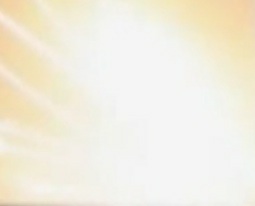 The first nuclear bomb used in war was dropped on Hiroshima, Japan, 70 years ago, on August 6th 1945. An estimated 130,000 to 150,000 died by the end of the year, thus not living long enough to suffer from cancer or other long-term radiation induced illnesses.[1]

“This “black rain” reached ground level as sticky, dark, dangerously radioactive water. It not only stained skin, clothing, and buildings, but also was ingested by breathing and by consumption of contaminated food or water, causing radiation poisoning.”
http://atomicbombmuseum.org/3_radioactivity.shtml

It’s not just the victims of Fukushima whose needs are being largely ignored by the Japanese government. Hiroshima victims still await help. Japan will force Fukushima victims back to highly radioactive areas soon. And, yet, even as Fukushima nuclear reactors continue to pour radiation into the Pacific and belch radiation into the air, Japan is planning to re-open its nuclear reactors, which due to earthquake and volcano hazard will sooner or later lead to more nuclear disasters. If they can’t or won’t help past victims why are they trying to make more?

“Over 40 survivors of the U.S. atomic bombing of Hiroshima, Japan are preparing to file a class action lawsuit demanding their government provide them health coverage for the ongoing health impacts of exposure to radioactive “black rain.”

The Japanese publication Mainichi reports:
“The A-bomb survivors — all residents of Hiroshima Prefecture — are currently not receiving assistance under the Atomic Bomb Survivors’ Assistance Law as they were outside the black rain area recognized by the government. They will apply to the Hiroshima prefectural and municipal governments for A-bomb survivors’ certificates as early as next month. They expect to be rejected, and plan to file suit seeking a nullification of those rejections.”

The survivors say they developed severe health problems, including cancer and heart disease, as a result of their exposure to the black rain—the precipitation, darkened by nuclear fallout, that fell on Hiroshima and Nagasaki following the U.S. bombings in 1945.

Over 200,000 people perished as a result of the nuclear weapons attacks and the radiation poisoning and sickness that followed.

As of March, there were 192,719 officially recognized hibakusha, or people directly impacted by the atomic bombings. Norihiro Kato argued in The New York Times last August that “the hibakusha’s suffering is not always given the acknowledgment it deserves.’ Kato continued, “Even the Japanese government has abandoned them: Not once has it protested the dropping of those two bombs.” CC-BY-SA-3.0 http://www.commondreams.org/news/2015/02/16/hiroshima-survivors-sue-over-black-rain-followed-atomic-bombing (Emphasis added)

“From Koi, looking towards Hiroshima Station, you could see the black rain falling. But from here, I couldn’t judge how much rain was falling. But based on the information I heard later, it seems that the rain fell quite heavy over a period of several hours. It was a black and sticky rain.” (90/07/30 10:38:11 SYSOP HIROSHIMA_WITNESS_No.1-3 Mr. Isao Kita, Hiroshima District Weather Bureau 3.7 km from the hypocenter, the chief weather man) http://www.nuclearweaponarchive.org/Japan/Testimon

“Then, the black rain started falling from the sky. And I wondered what it was. And it was what’s called the black rain… It was like a heavy rain. And I had my air-raid hood on, so I didn’t get it on my head fortunately, but it fell on my hands.” (90/07/30 11:15:57 SYSOP HIROSHIMA_WITNESS_No.3-1, Ms. Kinue Tomoyasu ) http://www.nuclearweaponarchive.org/Japan/Testimon

One survivor close to the bombing described a blue light (presumably as in a criticality accident). Others have described a magnesium like light. Another a red light. Still another a yellow light. We opted for using a clip of light from an experiment showing experimental sparking of uranium.

Estimated count of deaths by end of first year from: http://www.nuclearweaponarchive.org/Japan/Testimon