Rosatom is a holding company, “specialising in nuclear technology, the construction of nuclear power plants/reactors and nuclear weapons for defence platforms…” https://web.archive.org/web/20210506122803/https://www.epicos.com/company/122952/rosatom

EDF is majority owned by the French State: https://www.edf.fr/groupe-edf/espaces-dedies/investisseurs-actionnaires/l-action-edf/structure-du-capital And, Framatome is majority owned by EDF: https://www.framatome.com/EN/businessnews-106/framatome-governance-and-executive-committee.html And, yet, Framatome and Rosatom signed a cooperation agreement late last year: https://www.framatome.com/medias/framatome-and-rosatom-sign-long-term-cooperation-agreement/ HOW CAN FRAMATOME AND ROSATOM BE COMPETITORS AND PARTNERS? THIS MAKES NO SENSE. IT SOUNDS SLEAZY. THIS DEAL WAS STRUCK AFTER RUSSIA HAD BEEN MENACING UKRAINE FOR MONTHS. FRANCE AND GERMANY NEED TO SWAP GEOGRAPHICAL LOCATION WITH UKRAINE SO FRANCE AND GERMANY CAN BE NEXT DOOR TO THEIR BELOVED PUTIN AND UKRAINE CAN BE FAR AWAY!

RUSSIAN OLIGARCH POTANIN HAS ONLY BEEN SANCTIONED BY CANADA AND AUSTRALIA.

Europe has grappled with how to end its Russian energy addiction more than ever since Vladimir Putin launched his country’s unprovoked invasion of Ukraine on February 24.

The executive body of the 27-nation European Union agreed a plan in May to reduce its dependence on Russian natural gas by two-thirds by the end of the year, with a total phaseout of all Russian fossil fuel planned by the end of 2027. Coal, already on the outs in much of the bloc, will be banned by August.

But absent from sanctions, let alone discussion, is Rosatom, the Russian state-run nuclear power giant, despite a written appeal in the early days of the invasion from Ukrainian activists and NGOs to blacklist the company and ban nuclear fuel imported from Russia. https://ecoaction.org.ua/wp-content/uploads/2022/03/Open-Letter-USA.pdf

Brussels is not alone. When U.S. President Joe Biden announced a U.S. ban on Russian oil, natural gas, and coal imports in March, there was no mention of Rosatom. The Biden administration reportedly considered sanctioning Rosatom but backed off after nuclear industry lobbying and Biden’s plans to include nuclear power as part of the transition to clean energy, Reuters reported. https://www.reuters.com/world/europe/us-weighs-sanctions-russian-nuclear-power-supplier-rosatom-bloomberg-2022-03-09/

Rosatom’s footprint is deep in the global reactor and nuclear fuel business. That type of economic sway may explain why Russia’s nuclear industry “has managed to stay out of the limelight” during talk of sanctions, explained Oksana Ananyeva, an energy-policy analyst at the Ukrainian NGO Ekodia, one of the signatories of the March appeal addressed to Biden and EU leaders.

“One of the reasons for that is certainly the heavy reliance on uranium and nuclear fuel as most of the 32 countries that use nuclear power rely on Russia for some part of their nuclear fuel supply chain,” Ananyeva told RFE/RL.

Russian nuclear power radiates far beyond its borders. Of the 439 nuclear reactors in operation around the world in 2021, 38 of them were in Russia, an additional 42 were made with Russian nuclear reactor technology, and 15 more under construction were being built with Russian technology, according to a study published on May 23 at Columbia University’s Center on Global Energy Policy. https://www.energypolicy.columbia.edu/research/commentary/reducing-russian-involvement-western-nuclear-power-markets

Russia is also a source of uranium, the key ingredient in nuclear fuel. Europe gets some 20 percent of its uranium from Russia. The United States relies on Russia for 16 percent of its uranium, with another 30 percent from two of Moscow’s close partners, Kazakhstan and Uzbekistan. https://www.eia.gov/energyexplained/nuclear/where-our-uranium-comes-from.php

An EU Rethink On Nuclear Power?

In recent years, Rosatom is reported to have been part of nuclear-power industry lobby efforts to convince the EU to embrace nuclear as the bloc considers how to move faster to cleaner forms of power. According to Greenpeace, new EU nuclear capacity could be worth an estimated 500 billion euros ($521 billion) of potential investment.

The EU is scrambling to meet a goal of net-zero emissions by 2050 to prevent catastrophic global warming. Part of that process is defining what is and what isn’t a climate-friendly investment. Leaders in Brussels are seeking approval from EU countries and the European Parliament to include nuclear energy as a sustainable investment in its “taxonomy” policy for labeling green investments.

Rosatom has been accused by Greenpeace of using lobbying connections, which the environmental NGO describes as “reminiscent of nesting Russian dolls,” to press for the inclusion of nuclear energy in the taxonomy of sustainable investments, much like Russian energy firms Gazprom and LUKoil have done to include fossil gas.

In a report released on May 17, Greenpeace said its research had uncovered that Russian energy companies, including Gazprom, had met with EU commissioners and senior officials either directly or through subsidiaries and lobby groups at least 18 times since the European Commission published its action plan on sustainable finance in March 2018. https://www.greenpeace.org/eu-unit/issues/climate-energy/46227/russian-doll-gas-nuclear-lobbying-taxonomy-eu/

Beyond fuel, Rosatom is hoping to build new nuclear reactors, which are the core of its business. Hungary, heavily dependent on Russian gas and oil, has voiced opposition to proposed EU bans on Russian energy. It also has plans with Rosatom to build new reactors at its Paks nuclear power plant.

After meeting Rosatom’s chief executive in Istanbul on May 5, Hungarian Foreign Minister Peter Szijjarto said in a statement that the planned construction of the two new blocks at Paks served Hungary’s strategic interests.

Szijjarto said the Hungarian Atomic Energy Authority was reviewing the requests for permits submitted by Rosatom and once these are approved the project could enter its next phase.
The project, awarded in 2014 without a tender to Rosatom but plagued by delays, has often been cited as a sign of warm ties between Hungarian Prime Minister Viktor Orban and Putin.

While Hungary appears to be going ahead, Finland has announced it is pulling out from its planned reactor project with Rosatom. On May 2, the Finnish-led consortium Fennovoima said it had scrapped a contract with Rosatom citing delays and increased risks due to the war in Ukraine.

Rosatom, which owns a 34 percent stake in the consortium through a Finnish subsidiary, said on May 6 that it will demand compensation for the “unlawful termination” of the contract.   Europe’s Dependence

Russia’s invasion of Ukraine has also eroded some of the cooperation deals Rosatom has with other nuclear giants.

The German multinational Siemens recently told the country’s Tageszeitung newspaper that it condemns Russia’s invasion of Ukraine and had halted “all new business” within Russia but would honor already-commissioned nuclear projects with Rosatom. https://taz.de/Kooperation-mit-russischem-Staatskonzern/!5844909/

The French nuclear conglomerate Framatome has so far refused to end its cooperation with Rosatom. In December 2021, Rosatom and Framatome announced the signing of a “strategic cooperation” agreement to expand efforts to develop nuclear fuel and technologies. https://www.framatome.com/medias/framatome-and-rosatom-sign-long-term-cooperation-agreement/

And while more than 1,000 Western firms have either suspended or ended operations in Russia due to Putin’s invasion of Ukraine, Framatome doesn’t appear ready to join them.
“The agreement announced last December is still in place, but Framatome is carefully monitoring the situation in Russia and the evolution of the sanctions,” said Sharon Sinclair, a spokeswoman for Framatome, in an e-mail response to RFE/RL.

“According to the Euratom Supply Agency, 18 power plants out of the 103 in the EU, representing around 10 percent of EU gross nuclear electricity capacity, are dependent on supply of Russian fuel,” said Nucleareurope in a statement to RFE/RL.

“These concern some operators in Bulgaria, Czech Republic, Hungary, and Slovakia and one operator (out of two) in Finland. To be more specific, this fuel is for the Russian VVER-440s and VVER-1000s reactor technology, which exist in many of these countries as part of a shared history with the former Soviet Union,” Nucleareurope noted.

Washington has pledged to help the Czech Republic diversify fuel for its six Russian-designed reactors. U.S.-based Westinghouse and Framatome are due to start supplying nuclear fuel to the Temelin nuclear power plant in 2024, CEZ, the majority Czech state-owned utility, announced in April. https://www.state.gov/joint-statement-from-the-u-s-czech-republic-strategic-dialogue. https://cesky.radio.cz/jaderne-palivo-do-temelina-doda-americky-westinghouse-a-francouzska-framatome-8747591

Westinghouse has signed a deal with Ukraine to supply fuel to all four of its nuclear power plants, reports said earlier this month. https://bellona.org/news/nuclear-issues/2022-06-westinghouse-to-supply-all-of-ukraines-nuclear-fuel

The agreement also increases the planned number of new nuclear reactors Westinghouse could build in Ukraine to nine from an earlier five, and the company has pledged to establish an engineering center in the country.

In 2021, Westinghouse signed a fuel-licensing agreement with Bulgaria’s Kozloduy Nuclear Power Plant in what was described as a major step forward in Bulgaria’s energy supply diversification. https://www.world-nuclear-news.org/Articles/Westinghouse-signs-VVER-fuel-licensing-contract

Slowly but surely, the share of nuclear fuel in Europe is dropping, noted Ananyeva in e-mailed remarks to RFE/RL.

“Two other countries — Finland and Czechia [Czech Republic] — successfully diversified fuel supplies by using fuel produced by Westinghouse, so Ukraine is not the only country leading by example in this case.”

“Rosatom, (Russian: Росатом, IPA: [rɐsˈatəm]) also known as Rosatom State Nuclear Energy Corporation, the State Atomic Energy Corporation Rosatom or Rosatom State Corporation, is a Russian state corporation headquartered in Moscow that specializes in nuclear energy, nuclear non-energy goods and high-tech products. Established in 2007, the organization comprises more than 350 enterprises, including scientific research organizations, the nuclear weapons complex, and the world’s only nuclear icebreaker fleet[4]
The state corporation is one of the largest in the world’s nuclear energy industry. The organization ranks first as the largest electricity generating company in Russia, producing 215.746 TWh of electricity, 20.28%  of the country’s total electricity production. The corporation also ranks first in the overseas NPP construction, responsible for 76% of global nuclear technology exports: 35  nuclear power plant units, at different stages of development, in 12 countries, as of December 2020.[5] Rosatom also manufactures equipment and produces isotopes for nuclear medicine, carries out research, material studies; it also produces supercomputers and software as well as different nuclear and non-nuclear innovative products. Rosatom’s strategy is to further develop renewable energy and wind power.  Two units are being built in Russia at Kursk-2 NPP with plans announced for 2 more units at Kola NPP.[6] Rosatom with its 38% world market share, in 2019, takes the lead in global uranium enrichment services (36%) and covers 16% of the global nuclear fuel market.[7]…” https://en.wikipedia.org/wiki/Rosatom 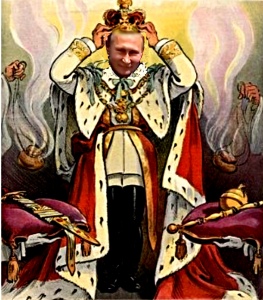