Sodium (Natrium) is highly reactive. It combusts upon contact with air, and reacts violently with water. Nuclear and sodium are a dangerous combination with a bad track record. They aren’t new and haven’t been “advanced” since the 1950s.

3 pounds of sodium plus water. Public domain via wikimedia

Bill Gates had a “net worth” of $144.2 billion (US), as of June 5, 2021, making him the fourth richest individual in the world. https://en.wikipedia.org/wiki/Bill_Gates Why are hard-working American taxpayers supposed to give him money, then, for a dangerous and costly nuclear reactor, or anything else? Why is the US incurring more debt for this? Why is Bill Gates allowed to mine the taxpayer?

Gates and TerraPower chose the Latin (and German) term for sodium, “Natrium” – perhaps to distance it from the many historic dangerous sodium reactors and maybe to sound natural:

In a Chapter 5 on “Liquid Sodium–Cooled Fast Reactors”, Ed Lyman (2021) explains: “In addition to the positive void reactivity problem, others include the use of chemically reactive liquid sodium coolant; the potential for rapid, hard-to-control power increases; and even the possibility of a small nuclear explosion, or as has often been referred to euphemistically, an “energetic core disassembly.”… sodium is a highly reactive material that combusts upon contact with air and reacts violently with water.” (Lyman, Edwin. 2021. “Advanced” Isn’t Always Better: Assessing the Safety, Security, and Environmental Impacts of Non-Light-Water Nuclear Reactors, UCS, p. 60).

On June 3rd, TerraPower and Warren Buffett owned PacifiCorp announced efforts to place a “Natrium” (sodium) nuclear reactor demonstration project at an old coal power station in Wyoming. The site is still to be announced: https://governor.wyo.gov/media/news-releases/2021-news-releases/terrapower-wyoming-governor-and-pacificorp-announce-efforts-to-advance-nuc TerraPower had a signed agreement with China for a nuclear reactor in 2013, but Trump Administration concerns about China meant that it was cancelled: https://www.energy.gov/articles/doe-announces-measures-prevent-china-s-illegal-diversion-us-civil-nuclear-technology

Last year (10-13-20) the US DOE announced a gift of $80 million of taxpayer money/debt in initial funding to Bill Gates’ TerraPower LLC through ARDP nuclear pork barrel spending, which the Trump administration had tried to reduce by 91.3%. It also gave $80 million to X-energy. The DOE plans to give $3.2 billion over 7 years to these projects, if the US Congress approves funding and if the companies match the money. TerraPower wants to “demonstrate” its “Natrium” (sodium) reactor, which is an ultra dangerous sodium‐cooled fast reactor. TerraPower’s partner is GE‐Hitachi. https://www.energy.gov/ne/articles/us-department-energy-announces-160-million-first-awards-under-advanced-reactor

See page 36 “Advanced Reactor Demonstration Program”. Overall the Trump administration tried to reduce the US DOE’s nuclear energy pork budget by 21.0%. The Trump Admin DOE budget is in “k” or thousands: https://www.energy.gov/sites/prod/files/2020/02/f71/doe-fy2021-budget-in-brief.pdf Over the course of four years (2022-2026), the Biden budget aims to give $3.5 billion to “advanced reactor” crap. And, $5 billion if he’s allowed to stay for two terms. See p. 47 of Biden budget. Note that Biden’s budget is listed in the MILLIONS not thousands: https://www.whitehouse.gov/wp-content/uploads/2021/05/budget_fy22.pdf
The so-called “advanced reactors” are actually very old concepts dating from the 1940s (see list further below).

Out of respect for Ed Lyman and the Union of Concerned Scientists, we will refrain from calling Bill Gates the spawn of the devil (even if it’s true). We put “net worth” in quotes because Bill Gates isn’t worth a dime. He’s not even worth the price of the minerals in his own body.

More detailed excerpt from Ed Lyman (2021)’s 148 page study:
“Sodium-cooled fast reactors have inherent safety disadvantages relative to LWRs [Light Water Reactors]. Fast reactor designers have worked for decades to address these issues, but for the most part they have failed to resolve them. One of the primary concerns is that compared to LWRs, these reactors commonly have a fundamental and significant instability: a positive void coefficient… this means that if the temperature of the sodium coolant increases and the sodium boils, the power of the reactor typically increases. This positive feed-back effect could lead to a rapid increase in pressure and temperature, further coolant boiling, and core damage. This effect was a major contributing factor to the 1986 Chernobyl accident, which involved a type of reactor that had a positive void coefficient. It has proven very difficult to design fast power reactors that are entirely free of this problem. In contrast, LWRs typically have a negative void coefficient and exhibit more stable behavior: as the power increases and the coolant (water) heats up and becomes less dense, the reactor power decreases…

In addition to the positive void reactivity problem, others include the use of chemically reactive liquid sodium coolant; the potential for rapid, hard-to-control power increases; and even the possibility of a small nuclear explosion, or as has often been referred to euphemistically, an “energetic core disassembly.”…

sodium is a highly reactive material that combusts upon contact with air and reacts violently with water. Problems resulting from leaks of liquid sodium coolant have played a significant role in the poor performance of fast reactor demonstration projects around the world. For example, the Monju facility in Japan was shut down for more than two decades after experiencing a sodium fire in 1995 and is now to be decommissioned.

Even though liquid sodium exerts low pressure during normal operation in a fast reactor, the increases in pressure and temperature resulting from a sodium fire could be severe and potentially breach the reactor vessel, piping, and containment. To reduce the risk of the sodium fires that have affected many fast reactor projects, current designs are equipped with elaborate systems for sodium leak detection, leak mitigation, and fire suppression. In addition, unlike LWRs, sodium-cooled fast reactors must have an intermediate sodium coolant loop between the primary system and the steam production system, to reduce the risk of radioactive sodium in the primary coolant system coming into contact with—and violently reacting with—water. As mentioned above, to avoid the difficulties of liquid sodium, some have proposed using a lead-bismuth or pure lead coolant instead, which would eliminate the risk of violent sodium-air or sodium-water reactions. However, stainless steel is highly vulnerable to corrosion from molten lead, introducing other problems…. (pp. 59-60 Lyman, Edwin. 2021. “Advanced” Isn’t Always Better: Assessing the Safety, Security, and Environmental Impacts of Non-Light-Water Nuclear Reactors. Cambridge, MA: Union of Concerned Scientists. https://doi.org/10.47923/2021.14000 https://ucsusa.org/sites/default/files/2021-05/ucs-rpt-AR-3.21-web_Mayrev.pdf

On November 29, 1955, the Experimental Breeder Reactor I, located in Idaho, had the notoriety of being the first nuclear reactor to undergo an accidental, “unintended”, meltdown according to “Proving the Principle – A History of the Idaho National Engineering and Environmental Laboratory, 1949-1999, pp. 135-136. 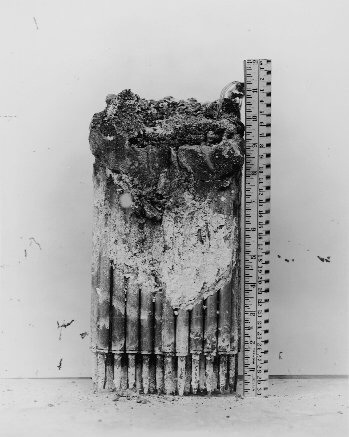