Kamala Harris’ uncle, G. Balachandran, boasted after India’s 1998 nuclear weapons test: “It’s not a failure of the CIA,” said Indian nuclear researcher G. Balachandran. “It’s a matter of their intelligence being good, our deception being better.” See: “CIA searching for answers behind its India-Nuclear failure” Saturday, May 16, 1998 https://fas.org/irp/news/1998/05/may16_cia.html

Iran is supposed to be inspected, but India and Pakistan are not:
“Neither India or Pakistan have signed the international Treaty on the Non-Proliferation of Nuclear Weapons, adhered to by most nuclear powers. Consequently, they are not obliged to submit to IAEA oversight over all of their facilities.” See: “Exclusive: India, Pakistan nuclear procurement networks larger than thought, study shows” By Alasdair Pal, APRIL 30, 2020, Reuters https://archive.vn/1TUI5

“Unless India agrees to open its military facilities to nuclear inspectors, sale of uranium by Australia to that country will be a breach of Federal government`s obligations under the South Pacific Nuclear Free Zone Treaty, a noted legal expert said…” See: “Sale of uranium to India will violate treaty“’, Updated: Nov 29, 2011, 09:43 AM IST, Zee News https://archive.vn/ZGdB6

From: https://en.radiofarda.com/a/iran-atomic-agency-spokesman-boasts-of-enriched-uranium-stockpile-/30825727.html
“Iran Atomic Agency Spokesman Boasts Of Enriched Uranium Stockpile
September 07, 2020 By Radio Farda
The spokesman for the Atomic Energy Organization of Iran (AEOI) says that Iran has stored more than three tons of enriched uranium, and that the nation is currently producing 250 to 300 kilograms of uranium per month.

Speaking to the state-run Iran Students News Agency (ISNA) on Saturday, Behrouz Kamalvandi said that Iran’s enriched uranium production and storage levels are as prolific as they were before the 2015 Joint Comprehensive Plan of Action (JCPOA) nuclear deal reduced Iran’s nuclear reserves.

The International Atomic Energy Agency (IAEA) previously announced in its quarterly report that Iran’s low-grade enriched uranium reserves had reached 2,320 kilograms, which is more than ten times the limit set by the JCPOA.

Based on the nuclear deal conditions, Iran is only permitted to store less than 203 kilograms of low-grade uranium reserves at any given time. Still, Iran has said it is waiving some of its nuclear obligations in protest of U.S. sanctions.

In a motion led by Britain, France and Germany, the IAEA Board of Governors met in Vienna last Friday and drafted a proposal, the first of its kind in eight years, reprimanding Iran for its recent nuclear activities. Among Iran’s alleged crimes was the country’s refusal to grant IAEA inspectors access to two suspected nuclear sites, one near the capital city of Tehran, and another in Shahreza in the central province of Isfahan.

After a lengthy stand-off, Iran allowed IAEA inspectors to visit one of the suspected sites, with inspectors scheduled to visit the second site later in September. Iran declined to share additional location information.

Responding to IAEA concern over Iran’s production and development of more advanced centrifuges, Kamalvandi said that the country is in fact “currently testing (more advanced) IR-6, IR-8, and IR-9 centrifuges.”

“The IR-6, IR-8, and IR-9 centrifuges are being well tested, and we are currently in the process of completing research,” Kamalvandi continued. “These centrifuges are becoming more efficient day by day, and if decided, it will be possible to produce these machines industrially.”

Kamalvandi also referred to a recent report by the IAEA on Iran’s nuclear activity, saying the information was in line with Iran’s expectations.

Kamalvandi also spoke about redesigning Iran’s Arak nuclear facility and suggested that testing could start on the reactor next year. Praising Iran’s “cooperation with the Chinese” in redesigning the Arak reactor, Kamalvandi said that, despite U.S. pressures, China and Iran’s work on the reactor has so far been “good.”

As for Iran’s stockpiling and sale of heavy water, “Even before the JCPOA, we announced that we would export our surplus heavy-water; we did not say we wouldn’t produce over 130 tons,” Kamalvandi said, with the IAEA report confirming that Iran’s stockpile of heavy water was below the agreed-upon 130-ton limit.

“We have gained tens of millions of dollars through heavy water sales under the current circumstance.”

Kamalvandi’s claims follow comments made recently by Iranian Vice President Mohammad Baqer Nobakht that, under the current U.S. sanctions, Iran could not sell even a drop of its crude oil. 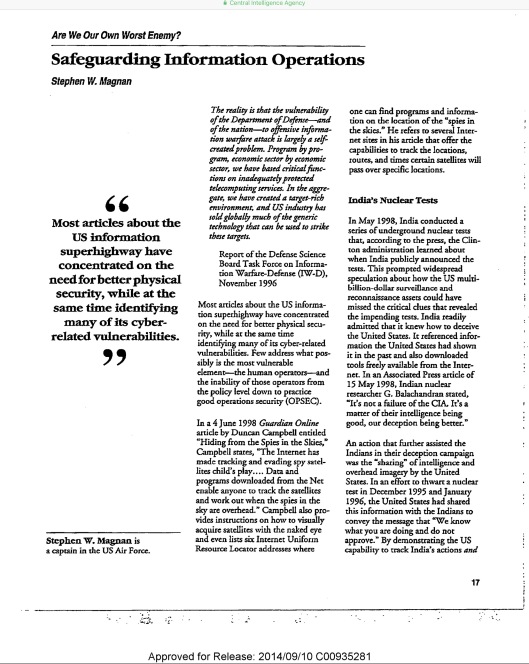