In an op-ed in Wednesday’s Wall Street Journal, Bolton writes that during the 2018 G-20 summit in Buenos Aires, Trump asked Xi to increase China’s purchase of American agricultural products to help Trump secure votes in farm states in the November 2020 U.S. election, in return for a more favorable tariff rate on Chinese goods.

Bolton writes that in their meeting of June 29, 2019, during the G-20 summit in Osaka, Japan, Xi told Trump that the U.S.-China relationship was the most important in the world.

The same account of the Trump-Xi interaction is laid out in Bolton’s 592-page upcoming book, The Room Where It Happened: A White House Memoir, copies of which were obtained by The New York Times and The Washington Post.

“He (Trump) stressed the importance of farmers, and increased Chinese purchases of soybeans and wheat in the electoral outcome. I would print Trump’s exact words, but the government’s prepublication review process has decided otherwise.”

The book is scheduled to be released next week, but it is embroiled in an escalating legal battle.  The Justice Department filed an emergency order Wednesday night to block publication of Bolton’s book, a day after filing a lawsuit on Tuesday to potentially stop its publication. The administration argues that Bolton breached nondisclosure agreements and was risking national security.

Bolton’s legal team filed a motion Thursday to dismiss the Justice Department’s lawsuit.  The team’s filing said the Justice Department’s motion is an attack on freedom of speech guaranteed in the First Amendment. “It is difficult to conceive of a greater attack on the First Amendment than the suppression of that speech in the service of a re-election campaign. But that, we respectfully submit, is precisely what is happening in this case.” Trump is up for re-election in November.

During an interview on Fox News Channel Wednesday night, Trump said Bolton “broke the law” by revealing “classified information.”  The president expressed similar views during a White House event Tuesday, calling the book a “criminal liability.” “That to me is a very strong criminal problem,” Trump said. “And he knows he’s got classified information. Any conversation with me is classified, but then it becomes even worse if he lies about the conversation.” National Security Agency Director General Paul Nakasone said in a federal court affidavit that the information in Bolton’s book “could cause irreparable damage” to U.S. national security. Trump and Attorney General William Barr allege that Bolton did not complete the White House manuscript review process.

Bolton’s lawyer says the book does not contain classified material and that it underwent a review process that was concluded in April.

White House press secretary Kayleigh McEnany during a briefing with reporters Wednesday repeated the administration’s claim. She said Bolton “should know all too well that it’s unacceptable to have highly classified information from the government of the United States in a book that will be published.”

In his book, Bolton says that the Democrat-controlled U.S. House of Representatives should have expanded their 2019 Trump impeachment inquiry beyond whether the U.S. president pressured Ukraine’s leader to dig up political dirt on his presumed rival, Democratic presidential candidate Joe Biden, in exchange for military aid. Bolton says Democrats should have looked at other instances where the president allegedly intervened in law enforcement matters for political reasons.

“The pattern looked like obstruction of justice as a way of life, which we couldn’t accept,” writes Bolton, adding that he reported his concerns to Barr.

Bolton’s book also describes how in Osaka, Trump signaled his approval of China’s internment of as many as 1 million Uighur Muslims, an ethnic minority in Xinjiang.

During an opening dinner of the 2019 G-20 meeting in Osaka attended only by interpreters, Xi explained to Trump “why he was basically building concentration camps” in the northwest Chinese province. According to Bolton, the American interpreter said that Trump expressed that Xi should go ahead with building them. Bolton writes that he was told by National Security Council official Matt Pottinger that Trump had said something similar during a 2017 trip to China.

Bolton’s book also provides highlights on other foreign policy decisions, including how poorly Trump handled his 2018 meeting with North Korean leader Kim Jong Un. Secretary of State Mike Pompeo, according to the book, declared Trump’s strategy on North Korea as having “zero probability of success” while Bolton says the president saw the denuclearization effort in the Korean Peninsula merely as a “an exercise in publicity.”

The book includes examples of disdain from Trump’s closest advisers speaking behind the president’s back. According to the book, after Trump completed a phone call with South Korean President Moon Jae-In ahead of the 2018 Singapore summit with North Korea, Pompeo told Bolton he was “having a cardiac arrest” as he listened to the conversation, while Bolton described it as a “near death experience.”

Bolton also alleges that Trump offered to reverse criminal prosecution against Chinese telecom firm Huawei if it would help in the trade deal with Beijing.

“These and innumerable other similar conversations with Trump formed a pattern of fundamentally unacceptable behavior that eroded the very legitimacy of the presidency,” Bolton writes in his op-ed. “Had Democratic impeachment advocates not been so obsessed with their Ukraine blitzkrieg in 2019, had they taken the time to inquire more systematically about Trump’s behavior across his entire foreign policy, the impeachment outcome might well have been different.”

Criticism of Bolton
Bolton is a conservative who has worked in Republican administrations including those of Ronald Reagan, George Bush and George W. Bush. In his tenure as W. Bush’s United Nations ambassador as well as Trump’s adviser, Bolton advocated for a hardline foreign policy, supported the Iraq war and favored military action against rogue states such as North Korea and Iran.

While other former Trump administration officials have spoken against the president, Bolton’s account is one of the most scathing to come from someone who was once part of Trump’s closest circle of foreign policy advisers.

Bolton resigned in September after he clashed with the president over foreign policy decisions pertaining to Iran, North Korea, Ukraine and attempts for a peace deal in Afghanistan with the Taliban. The president said that he fired Bolton.

Bolton continues to be scorned by Democrats for not coming forward during impeachment proceedings and instead saving his account for a $2 million book contract.

Bolton’s staff were asked to testify before the House to Trump’s abuses, and did. They had a lot to lose and showed real courage.

When Bolton was asked, he refused, and said he’d sue if subpoenaed. Instead, he saved it for a book.

Bolton may be an author, but he’s no patriot.

Trump was impeached in January by the Democrat-controlled House of Representatives for abuse of power and obstruction of Congress over the Ukraine affair but was acquitted a month later by the Republican-controlled Senate. Bolton declined to testify in the inquiry, saying he would only do so if the court ruled that former aides should provide testimony over White House objections.

Senate Democratic Leader Chuck Schumer released a statement Wednesday in response to reporting on Bolton’s book. “It was clear then and could not be any clearer now: the vote to convict and remove Donald Trump from office was absolutely the right vote. The revelations in Mr. Bolton’s book make Senate Republicans’ craven actions on impeachment look even worse – and history will judge them for it.”…” https://www.voanews.com/usa/us-politics/trump-engaged-world-leaders-his-own-gains-bolton-says

“Judge Rules Book About Trump Presidency Can Be Published
By VOA News
Updated June 20, 2020 01:29 PM
WASHINGTON – A U.S. federal judge ruled Saturday that former U.S. national security adviser John Bolton’s book about the Trump Administration can be published, despite an emergency request from the Justice Department to block it.

The tell-all book by the president’s former aide, set to go on sale Tuesday, is critical of President Donald Trump’s foreign policy decision-making during the year-and-a-half Bolton worked in the White House.

The Justice Department maintained that classified information could be exposed if the book is published, but U.S. District Judge Royce Lamberth said Bolton could move forward with its publication, declaring that thousands of copies already have been shipped to vendors.

“A single dedicated individual with a book in hand could publish its contents far and wide from his local coffee shop,” Lamberth wrote. “With hundreds of thousands of copies around the globe — many in newsrooms — the damage is done. There is no restoring the status quo.”

Judge Lamberth concluded that Bolton “gambled” with U.S. national security and “exposed his country to harm and himself to civil [and potentially criminal] liability.” Trump tweeted Judge Lamberth’s ruling is a “BIG COURT WIN against Bolton” and cited Lamberth’s “strong & powerful statements” about Bolton.

Bolton has denied the book contains classified information and has maintained that a career White House official approved the manuscript in April“. https://www.voanews.com/usa/us-politics/judge-rules-book-about-trump-presidency-can-be-published 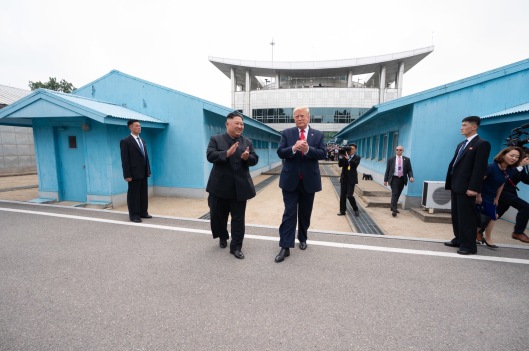 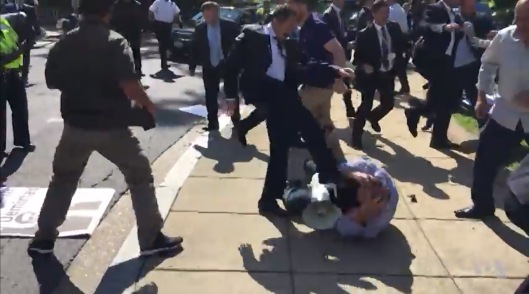 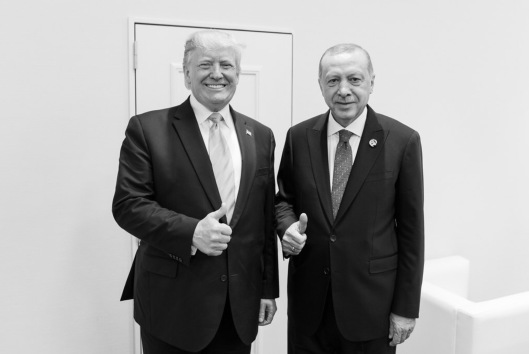