Have to wonder if it was an accident, since Trump hates VOA. He finally got a new VOA head approved, but the full effects are not yet seen. (Update note: Trump VOA head was only fully approved later in the day on June 4th)
Putin must be thrilled.

Screenshot from the video, which is found at the link: https://www.voanews.com/press-freedom/voa-journalist-hit-police-fire-toward-press-protesters-dc
“VOA Journalist Hit as Police Fire Toward Press, Protesters in DC
By Jessica Jerreat
Updated June 04, 2020 12:12 AM
WASHINGTON – More than 200 journalists have reported being attacked, injured or detained or have had equipment destroyed while covering nationwide protests over the death of George Floyd while in police custody in Minneapolis.

Amid the mobs, fires and looting, journalists have themselves become news when confronted by police or protesters while doing their jobs to inform the public.

Jason Patinkin, a VOA journalist, was one of those caught in the crossfire.

Patinkin said he thought that as he was leaving protests around Lafayette Square and the White House about 11 p.m. on Sunday, police fired at him and another news crew on the scene.

Patinkin said that as he was leaving the area, a loud bang could be heard and what appeared to be a flashbang device arced and landed near the feet of the news crew.

He said he turned his camera back on and then watched as an officer raised a weapon and fired in his direction. Patinkin said he “didn’t quite think he would shoot me.”

In footage of the incident, a projectile appears to ricochet off the ground before it hit Patinkin on the left shoulder.

The journalist said he felt something hit the protective flak jacket he was wearing near his left shoulder.

Patinkin said his press badge was displayed, although it was nighttime. At least one person on his video could be heard yelling, “Press!”

His video shows a line of more than two dozen officers across the intersection of 16th and and I streets. Protesters were also in the area, he said.

It was unclear whether the officers were from the District of Columbia metro force or the federal Park Service, which protects Lafayette Square and others in the capital.

A spokesman for the Park Service police said there was no way to know. The metro police did not respond to calls and emails. Both organizations have been policing protests in the city.

Journalists across the U.S. have shared similar accounts and related images, including injuries from rubber bullets.

In Long Beach, California, KPCC radio reporter Adolfo Guzman-Lopez was hit in the throat with a rubber bullet. At a news conference Monday, the city mayor apologized, and the chief of police said he would investigate.

I just got hit by a rubber bullet near the bottom of my throat. I had just interviewed a man with my phone at 3rd and Pine and a police officer aimed and shot me in the throat, I saw the bullet bounce onto the street @LAist @kpcc OK, that’s one way to stop me, for a while pic.twitter.com/9C2u5KmscG

Freelance journalist Linda Tirado told the U.S. Press Freedom Tracker, a group that documents press freedom violations in the U.S., that she required hospital treatment after being hit by a projectile on the side of her head while covering protests in Minneapolis.

Tirado later tweeted that she lost the sight in her eye [permanently].

an update: I am permanently blind in my left eye, and the docs absolutely refuse to let me go back to work for they say six weeks. I’m definitely not allowed to be near smoke or gas.

The Minneapolis office of public information told VOA earlier this week that several law enforcement agencies were assisting at protests, and that encounters with the city’s police were under review.

The Press Freedom Tracker is investigating more than 200 incidents involving journalists, including 40 who were detained or zip-tied and more than 150 assaults. Most of the latter involved police firing tear gas and rubber bullets or using pepper spray.

Folks have been asking for data on press freedom incidents by location, here's a preliminary count:

We are horrified by the continued use of harsh and sometimes violent actions of police against journalists doing their jobs. These are direct violations of press freedom, a fundamental constitutional value of the United States,” said CPJ Program Director Carlos Martinez de la Serna in a Monday statement.

Patinkin said he had been in tense or threatening situations before: He was detained briefly alongside other journalists while covering peaceful protests in Tanzania; armed groups surrounded a hotel he and other media were in in Khartoum; and a colleague was arrested during Standing Rock protests by Native American tribes to block a pipeline in North Dakota.

Attacks on the media, he said, are “hugely damaging” because they get in the way of delivering information when the public needs it most. “I don’t know what happened to those protesters there, because I was shot at, so I left,” he said.” https://www.voanews.com/press-freedom/voa-journalist-hit-police-fire-toward-press-protesters-dc 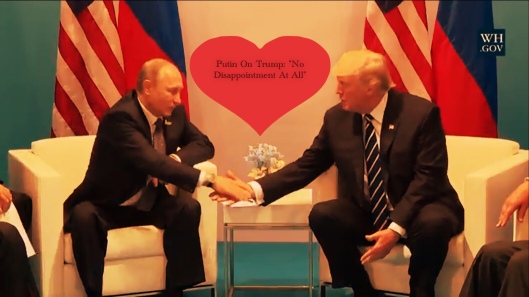