Today President Lukashenka of Belarus is in Russia. On Russia’s agenda is further integration of Belarus and Russia. 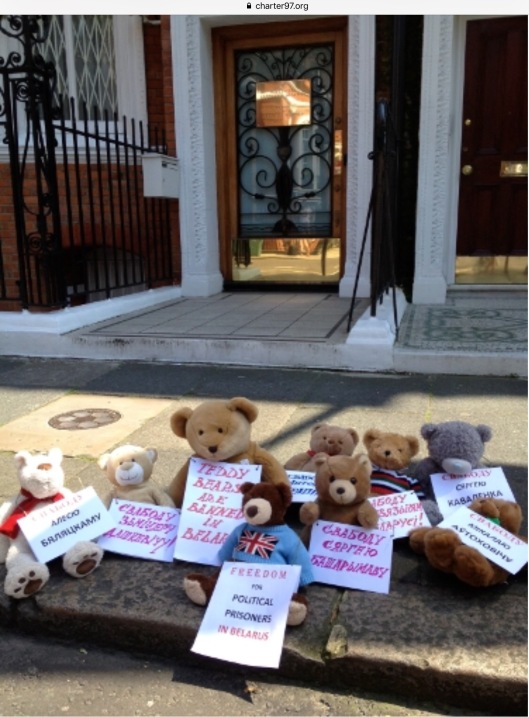 Teddybear Airdrop Minsk 2012 took place over Belarus on July 4, 2012. The Swedish advertising agency, Studio Total, used an airplane to drop several hundred teddy bears by parachute with small signs carrying pro-democracy messages. This was inspired by pro-democracy activists in Belarus, who were arrested so many times that they put out toy bears with signs instead, and then the bears were confiscated by police. One of the pilots, Tomas Mazetti, stated in a Deutsche Welle (2-08-2012) interview: “we flew in teddy bears and airdropped them to support those arrested teddy bears“.[1]

From Charter’97 Press Center:
“British teddy bears attack (Photo) 27.07.2012, 0:31
Belarusian diplomats were so afraid of toys that called the police.

Once again, teddy bears appeared at the Belarusian Embassy in London, despite the threat of Lukashenka’s “diplomats”.

As organizers reported to charter97.org, this time, on July 26 already 9 teddy bears were brought to the embassy of Belarus in London by BBC journalists and human rights activists. Because of the cameras, employees of the Belarusian embassy were afraid to even appear in windows of the diplomatic mission.

Nevertheless, they cowardly called the police and said that the embassy of Belarus was “attacked”.

After two policemen, who responded to the call, arrived there and saw that Belarusian diplomats are afraid of teddy bears, they just laughed.

The organizers have told the policemen about the disgrace of the Belarusian Air Defense, which missed a plane with the toys into the country, and about political prisoners in jails and the persecution of dissidents in Belarus. It seems that the police officers already were informed about the last dictatorship in Europe and the fact that Lukashenka was not allowed to go to the Olympics in London, so they only supported the peaceful action of nonviolent resistance.

Recall that for a week teddy bears continue to appear at the embassy of Belarus in London as a symbol of the rally of Swedish human rights activists in support of freedom of speech in Belarus and a sign of support for people arrested on this case. Every day it the number of teddy bears increases by one.

[1] https://en.wikipedia.org/wiki/Teddybear_Airdrop_Minsk_2012
“Belarus in a stir as teddy bears fall from the sky
A teddy bear invasion by a Swedish advertising company demanding free speech in Belarus caused a stir in the country – the authorities wanted to keep it a secret. DW spoke to one of the pilots about the stunt.” Date 02.08.2012 Author Interview: Helen Seeney / sst https://www.dw.com/en/belarus-in-a-stir-as-teddy-bears-fall-from-the-sky/a-16139066 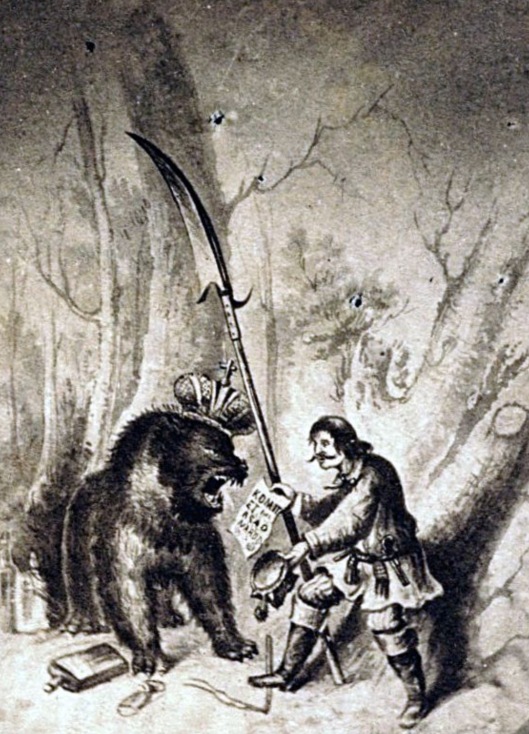