The center today can be the periphery of tomorrow; the center of yesterday may be today’s periphery. 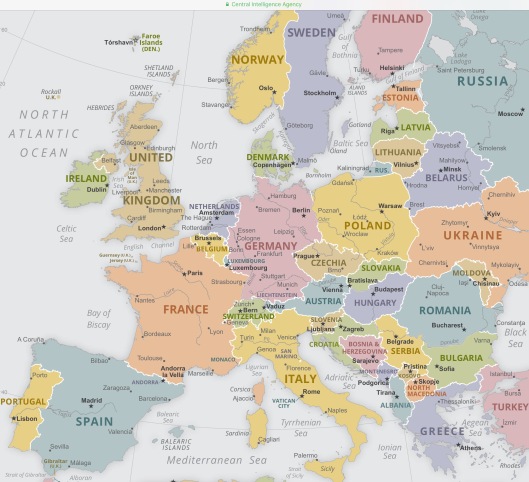 From the Charter’97 Press Center:
“The Deep Gulf Between Belarus and China
25.04.2019, 17:23
The advanced “assembly shop of the Soviet Union” is becoming a lagging raw material appendage of more developed countries.

During his trip to Beijing, Lukashenka boasted about the latest achievements in trade between the two countries. According to him, in 2018 the turnover of goods and services between Belarus and China reached almost 4.5 billion dollars, BelTA informs.

If you get to know what this figure is made of, then the achievement does not look so impressive, because most of the Belarusian-Chinese trade turnover are goods and services that move from Celestial to our country, reports Solidarity.

For example, only with regard to the goods from the turnover of 3.6 billion dollars, more than 2.5 billion is a powerful stream of Chinese goods entering Belarus. For comparison: Belarusian goods are moving to China in the form of a relatively small “stream” – from 800-900 million dollars to 1.5 billion in the best years.

But, perhaps best of all, the deep gulf between the economies of the two countries is characterized by the data what exactly these two countries are selling to each other.

China supplies to Belarus the following, most of all: communications equipment, computers, spare parts and fabrics from synthetic multifilament yarns, parts and fittings for automobiles and other equipment.

If China seeks to sell sophisticated and expensive products of the 21st century, then Belarus seems to rely on cheap and uncomplicated products, originally from the 20th or even the 19th century.

With such a comparison, a sad fact emerges: the once-advanced “assembly shop of the Soviet Union”, which Belarus state television channels often refer to, is gradually turning into a lagging raw material appendage of more developed countries.
© 1998–2019 Хартыя’97 http://www.charter97.org
Remember, please, you are expected to refer to the Charter’97 Press Center when using the site materials. The publisher: Charter97.org in Warsaw: ISSN 2543-4969 https://charter97.org/en/news/2019/4/25/331886/
https://creativecommons.org/licenses/by/3.0/pl/

Belarus was the birthplace of hero of the American Revolution, Thaddeus Kościuszko, who also fought for freedom against imperialist Russia (and Prussia). Belarus is currently threatened by Russia. If Belarus is absorbed by Russia, then Poland, Ukraine, Lithuania and Latvia could be next. Belarus was more badly hit by the Chernobyl nuclear disaster than Ukraine, and the impacts remain.