If the SDF (Syrian Democratic Forces) are fighting for their own lives due to an invasion by Turkish forces, how they can guard prisons full of Islamic State fighters? Due to Trump’s withdrawal, they are no longer US backed. Letting the terrorists loose is apparently part of Trump’s birthday present to Putin (Oct. 7th).

From VOA News:
“Factbox: Foreign Fighters Held by US-Supported SDF
By Jeff Seldin
October 7, 2019 09:42 PM
After helping to defeat the Islamic State in Syria, the U.S.-backed Syrian Democratic Forces (SDF) were put in charge of guarding Islamic State fighters — many of them foreigners to Syria — and their wives and children, with tens of thousands of fighters, women and children stuck in prisons or camps across northeastern Syria, U.S. officials said.

For months, the U.S. has been urging countries, especially its Western allies, to take back and prosecute citizens who left to fight with IS, also known as ISIS or Daesh. They have also called up upon them to repatriate family members who traveled to or were born into the terror group’s self-declared caliphate.  But those calls have largely gone unheeded.

President Donald Trump’s announcement Monday of a U.S. withdrawal from northern Syria, paving the way for a Turkish military operation against a Kurdish militia in the area, leaves unanswered what will happen to those imprisoned fighters and their families.

Here are the numbers of fighters and their family members believed held in northeastern Syria:

11,000: Total estimated fighters in Syrian Democratic Forces (SDF) custody, in more than 30 makeshift prisons, such as converted schools and hospitals, per U.S. officials.

More than 2,000: Total estimated foreign fighters in SDF custody, according to the U.S.

More than 2,200: Total estimated foreign fighters in SDF custody, according to the Syrian Democratic Council.

About 100,000: Total estimated number of displaced people in camps across northeastern Syria, according to the Norwegian Refugee Council.”
https://www.voanews.com/usa/us-politics/factbox-foreign-fighters-held-us-supported-sdf

Any #Turkish attack would "provide an opportunity for the thousands of [#ISIS] detainees and their families held by the Syrian Democratic Forces (#SDF) in camps and prisons to flee, which would pose a threat to the region and the world.” @CENTCOM @EsperDoDhttps://t.co/K5MSc5gQQt 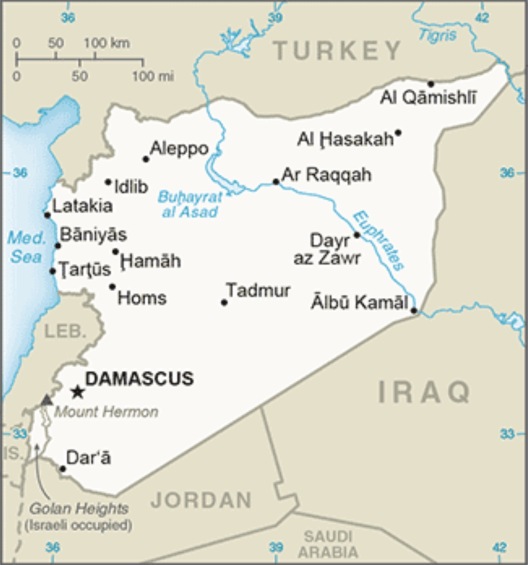