This is really heinous – Trump and friends shaking down the President of another country. It’s also an embarrassment to the United States. The Chargé d’Affaires for Ukraine, Bill Taylor, thought so too:
“Bill Taylor, September 9, 2019:  “The message to the Ukrainians (and Russians) we send with the decision on security assistance is key.  With the hold, we have already shaken their faith in us.  Thus my nightmare scenario… As I said on the phone, I think it’s crazy to withhold security assistance for help with a political campaign.”

Under former Ukrainian President Poroshenko, Ukraine paid BGR (Barbour-Griffith-Rogers) group to help it with US-Ukraine relations. Since BGR group is composed of Republican operatives that support Trump, this seems already a sort of extortion. Now Kurt Volker, who works as a “Senior International Advisor” for BGR group, was involved in (attempted?) extortion of the new President of Ukraine, Zelenskiy. BGR group is connected to Trump and all sorts of nasty things. For instance: https://miningawareness.wordpress.com/2019/05/27/bgr-groups-ed-rogers-connection-to-bccis-godfather-of-middle-east-intelligence-kamal-adham-now-rogers-writes-for-wapo-reps-russian-oligarchs/

These are the text messages combined – the originals were printed on separate pages. They are followed by a more readable version which was annotated by Congress. 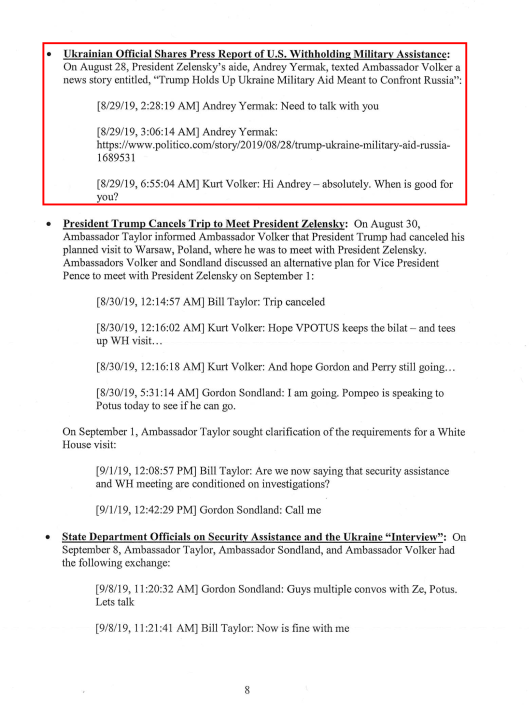 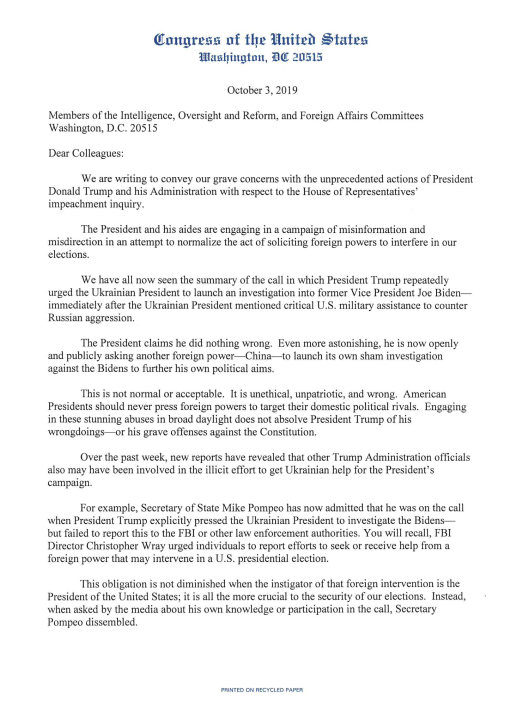 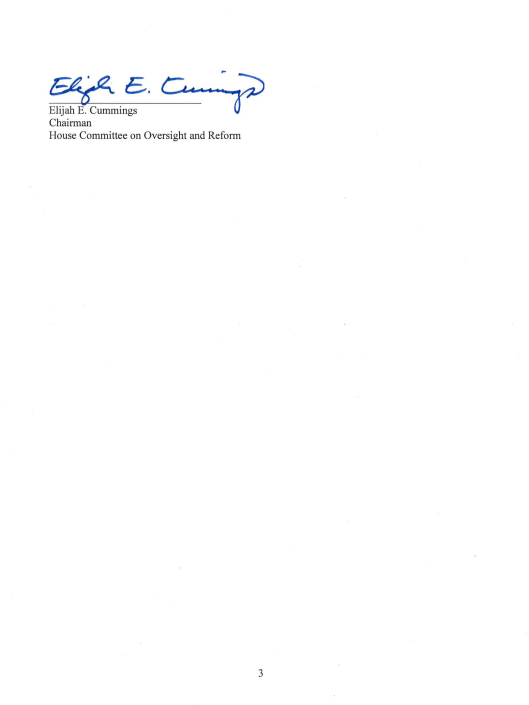