Introduction to the topic
Nazi Germany and the Soviet Union (Russia) signed a Treaty of Non-aggression on 23 August 1939, in which they agreed to divide up Poland, Latvia, Lithuania, Estonia and Finland. The Soviet Union invaded Poland on 17 September 1939. The agreement was in place until Hitler launched an attack on the Soviet Union in Eastern Poland on 22 June 1941 (Operation Barbarossa): https://en.wikipedia.org/wiki/Molotov–Ribbentrop_Pact

Nazi Germany and the Soviet Union erased Poland from the map.
This wasn’t the first time, but hopefully will be the last time.

“Prior to 1918, Poland had been partitioned among its neighbours and wiped off the map of Europe for more than 120 years.” http://www.thenews.pl/1/9/Artykul/334660,Poland-celebrates-Independence-Day

The below is based on a statement by the Polish government’s Institute of National Remembrance (INR).

The Russian Ministry of Defense has published archives which they claimed would change the traditional view of the signing of the Soviet-Nazi non-aggression pact, which led to the splitting of Poland in two by them.

The statement by the Polish government’s Institute of National Remembrance (INR) says that “The first part of the documents consists of materials (cipher telegrams) sent on 21 and 26 September 1939 by the head of the Political Administration of the Red Army Komandarm [Army General] of the 1st rank Lev Mekhlis to the members of the Bureau of the Central Committee of the Russian Communist Party (Bolsheviks).” Russia claims that the Red Army was greeted with enthusiasm. The INR remarks that while this was the case for some members of national minorities, it wasn’t true of the majority of inhabitants of Poland. Furthermore, this is old Soviet propaganda, and the facts presented are neither new nor previously unknown. According to the INR: “the overall picture which emerges from Mekhlis’s reports, portraying the unanimous support of the people of the Eastern Borderlands for the approaching Red Army, is completely false. In addition, contrary to what has been stated on the website of the Ministry of Defense of the Russian Federation, Mekhlis’s cipher telegrams of September 1939 are nothing new: the telegram of 21 September was published almost a quarter of a century ago in Agresja sowiecka na Polskę 17 września 1939 w świetle dokumentów. Geneza i skutki agresji, Warsaw 1994, p.198. [Soviet Aggression on Poland on 17 September 1939 in Light of Documents. The Genesis and Effects of the Aggression]. The  publication also contains a further cipher telegram, of 24 September 1939, written by Mekhlis (p. 216), not published on the website. All of the above prompts the claim that the cipher telegrams of September 1939 written by the head of the Red Army Political Administration are well-known materials, and as such can hardly change anything in the perception of the reasons for signing the Molotov-Ribbentrop Pact.”

The Institute of National Remembrance point out that another section of documents is comprised of a memo, written in March 1938, by a Soviet staff officer, which speculated that Poland might join the “fascist block“. However, in the “few months leading to the signing of the Molotov-Ribbentrop Pact – Soviet military documents treat Poland neither as the Soviet Union’s potential enemy, nor as an element of the “fascist bloc”“. Rather, Poland “is perceived exclusively as an unquestionable target of the German aggression, planned for late August or early September 1939. Finally, it must also be said that on 10 July and 11 August 1939 that very same Shaposhnikov sent memoranda to members of the Soviet Union’s highest authorities, forecasting four possible variants of the outbreak of European war which might lead to the Soviet Union’s military involvement. The said memoranda do not list Poland as a country which would start a war. In Shaposhnikov’s view, that could be perpetrated either by Germany, or acting jointly, Hungary and Bulgaria. In conclusion, it can be said that on the eve of the signing of the Molotov-Ribbentrop Pact, the Red Army’s Chief of Staff did not see Poland as a threat to the Soviet Union. In view of the above, quoting his 1938 speculations as a reason for signing the pact with Germany must be treated as ahistorical manipulation.”

As the Institute of National Remembrance notes:
“The manipulation conforms to today’s Russian historical propaganda aimed at discrediting our country through presenting Poland as a state plotting with the Third Reich before the outbreak of the Second World War.”

Another fragment, on the Russian web site is “entitled “September 1939“, and contains testimony by German “Lieutenant-General Hermann Böhme (1896–1968), given in Soviet captivity“. The transcription of his “testimony is entitled Combat operations of the IInd German Army Corps during the offensive in Poland in 1939“, and is 33 pages long. After describing the content (see link below), the Institute of National Remembrance states that “The description of events recounted by General Böhme is a typical military account, free of any political remarks. It is difficult to understand why it should affect or alter our knowledge of the events preceding the outbreak of World War II and the reasons for signing the Molotov-Ribbentop Pact.”

The Institute of National Remembrance concludes:
“To sum up, it can be stated that the documents published on the website of the Ministry of Defence of the Russian Federation do not give any grounds for a review of the state of knowledge about the period immediately preceding the outbreak of World War II, and in particular the reasons for the conclusion of the Molotov-Ribbentrop Pact. Claiming otherwise – as it has been done on the aforementioned website – at best proves the incompetence of the authors of the page, and at worst – their desire to manipulate history.” The original statement in its entirety and in additional languages is found at the web site: https://ipn.gov.pl/en/news/2365,Statement-on-the-historical-materials-posted-on-the-website-of-the-Ministry-of-D.html

Much more information can be found here: http://1september39.com 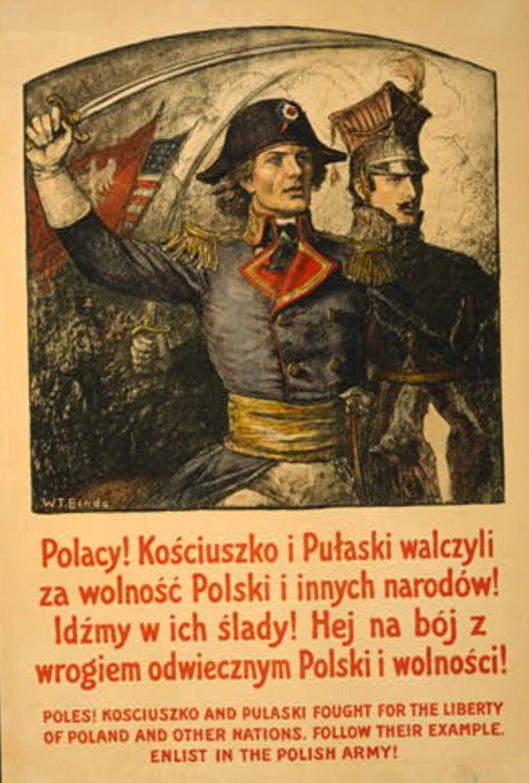