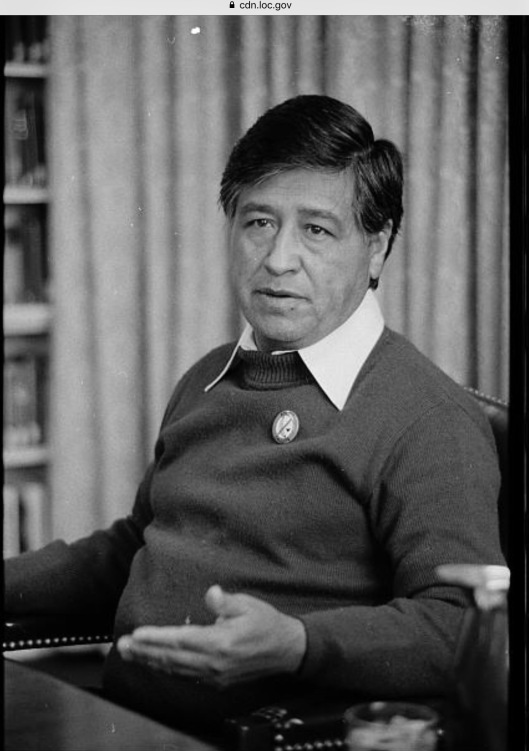 This is before most people’s brains fell out and there was still common sense.
Almost no one asks why the people are leaving their land, either, to come to the United States: https://miningawareness.wordpress.com/2019/04/23/examining-the-exploitive-role-of-ethnic-germans-in-guatemala-to-better-contextualize-the-us-border-crisis/

Excerpted from https://en.wikipedia.org/wiki/United_Farm_Workers:
“The UFW during Chavez’s tenure was committed to restricting immigration. With the introduction of new laws restricting immigration like the Alien Contract Labor Act of 1885, Chavez and other like-minded individuals fought the influx of people that could hurt their cause. Chavez and Dolores Huerta, co-founder and president of the UFW, fought the Bracero Program that existed from 1942 to 1964.

Their opposition stemmed from their belief that the program undermined U.S. workers and exploited the migrant workers. Since the Bracero Program ensured a constant supply of cheap immigrant labor for growers, immigrants could not protest any infringement of their rights, lest they be fired and replaced. Their efforts contributed to Congress ending the Bracero Program in 1964…

On a few occasions, concerns that illegal immigrant labor would undermine UFW strike campaigns led to controversial events, The UFW describes these as anti-strikebreaking events, but some have also interpreted them as anti-immigrant.

In 1969, Chavez and members of the UFW marched through the Imperial and Coachella Valleys to the border of Mexico to protest growers’ use of illegal immigrants as strikebreakers. In its early years, the UFW and Chavez went so far as to report illegal immigrants who served as strikebreaking replacement workers (as well as those who refused to unionize) to the Immigration and Naturalization Service.[35][36][37][38][39]

In 1973, the United Farm Workers set up a “wet line” along the United States-Mexico border to prevent Mexican immigrants from entering the United States illegally and potentially undermining the UFW’s unionization efforts.[40] During one such event, in which Chavez was not involved, some UFW members, under the guidance of Chavez’s cousin Manuel, physically attacked the strikebreakers after peaceful attempts to persuade them not to cross the border failed.[41][42][43] https://en.wikipedia.org/wiki/United_Farm_Workers#Immigration
https://creativecommons.org/licenses/by-sa/3.0/us/

“American Legacy: Remembering Cesar Chavez
Posted by Agriculture Secretary Tom Vilsack in Conservation
Apr 22, 2016
Agriculture Secretary Tom Vilsack speaks at A Celebration of the Life and Legacy Of Cesar Chavez at the U.S. Department of Agriculture in Washington, DC.
America’s history is rich with struggle and sacrifice, remedied by the selflessness and fearless leadership of remarkable people. A champion for justice, Cesar Chavez advocated for and won many of the rights the agricultural workforce enjoys today. April 23 marks the anniversary of Chavez’s passing, but his legacy is immortalized in the fight for economic and social justice, and his spirit lives on in the vibrancy of rural America.

A migrant farm worker, Chavez toiled alongside men, women, and children who performed backbreaking labor for meager pay in deplorable conditions. He devoted his life to correcting these injustices, rallying through boycotts, marches and hunger strikes to secure pay raises and improve conditions for farm workers across the nation.

Conditions have improved since Cesar Chavez founded the National Farm Workers Association in 1962, but we still have a long way to go. The Chavez family believes in honoring Cesar’s legacy by ensuring laws and policies protect farmworkers and their families. And at USDA, we work diligently to ensure our programs improve quality of life for all Americans and that farmworkers, the backbone of America’s rural economy, have the resources they need to thrive.

The ability to influence change extends beyond USDA, and in coming weeks, California state legislators have an opportunity to make a real difference. California has the largest agricultural workforce in the country, but farm laborers are only eligible for overtime pay after working a grueling ten hours a day. I support the Chavez family in commending California Assemblywoman Lorena Gonzalez and farmworker advocates for their efforts to pass the Phase-In Overtime for Ag Workers Act of 2016, which would adjust farmworker requirements for overtime pay from ten hours to eight, improving economic stability for many.

The contributions of America’s farmworkers are endless and under the Obama Administration, USDA has made it a priority to ensure the environments in which they live and work are comfortable and safe. Farmworkers are our partners in shaping agricultural policy and provide consistent guidance and leadership in the Department’s efforts to level the playing field for the skilled individuals who help feed our nation.

As we push to build ladders of opportunity for every American to climb, we recall Chavez’s resilience through setbacks and his refusal to scale back his dreams. When we stand against income inequality and fight to raise the minimum wage – because no one who works full time should have to live in poverty – we draw strength from his vision and example.

Cesar Chavez was recently inducted into USDA’s Hall of Heroes, a tribute that recognizes the trailblazers and innovators within agriculture, and in March 2015, I was humbled and honored to dedicate a piece of our headquarters to the man who led and organized peaceful, positive change for American farmworkers. A quintessential changemaker, Chavez created a shift in popular discourse, reminding the public that every job has dignity, every life has value, and everyone – no matter who you are, what you look like, or where you come from – should have the chance to succeed.

In Chavez’s memory, USDA supports policies that empower American farmworkers and acknowledge the hard work and long hours spent harvesting the food that sustains us. We are hopeful farmworkers will be afforded the rights they deserve across the Golden State and beyond.” https://www.usda.gov/media/blog/2016/04/22/american-legacy-remembering-cesar-chavez