Holtec International, which cans most of the high level nuclear waste in the USA, apparently conned the TVA employee who they bribed for contracts. They paid for him to go to Trump’s Taj Mahal, and paid him part of the bribe, but they reportedly failed to follow through on their promises – not once, but twice. First the TVA employee was promised a high paying VP job at Holtec International – $175,000 per year (almost 20 years ago) AND 1% of the business. Then Holtec said it was better if he stayed longer at TVA, but that they would pay him $100,000. They only paid him, in part. Meanwhile, the TVA employee could have gone to prison for up to 5 years and have been fined for up to $250,000. The judge went easy on him and gave him a $5,000 fine and 2 years probation. Holtec appears to have only gotten disbarred for an insignificant amount of time.

Holtec is a private company, presumed to be owned by India-born Krishna P. Singh, but we don’t really know for certain. Political operative and member of Trump’s Mar-a-Lago, George Norcross, sits on Holtec’s board. This is the company that is responsible for most of the high level nuclear waste in the USA and now wants to dismantle its nuclear power stations, yet we know almost nothing about them. What’s more, Holtec is apparently currently under investigation in New Jersey; was disbarred by TVA for this apparent bribery case, and has refused to provide needed information to the US government. As US government lawyers complained: “Holtec should not be able to use a highly regulated and publicly funded industry to make profits, but to refuse to provide information about the cask business when the information it possesses about cask costs are an integral part of the damages claimed by the plaintiff in this case.When faced with damages of the magnitude of those being claimed by ComEd, it is imperative that we determine the reasonableness of these claims against the Federal Treasury.” “COMMONWEALTH EDISON COMPANY, Plaintiff, v. No. 98-621C Judge Hewitt UNITED STATES, Defendant, Case 1:98-cv-00621-ECH , Document 288 , Filed 03/12/2004“, Page 6 of 9 http://www.plainsite.org/dockets/download.html?id=14565388&z=24a65e24

Why did it take them 10 years to do this report? 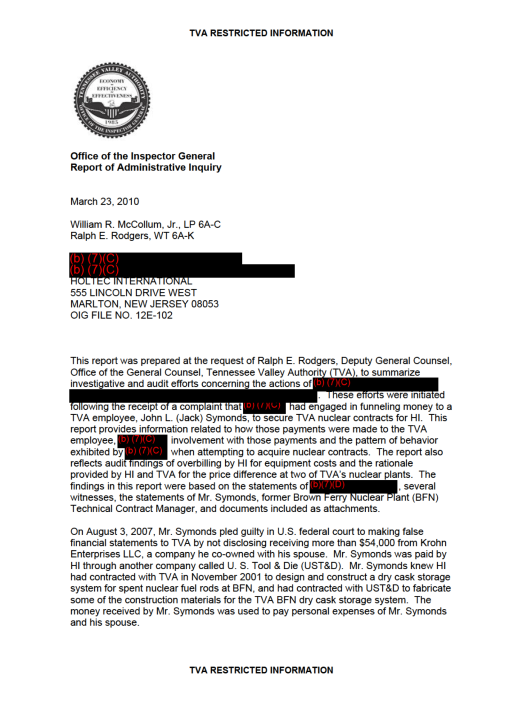 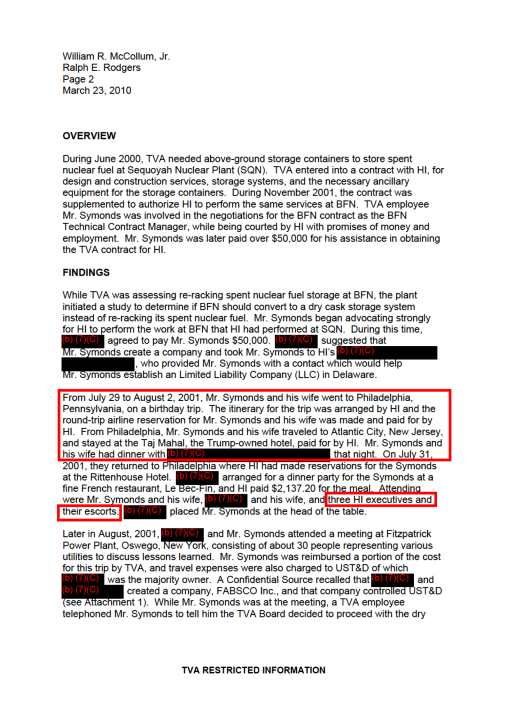 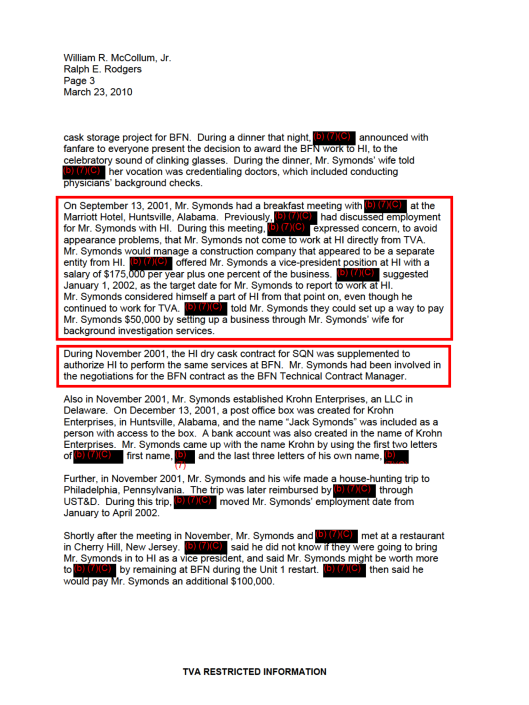 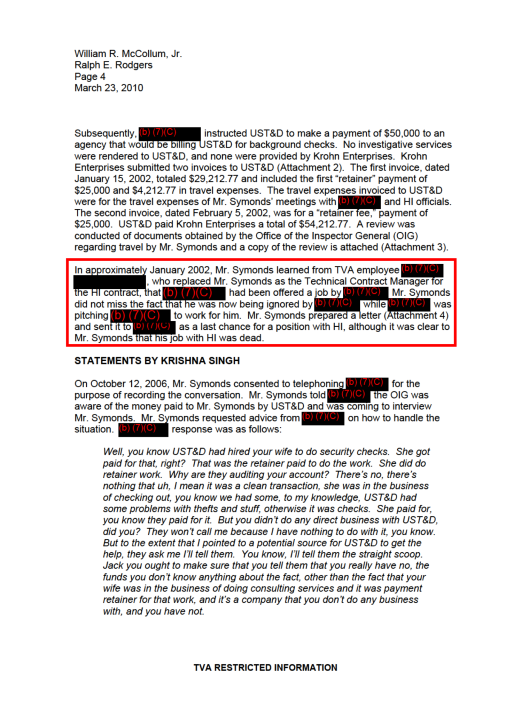 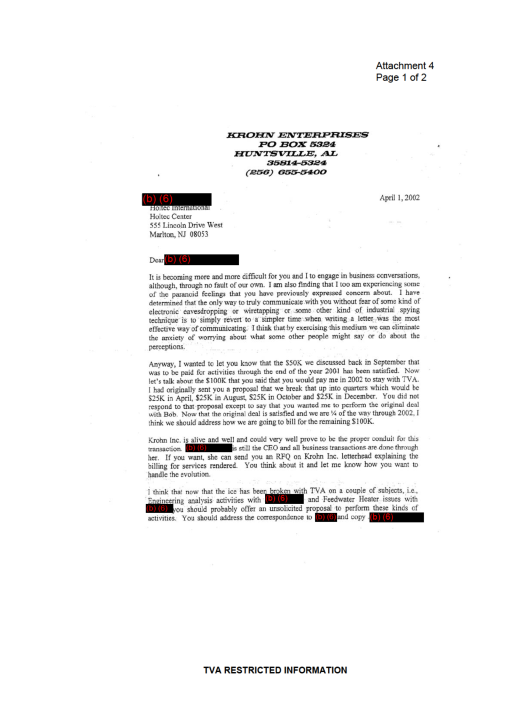 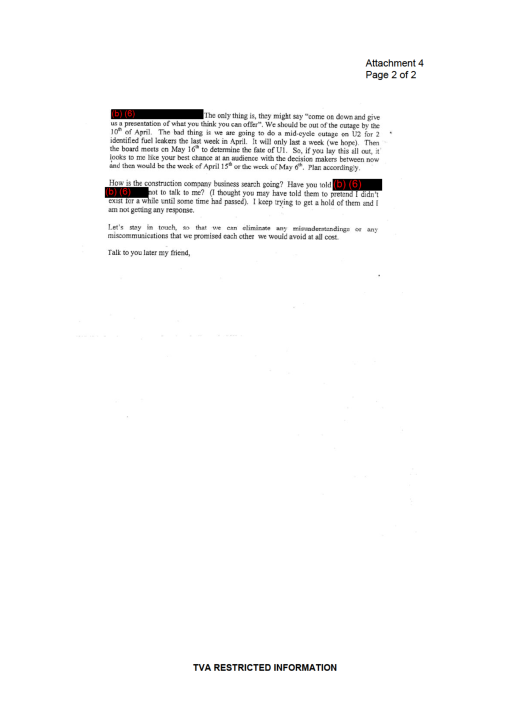 This part of the report isn’t exactly revealing!

From the 48 pages of Holtec TVA OIG document https://www.documentcloud.org/documents/6186257-Holtec-TVA-OIG-Report-2010.html

Kris Singh has said that he grew up in Barahiya India, 50 miles southeast of Patna. One source says that he was born in Patna. People need to recommend that Singh, his son Jr., his wife, and all other Holtec execs get implanted with microchips so that they can be tracked in the event of a nuclear disaster related to their spent fuel canisters! Even forcing them to be transparent would help.