What many people have forgotten is that the Mueller report is heavily redacted. Members of the US House Judiciary Committee, chaired by US Congressman Nadler, did not. Thus, Nadler filed an “Application of the Committee on the Judiciary, US House of Representatives, for an Order Authorizing the Release of Certain Grand Jury Materials“, In the US District Court, District of Columbia, Oral Argument Requested.

Select Excerpts:
“When Sessions informed President Trump of Mueller’s appointment, the President “slumped back in his chair and said, ‘Oh my God. This is terrible. This is the end of my Presidency. I’m f**ked'”… With McGahn and Hunt present, President Trump “‘became angry and lambasted the Attorney General for his decision to recuse himself from the investigation'” and for failing to “‘protec[]'” him. Id. (quoting Hunt’s notes and Sessions’s interview statement)… shortly after President Trump learned that he was personally under investigation for obstruction of justice, he called McGahn twice and ordered him to “‘Call Rod [Rosenstein]'” and tell him that “‘Mueller has to go.’…“(p. 8)

“…the Committee currently lacks access to all portions of the Mueller Report that the Department redacted based on Rule 6(e). Those portions include passages describing the June 9, 2016 meeting at Trump Tower between senior Trump Campaign officials and representatives of the Russian government… Manafort’s efforts to share internal campaign polling data with a person whom the FBI assesses has ties to Russian intelligence…and a possible attempt by the Special Counsel’s office to obtain testimony from Donald Trump, Jr. during the midst of the President’s various efforts to remove or limit the Special Counsel’s investigation…” (p. 21)

More excerpts, with red emphasis our own: 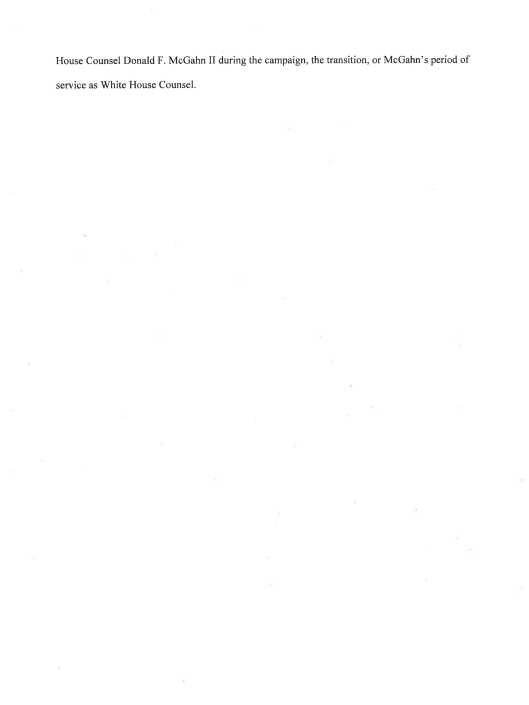 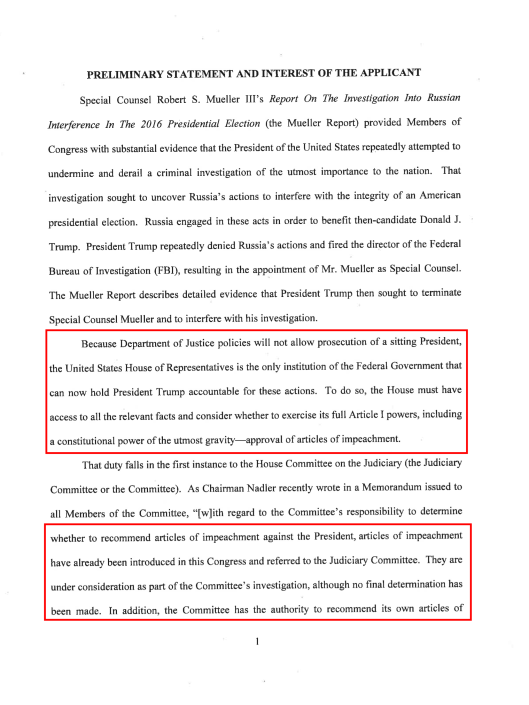 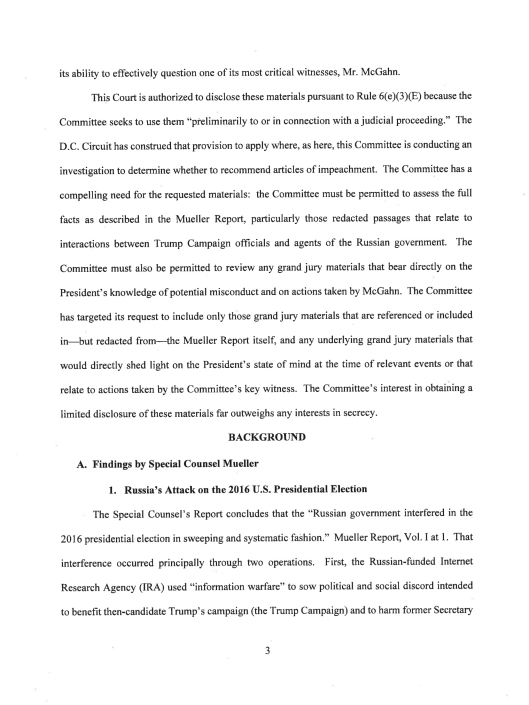 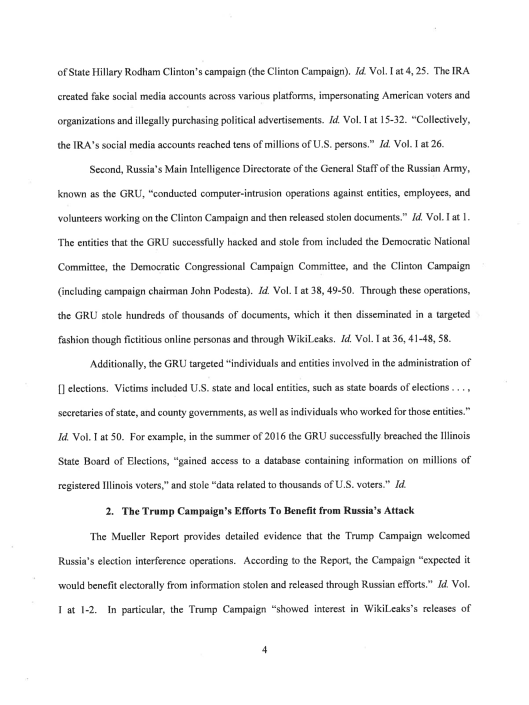 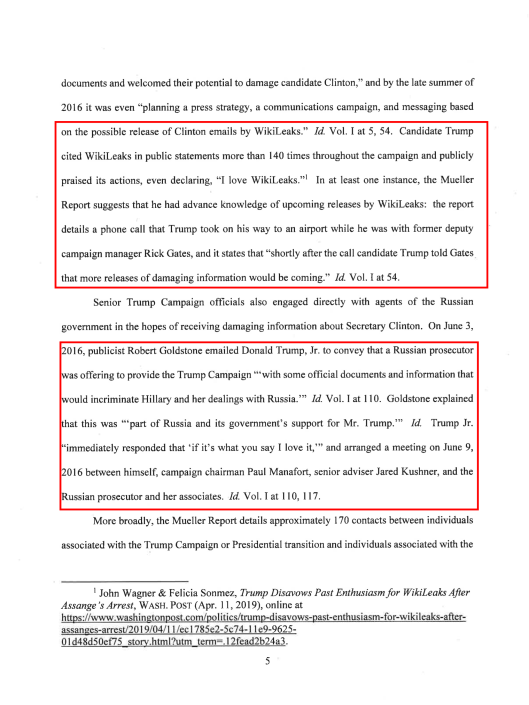 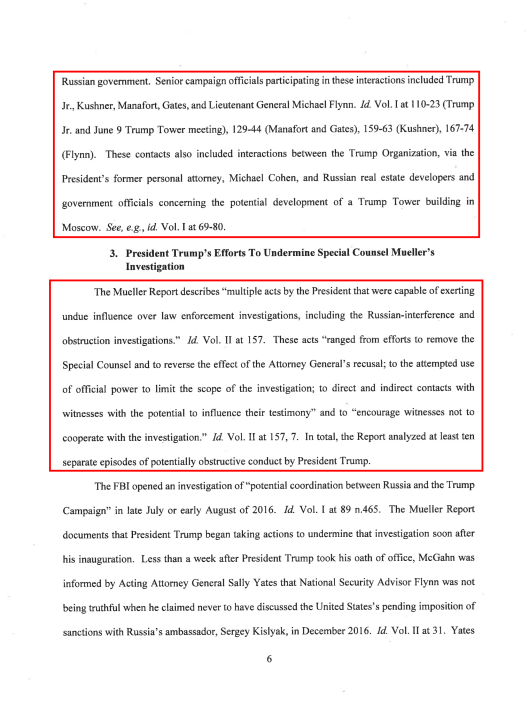 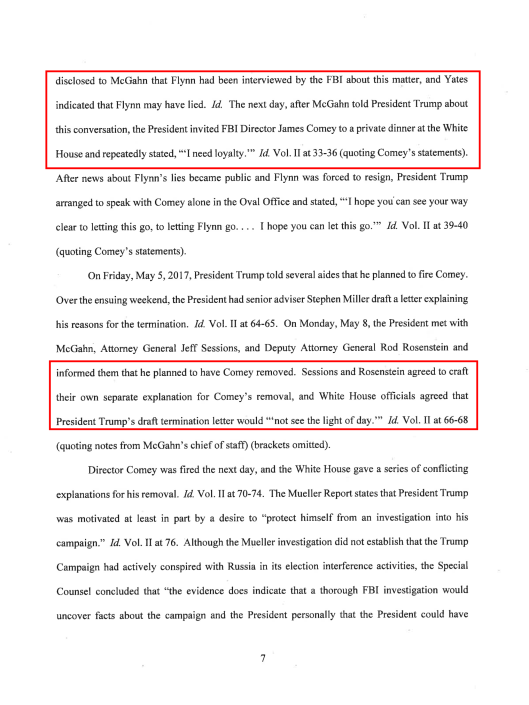 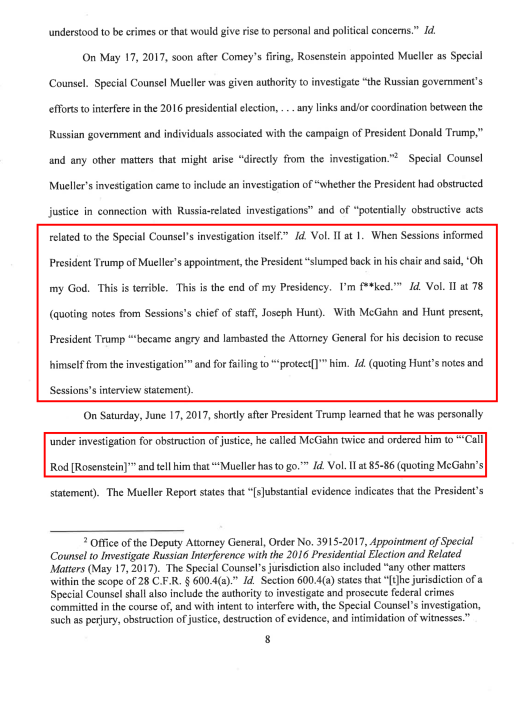 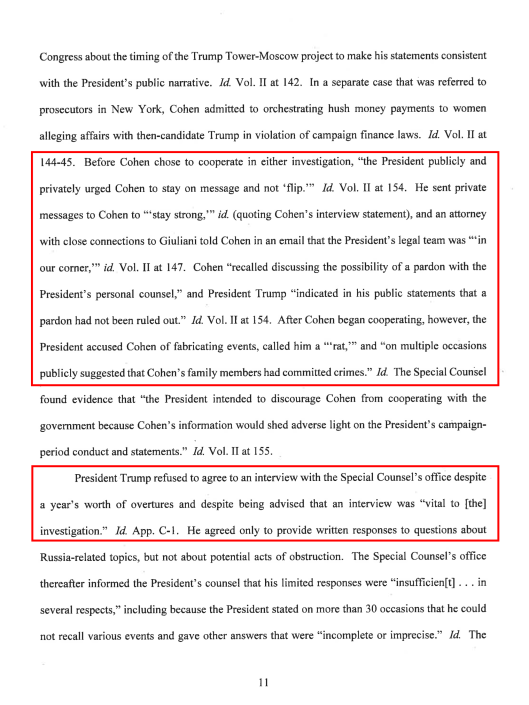 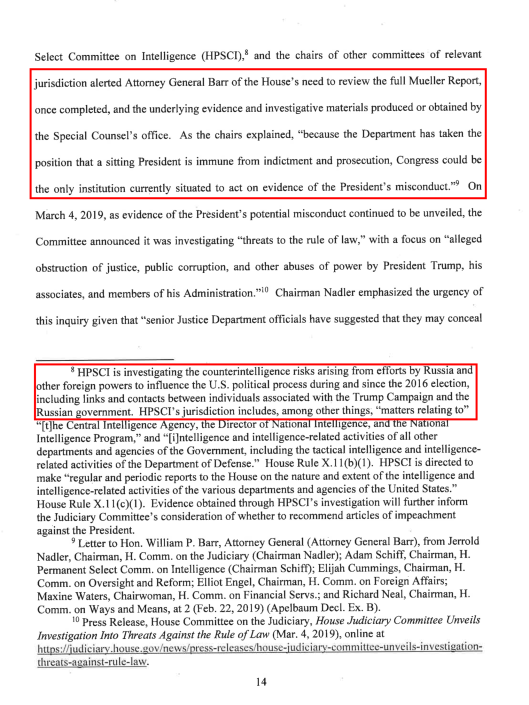 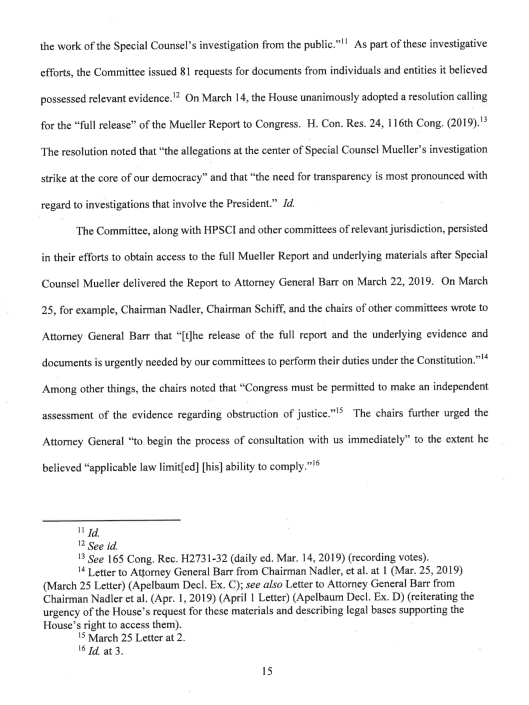 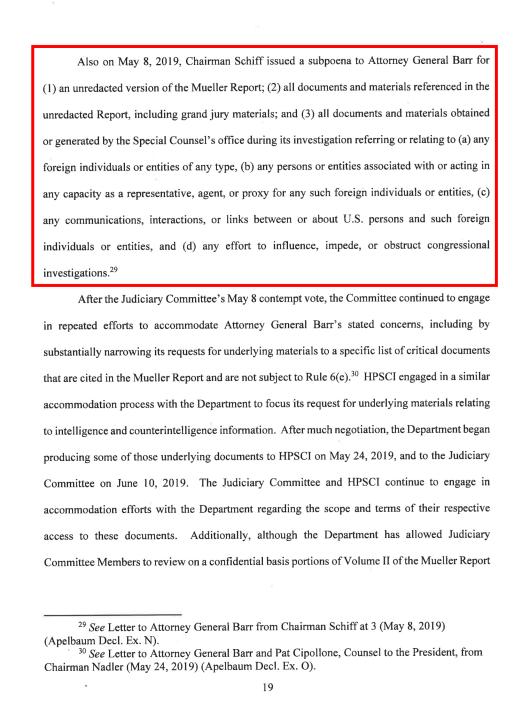 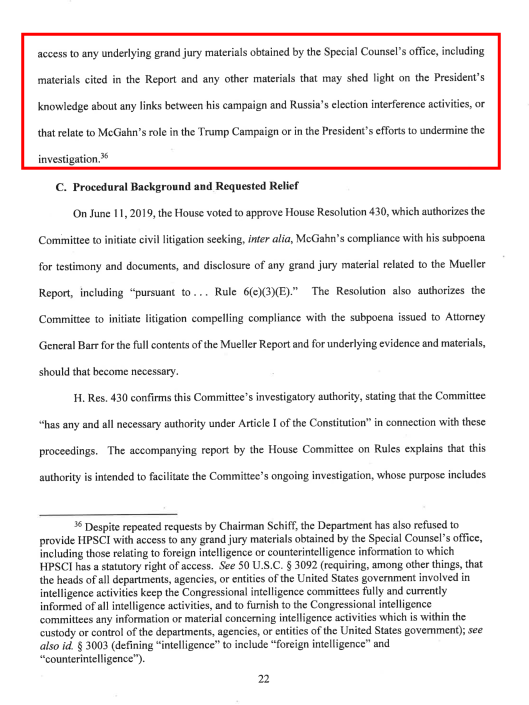 See the entire document here: “APPLICATION OF THE COMMITTEE ON THE JUDICIARY, U.S. HOUSE OF REPRESENTATIVES, FOR AN ORDER AUTHORIZING THE RELEASE OF CERTAIN GRAND JURY MATERIALS
Jul 26, 2019 Letter ” https://judiciary.house.gov/sites/democrats.judiciary.house.gov/files/documents/3376_001.pdf