“Today, Leader Schumer offered my legislation to strengthen our election security in the face of persistent threats from foreign adversaries, but Republicans once again blocked it.

Yesterday, Director Mueller confirmed what we already knew from his report, what FBI Director Wray reiterated at his hearing on Tuesday, and what our intelligence community has been saying for years—the Russians attacked our elections in 2016 and are doing it again as we speak.

Congress must take action. The SAFE Act already passed the House and could have gone straight to the President’s desk today had the Republicans not blocked our efforts. I’m alarmed and deeply frustrated that the Republicans continue to ignore this threat to our national security. It is time to stop playing politics with our elections and pass my election security legislation.”

Klobuchar has been a leader in the fight to secure our elections and has introduced several pieces of legislation in the Senate to strengthen our election infrastructure and combat propaganda. Her bills would require backup paper ballots, provide $1 billion in election security grants to states for cybersecurity improvements and audits, strengthen the federal response to election security interference, and establish accountability measures for election technology vendors.

Earlier this year, Klobuchar reintroduced the Honest Ads Act with Senator Mark Warner (D-VA), Vice Chairman of the Select Committee on Intelligence, and Senator Lindsey Graham (R-SC), Chairman of the Senate Judiciary Committee, to help prevent foreign interference in future elections and improve the transparency of online political advertisements. Russia attempted to influence the 2016 presidential election by buying and placing political ads on platforms such as Facebook, Twitter and Google. The content and purchaser(s) of those online advertisements are a mystery to the public because of outdated laws that have failed to keep up with evolving technology. The Honest Ads Act would prevent foreign actors from influencing our elections by ensuring that political ads sold online are covered by the same rules as ads sold on TV, radio, and satellite.

Klobuchar has also led on other election security legislation including the Global Electoral Exchange Act, the Invest in Our Democracy Act, and the Digital Citizenship and Media Literacy Act.

This month, she sent a letter with Senator Wyden (D-OR) to the Federal Bureau of Investigations (FBI) asking them to clarify the steps they’ve taken to investigate problems with VR Systems, an election systems vendor that has undergone speculations of hacking in the 2016 election.

In April, she led a letter to the Department of Homeland Security (DHS) and FBI, urging them to establish a task force combining the efforts of social media platforms, local election officials, and also reporters and independent researchers, in finding and stopping disinformation and misinformation campaigns.

In March, Klobuchar sent a letter to the three biggest voting machine companies in the U.S. asking tough questions about election security.

Klobuchar has also sent numerous letters to the DHS and its Cybersecurity and Infrastructure Security Agency (CISA), urging them to prioritize election security measures.”
### Permalink: https://www.klobuchar.senate.gov/public/index.cfm/2019/7/klobuchar-statement-after-republicans-block-her-election-security-legislation

The text of the bill: https://www.congress.gov/bill/116th-congress/senate-bill/2053/text

There is another way to corrupt the ballot, which Democrats and Republicans are ignoring – by continuing to give away around a million green cards per year. As these easily convert to citizenship, this dilutes the value and power of the individual voter. As the majority of legal immigrants are from a few countries, the United States risks becoming a colony of foreign powers. Don’t be fooled by the new (often upper class or upper caste) immigrants who want all of their friends and relatives to immigrate and screamed racism to get their way – this level of immigration is without precedent in the history of the United States. Even if this were untrue, two wrongs don’t make a right. Enough is enough. 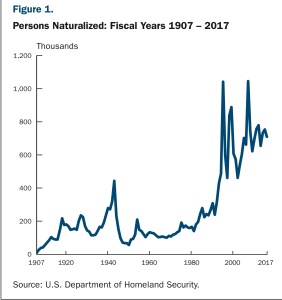 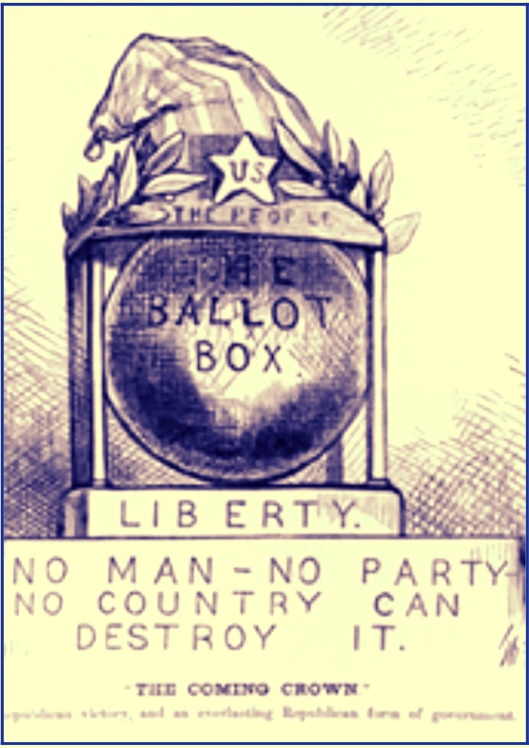