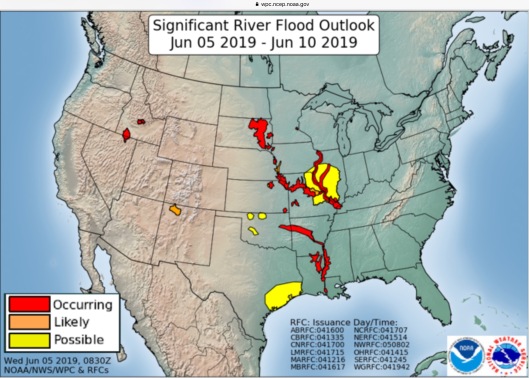 It’s really flooding in the Mississippi River drainage basin. Apart from the Arkansas, Missouri, Mississippi, Illinois, and Ouachita Rivers, the other flooded area in red appears to be the James River in South Dakota. See drainage basin map here: https://en.wikipedia.org/wiki/Mississippi_River
“Legend description:
* Occurring or Imminent – Significant flooding is already occurring or is forecast to occur during the outlook period.
* Likely – Weather conditions indicate that significant flooding can be expected during the outlook period.
* Possible – Weather conditions indicate that significant flooding could occur. Such flooding is neither certain nor imminent. https://www.wpc.ncep.noaa.gov/nationalfloodoutlook/about_FOP.html

From the USDA: “Historic flooding along the Arkansas, Mississippi and Missouri Rivers has forced hundreds of roads to close and inundated thousands of homes and businesses.

Heavy rainfall over the past few weeks shattered records for May throughout the region, swelling rivers to record levels in parts of Arkansas, Kansas, Missouri and Oklahoma. According to the Army Corps of Engineers, 80 flood gauges running through 10 states – from North Dakota to Louisiana – are indicating major flooding, the highest category. In addition to this record flooding, according to the National Hurricane Center Tropical Storm Barry could trigger more heavy downpours from the southern Plains into the lower Mississippi Valley from Wednesday through late this week.” Excerpted from USDA news release about food safety, etc, here: https://www.fsis.usda.gov/wps/portal/fsis/newsroom/news-releases-statements-and-transcripts/news-release-archives-by-year/archive/2019/nr-060419-01

Perhaps the ability to spell and pronounce these rivers should be a requirement for obtaining US residency and citizenship? 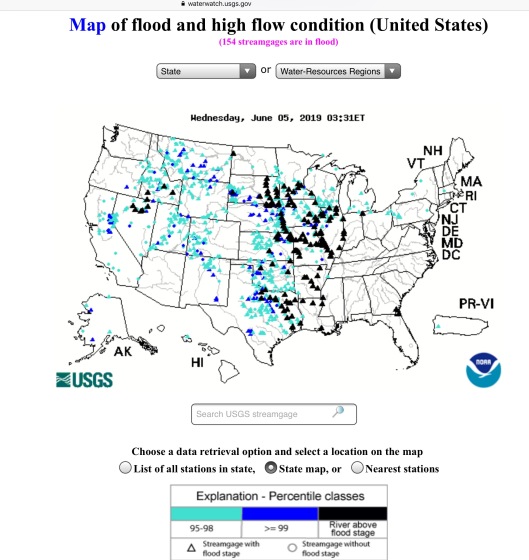 While middle America drowns, Trump hangs out with his Queen. After all, Trump’s mother was British born and raised and only immigrated in 1930. He is a similar gene pool to the Queen, as well. The House of Windsor is a German Royal House. And, Trump’s father was made in Germany, and born in the United States. 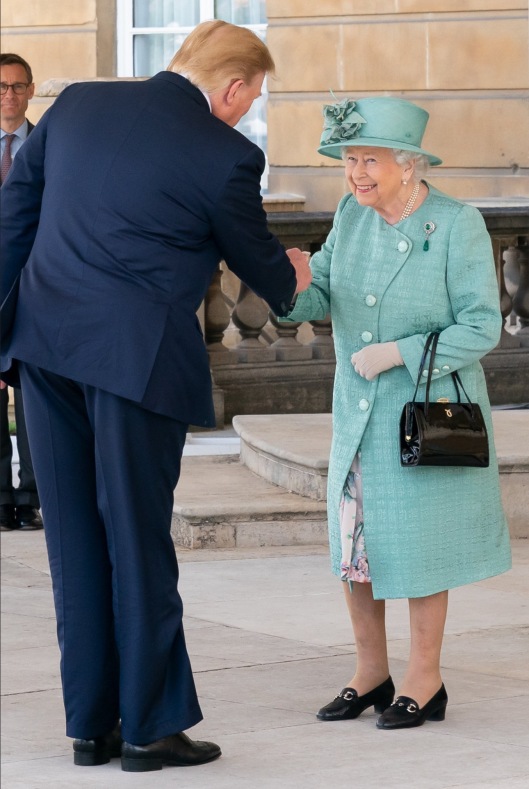