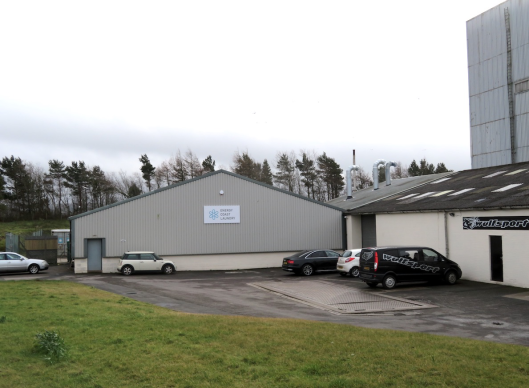 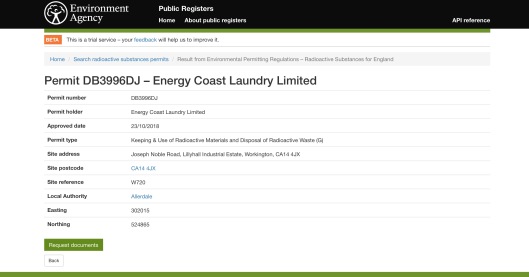 As can be seen above, “Energy Coast” laundry has an environmental permit, allowing radioactive discharges. While they claim that the risk from these artificial nuclear materials is small, we find no basis for this claim. Rather, the risk appears potentially large, depending upon how it is distributed. And, why should Sellafield nuclear waste site send its laundry offsite and discharge radioactive materials into the environment? Why not clean the laundry on site and filter the radioactive materials? It should be noted that Caesium 137 has a half-life of 30 years, meaning that it will remain radioactive in the environment for hundreds of years.

The Radiation Free Lakeland study, which includes the details of the permit, is found here: https://miningawareness.wordpress.com/2019/05/30/energy-coast-nuclear-laundry-rafl-study/

The permit gives, for instance, the amount of Caesium 137, released to air from the laundry, as 2.1E + 07 Bq/yr, i.e. 21,000,000 Becquerels or 21 MBq. The amount actually discharged to air from nearby Sellafield is only twice that amount: 4.16 E + 1 MBq Caesium 137 i.e. 41.6 MBq. Of course, that’s only around 1% of what Sellafield is allowed to discharge, but it is what they discharged in reality, so it gives an idea of the high level discharged, or potentially discharged, from the laundry. Sellafield discharges: https://consult.environment-agency.gov.uk/cumbria-and-lancashire/sellafield-rsa-major-permit-review/supporting_documents/4.%20Annual%20Discharges%20Review%202015%20%202017.pdf

This is only one of many discharges to air listed for this laundry alone. Caesium 137 is also only a small part of air-borne exposure from this laundry, less than 2%, according to the documents. Perhaps some other day, we can discuss the risk of the plutonium and americium discharged into the air from Energy Coast laundry. According to ICRP publication 119, Annex Table G-1, p. 102, inhalation dose coefficients for the general public in Sv/Bq are 4.2 E -08 for 15 year olds and 3.9 E -08 for adults. They are still higher for younger age groups, because risk is higher. We use an average of 4.0 E -08 (which is then low) to give an idea of exposure. This is, in turn, 4.0E -05 mSv/Bq (millisieverts per becquerel). (A becquerel is a radioactive disintegration per second. Practically speaking this is a random shot per second). The dose coefficients differ for ingestion. Hypothetically, the air-borne radioactive materials, could fall upon food in the nearby cafe, school, etc.

One site gives a figure of 237 people for the Lillyhall industrial estate area, which sounds like one might guess. Considering that the chimneys appear low-set, common sense suggests that this would be a more appropriate figure. This would be 3,544 microsieverts per year, if the 840,000 microsieverts is divided equally between 237 people, which is 3.5 mSv per year. This is significantly above the 1 mSv “allowed” to the general public from nuclear sites. The US EPA allows only 0.25 mSv. Recall that the permit lists Caesium 137 as less than 2% of the air exposure from materials discharged from the site. Over the course of 30 years, this 3.5 mSv would be 105 mSv. And, this is for the air-borne Caesium 137 alone and not for the others. This is from this laundry site, alone, and not from nuclear sites in the area. However, it gives some idea of how large the risk is.

There is Energy Coast technical school nearby, which would be frequently downwind, and may even use the laundry facility. It has 267 students ages 14 to 19. https://en.wikipedia.org/wiki/Energy_Coast_UTC It is unclear if the 237 listed elsewhere includes the school. If we add 237 with an unknown number of industrial estate workers, we might estimate 300 people. If the 840 mSv is evenly distributed among the 300, then his would then be 2.8 mSv per year exposure from this Energy Coast laundry site alone.

[Update note: There is also Lakes College nearby, which had 1500 full time students in 2013. Part-time students brought the total to over 3000. However, the winds appear to blow more frequently in directions which would send discharges toward the Energy Coast technical school to the north-northeast of the laundry, rather than Lakes College, which is to the southwest. See: http://web.archive.org/web/20151009221852/https://www.independent.co.uk/student/into-university/az-uni-colleges/lakes-college-west-cumbria-458962.html https://www.metoffice.gov.uk/climate/uk/regional-climates/nw#wind ]

According to the BEIR report, 100 mSv would lead to an approximately 1% chance of life-shortening cancer. Their upper risk is 3%. More recent studies suggest that cancer risk may be much higher, meaning that BEIR’s 3% is conservative. Those most at risk would probably be people working (or living) in that industrial estate, especially if windows are open. Younger people at work, school, or play are at greater risk, still.

The risks are real. There is no safe dose of ionizing radiation. Increased dose is increased risk. And, you can get multiple cancers, as well. Radiation exposure can also lead to cataracts and heart disease.

Disclaimer: We make no guarantees as to the accuracy of this post, or any others. However, the calculations have been checked multiple times. Always check the calculations (and information) on this site, as well as anywhere else, especially if needed for some purpose. If we find any errors, the post may be corrected. This post was hastily done because some members of the Cumbrian nuclear industry falsely accused Marianne Birkby of Radiation Free Lakeland of “scaremongering”. A large number of my ancestors come from around the Irish Sea, which has been turned into a de facto nuclear waste dump. 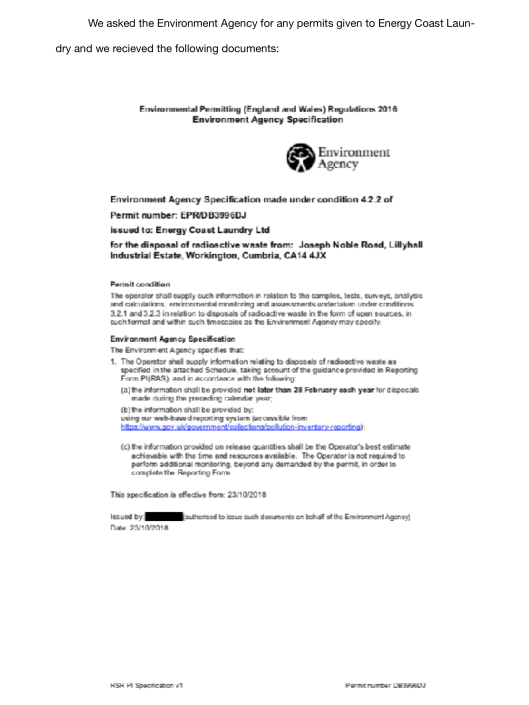 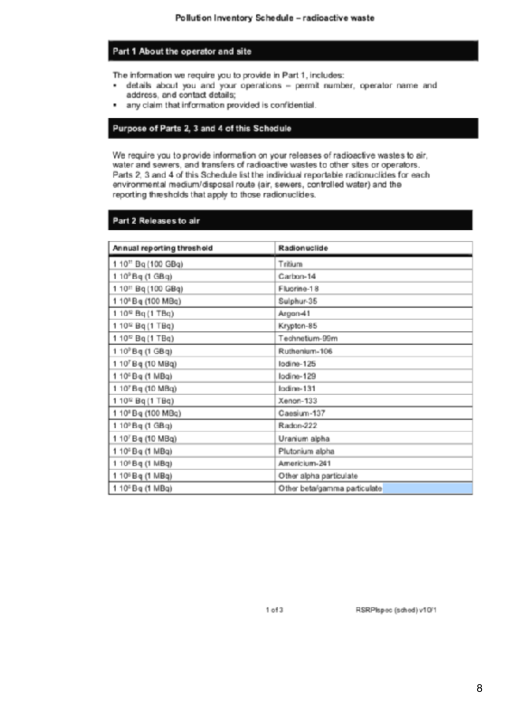 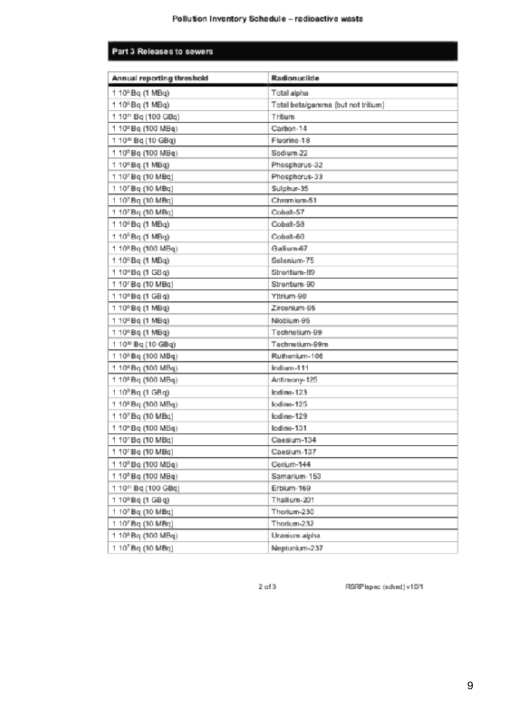 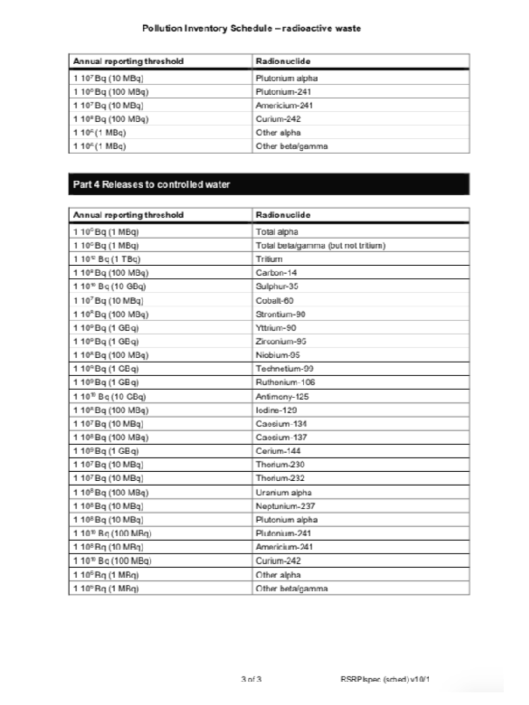 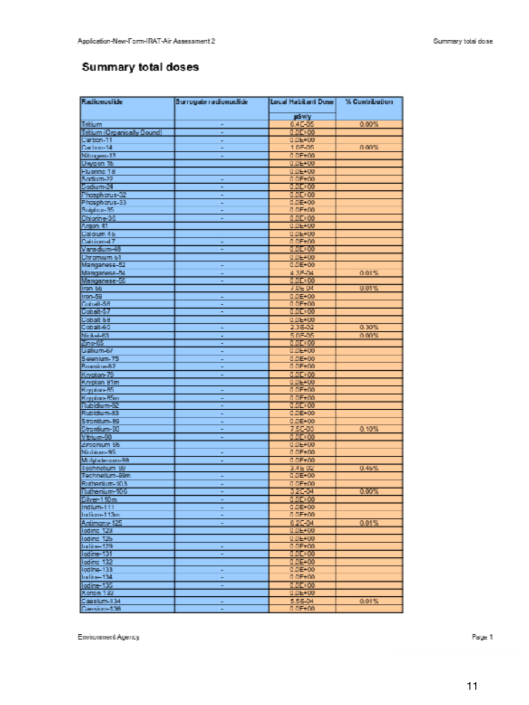 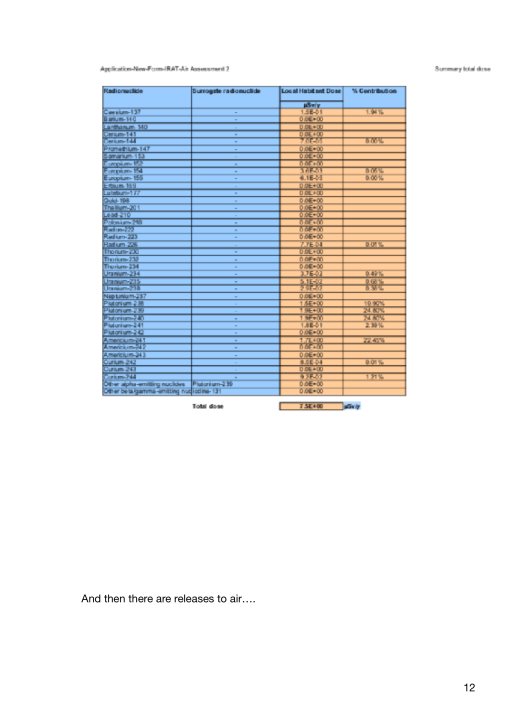 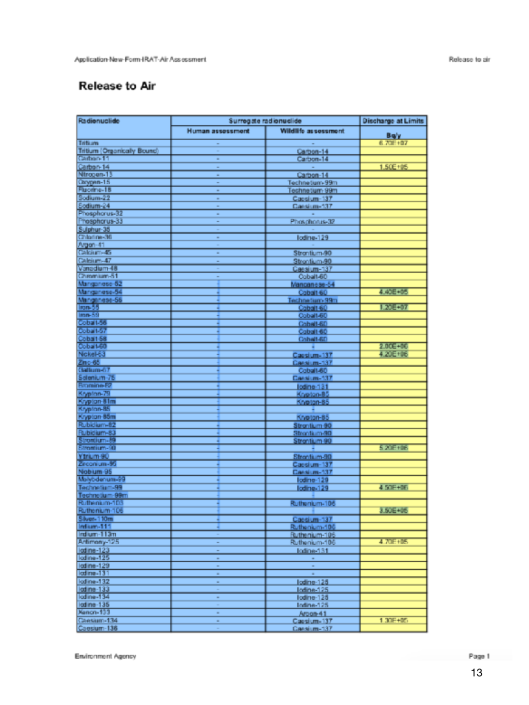 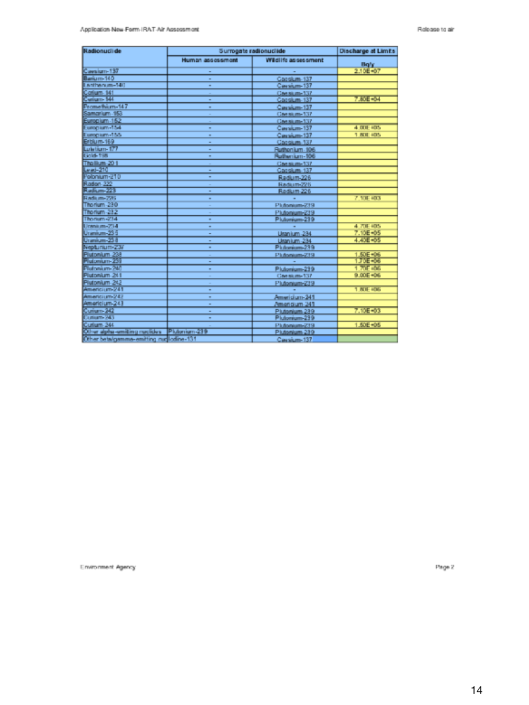 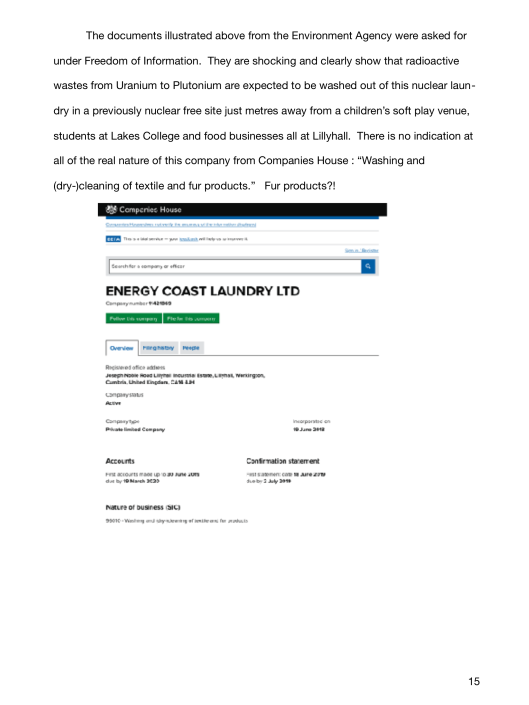 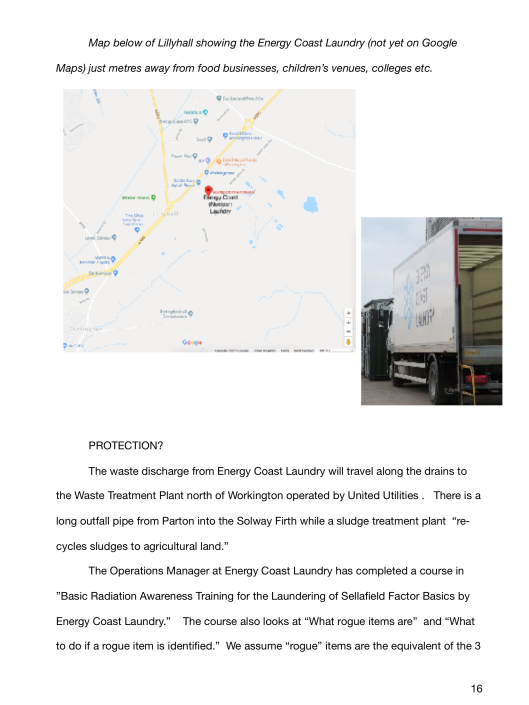