Mikhail Fridman, Pyotr Aven, and German Khan of Alfa Group have actually done themselves a disservice with recent litigation. Although they may well be among the most important players in the Trump-Russia drama, it’s a line of inquiry which might have been forgotten if it weren’t for their lawsuit. They probably would have been wiser to ignore the allegations rather than to cause everyone to keep focusing on them, even if they are innocent.

The following is from a 60 page legal filing in a similar case, which was thrown out by US Judge Bates in 2005. It could well prove a useful read: 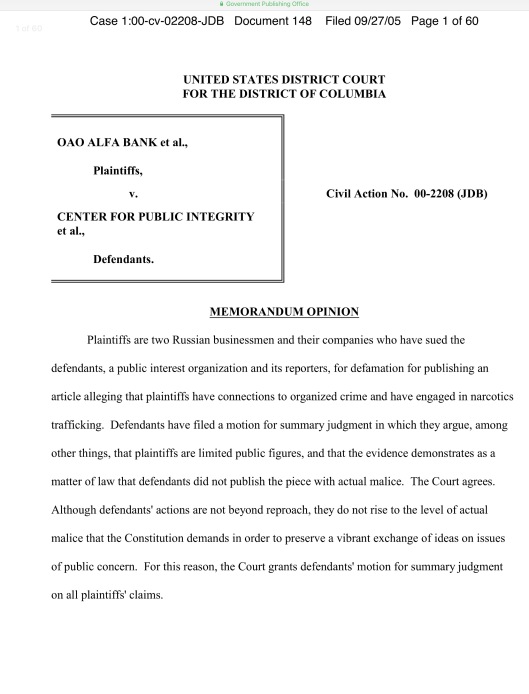 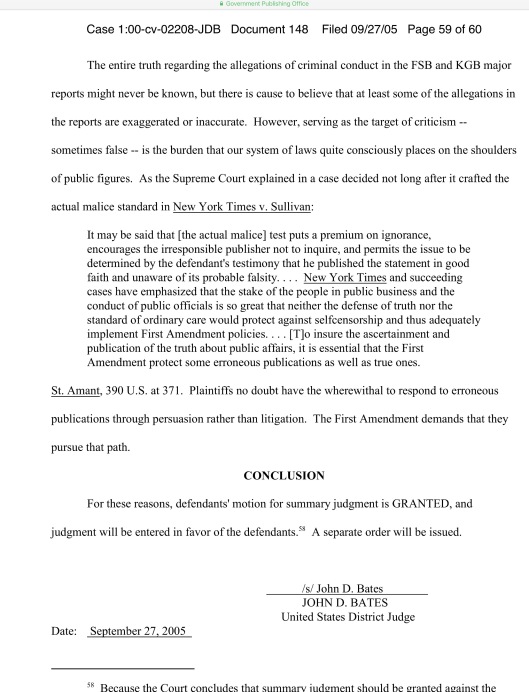 Last August a similar case by Mikhail Fridman, Pyotr Aven, and German Khan was thrown out: “Author of Trump-Russia dossier wins libel case in US court: Suit against Christopher Steele by three Russian oligarchs thrown out by judge” https://www.theguardian.com/us-news/2018/aug/21/author-of-trump-russia-dossier-wins-libel-case-in-us-court-christopher-steele

Is this more recent case, really such a different case or a different judge? The judge in the recent case is Judge Richard Leon, who worked on the Iran-Contra case for the minority (at the time Republicans). Why do so many of the current players seem linked to Iran-Contra and/or BCCI (Iran-Contra and BCCI are related). Some even look like clones of each other. 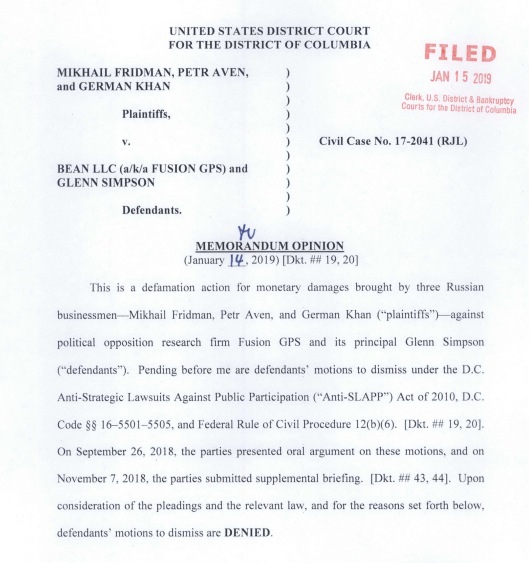 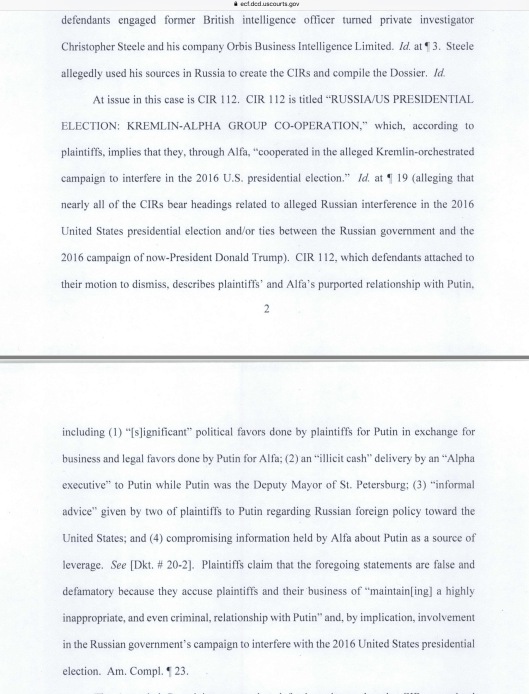 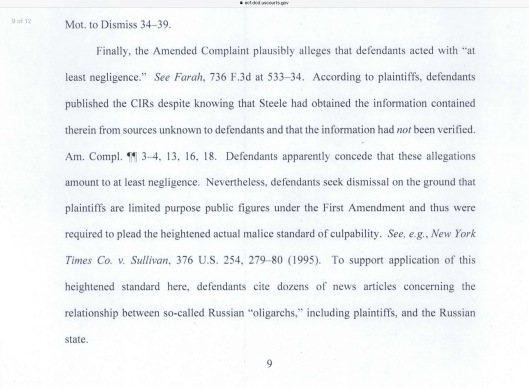 Judge Leon, Bush appointee, Iran-Contra
“Leon served as deputy chief minority counsel on the Select Committee to Investigate Covert Arms Transactions with Iran of the United States House of Representatives, which investigated the Iran-Contra affair, from 1987 to 1988.” https://en.wikipedia.org/wiki/Richard_J._Leon