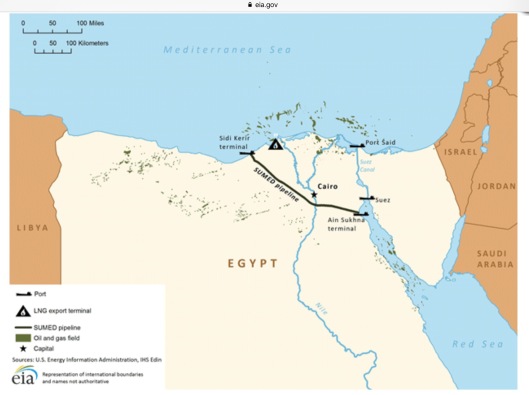 In the Suez Crisis, US President Eisenhower and Sec. of State Dulles were the adults in the room. The UK, France and Israel acted kind of like Trump. Trump’s mother was a British Subject, born and raised in the UK. His father was made in Germany and born in America. Maybe the United States needs to try multi-generational American presidents again? Maybe we can get an adult in the room? Trump proves the need to better vet immigrants. We need to return him to his British sender.

“Eisenhower famously said about the French and the British, “These guys are about to lose us the entire Arab world.” It was still a time when the Americans were optimistic that they could convince the Arab nationalists like Nasser to be on the side of the Americans, rather than on the side of the Soviets.” See: “1967: De Gaulle pulls France out of NATO’s integrated military structure” by Dr. Jamie Shea, Deputy Assistant Secretary General for Emerging Security Challenges https://www.nato.int/cps/en/natohq/opinions_139272.htm

“The Trump Administration’s foreign policy is as deeply flawed in its conception as it is dangerously incompetent in its execution.” https://twitter.com/RepAdamSchiff
status/1083784022768136192

British merchant marine ships were caught in the fire of the surprise attack, according to Scots oral history.

On July 26, 1956, Egyptian President Gamal Abdel Nasser announced the nationalization of the Suez Canal Company, the joint British-French enterprise which had owned and operated the Suez Canal since its construction in 1869. Nasser’s announcement came about following months of mounting political tensions between Egypt, Britain, and France. Although Nasser offered full economic compensation for the Company, the British and French Governments, long suspicious of Nasser’s opposition to the continuation of their political influence in the region, were outraged by the nationalization. The Egyptian leader, in turn, resented what he saw as European efforts to perpetuate their colonial domination.

The Eisenhower administration, worried by the prospect of the outbreak of hostilities between its NATO allies and an emergent, influential Middle Eastern power (and the possible intervention of the Soviet Union in such a conflict), attempted to broker a diplomatic settlement of the British-French-Egyptian dispute. On September 9, U.S. Secretary of State John Foster Dulles proposed the creation of a Suez Canal Users’ Association (SCUA), an international consortium of 18 of the world’s leading maritime nations, to operate the Canal. Although SCUA would have given Britain, France, and Egypt an equal stake in the Canal, this, and various other U.S. and international mediation efforts failed to win the full support of any of the contending powers.

In discussions with the United States between August and October, the British Government repeatedly hinted that it might resort to force in dealing with Nasser. At the same time, the British and French held secret military consultations with Israel, who regarded Nasser as a threat to its security, resulting in the creation of a joint plan to invade Egypt and overthrow its President. In keeping with these plans, Israeli forces attacked across Egypt’s Sinai Peninsula on October 29, 1956, advancing to within 10 miles of the Suez Canal. Under the pretext of protecting the Canal from the two belligerents, Britain and France landed troops of their own a few days later.

In response, the Eisenhower administration, concerned about dissociating the United States from European colonialism—especially in light of its strident condemnation of the Soviet intervention in Hungary the same week—as well as the possibility that the Soviets would intervene to assist Nasser, pressured Britain and France to accept a United Nations ceasefire on November 6.

Moreover, the United States voted for U.N. resolutions publicly condemning the invasion and approving the creation of a U.N. peacekeeping force. Washington’s public censure of two of its most important allies temporarily soured relations with London and Paris and helped contribute to the resignation of British Prime Minister Anthony Eden in January 1957.

Concurrently, U.S. worries about the continued viability of European (particularly British) political and military power in the Middle East in the aftermath of the Suez Crisis prompted the creation of the Eisenhower Doctrine, which gave the administration increased power to aid countries in the region. By March 1957, however, the U.S.–U.K. bilateral relationship had recovered under Eden’s successor, Harold Macmillan.” https://history.state.gov/milestones/1953-1960/suez

Excerpted from Wikipedia: “Britain secured the canal against the Germans and their Afrika Korps during the second world war. Immediately following the end of the second World War, company profits rose greatly due to petroleum shipments and the company reserved much of this income. By 1952, the company held four different reserves accounts: a statutory reserve of 430 million francs, a special reserve of 7 billion francs, a contingency fund of 1.72 billion francs, and a pension fund of 7.81 billion francs. After Jacques Georges-Picot’s arrival to the company in the 1940s, the board started to hire investment advisors, and by the late 1940s, the company had investments in Air France, Air Liquide, colonial sugar refineries, coal mining companies, railroad companies, electric companies, the African forest and agriculture Society, and the Lyonnaise de Madagascar.[26] King Farouk of the Muhammad Ali line was overthrown in a military coup in 1952 and Colonel Gamal Abdel Nasser eventually emerged as the leader of Egypt. By the mid-1950s, canal traffic reached 122 million tons annually, over half of which was oil shipments.

In response to the World Bank denying a loan to build a dam across the Nile at Aswan, Nasser declared on July 26, 1956 that Egypt was nationalizing the canal. In response, Britain, France, and Israel attacked Egypt and destroyed large portions of Port Said.

The canal was returned to Egypt after the United States disapproved of the action. For the following ten years, the canal was operated by Egypt who paid an amount to the Suez Canal Company for its use.

In 1967, another war with Israel arose and the canal was made impassable with scuttled ships. The canal would not reopen until 1975 after the Camp David Accord. Traffic through the canal began to fall in the early 1980s after petroleum pipelines eroded ship traffic business. After the company became defunct in the late 1990s, the canal was generating $2 billion a year in revenue for Egypt.[27]: https://en.wikipedia.org/wiki/Suez_Canal_Company#World_War_II_through_the_1990s
https://en.wikipedia.org/wiki/Suez_(company)

Engie was previously GDF-Suez which is what the Suez Canal Company eventually morphed into through mergers.

Almost 24% of Engie is French State owned and the French State has almost 35% voting rights https://archive.li/tGTK8