The 37th Annual Conference On US-Turkey Relations is planned to be held at Trump International Hotel in Washington DC, in April. Boeing, where the current Trump Acting Secretary of Defense worked for 30 years (until July 2017), is one of the sponsors. Boeing just opened a technology center in Turkey. Shortly thereafter, Trump handed the fate of Kurdish led Syrian Democratic Forces to Turkey. Trump has admitted to holding Boeing stock, and may still.

Mehmet Ali Yalçındağ is the husband of the chair of Dogan Holding, which licenses the Trump name for its towers. His predecessor at TAIK, Alptekin, was just charged “with conspiracy, acting in the United States as illegal agents of the government of Turkey…”

“Monday, December 17, 2018
Two Men Charged with Conspiracy and Acting as Agents of a Foreign Government An indictment was unsealed today charging Bijan Rafiekian, aka Bijan Kian, 66, of San Juan Capistrano, California, and Kamil Ekim Alptekin, 41, of Istanbul, and a Turkish national, with conspiracy, acting in the United States as illegal agents of the government of Turkey, and making false statements to the FBI…” https://www.justice.gov/opa/pr/two-men-charged-conspiracy-and-acting-agents-foreign-government 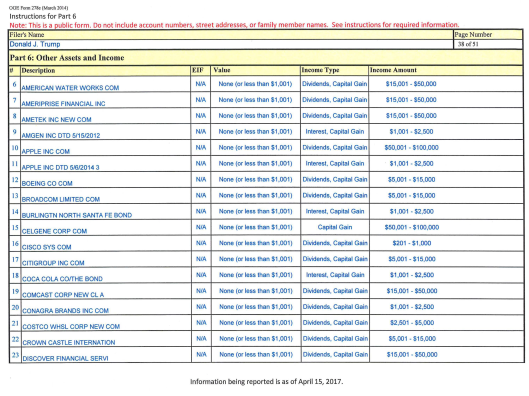 Short Thread: 1. Trump & Mehmet Ali Yalcindag are friends. Yalcindag is married into the Dogan family that owns the Trump Istanbul Towers. The Dogans want to take the Trump name off the building. Yalcindag does not. Yalcindag is now head of the Turkish-American Business Council.