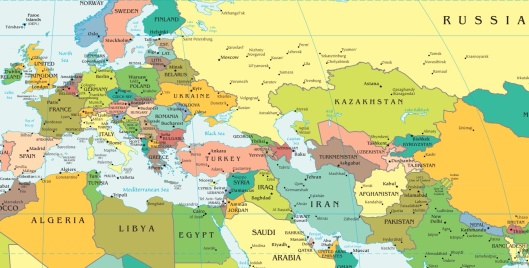 Nuclear weapons may or may not still be parked in Turkey:
https://en.wikipedia.org/wiki/Incirlik_Air_Base
http://web.archive.org/web/20181125161550/https://www.realcleardefense.com/articles/2017/11/30/the_future_of_incirlik_air_base.html
In December of 2015, Trump stated: “I have a little conflict of interest, because I have a major, major building in Istanbul,” Trump said. “It’s called Trump Towers. Two towers, instead of one. Not the usual one, it’s two. And I’ve gotten to know Turkey very well.” http://web.archive.org/web/20180818122523/https://www.latimes.com/nation/la-fg-trump-syria-20161117-story.html 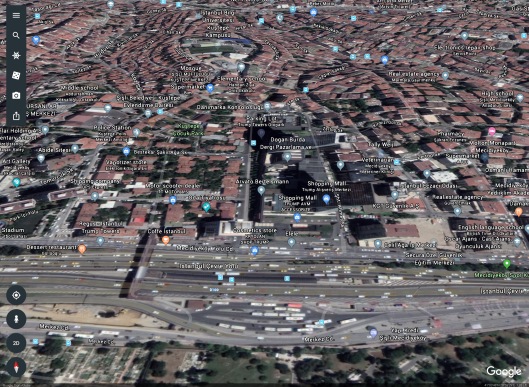 Turkey kills journalists and puts them in prison: https://cpj.org/blog/europe/turkey/

The US State Department has approved a potential sale of Patriot air missiles and defence systems to Turkey, despite having prevented Ankara from purchasing American fighter jets.

According to Turkish media sources, the Defence Security Cooperation Agency informed Congress of their decision yesterday, with the proposed sale costing some $3.5 billion

The missiles are primarily used for defence purposes, with the ability to shoot down incoming missiles and planes.

“The proposed sale will increase the defensive capabilities of the Turkey military to guard against hostile aggression and shield NATO Allies who might train and operate within Turkey’s borders. Turkey should have no difficulty absorbing this system into its armed forces,” said the US agency said in a statement.

“The proposed sale will enhance Turkey’s interoperability with the United States and NATO.”

The sale comes amid continued US concern over Turkey’s purchase of the S-400 surface-to-air missile systems from Russia. Washington has argued that the Russian system is not compatible with weapons used by other NATO countries, and initially proposed the Patriot system as an alternative.

Whilst Turkey considered buying both, it eventually opted for the S-400 system, which has a significantly longer range at a lower cost of $2.5 billion. The missiles are also able to carry three types of missiles capable of destroying targets, including ballistic and cruise missiles.

In response, the US Senate demanded a block on the sales of F-35 fighter jets long sought by Ankara, unless it could be certified that Turkey is not threatening NATO or purchasing defence equipment from Russia.

Sanctions were also placed on two Turkish ministers and products, but later lifted after the release of American pastor Andrew Brunson who had been held by Turkey on terrorism charges.

The US has maintained that the sale of the fighter jets cannot go ahead, but analysts say the latest arms offer is an attempt to ease rekindled tension between the two NATO allies over continued American support for Kurdish militia units in the north of Syria.

Last week, Turkish President Recep Tayyip Erdogan said his army would launch an operation in the coming days against the People’s Protection Units (YPG), whom his country views as an extension of the Kurdistan Workers’ Party (PKK) – a group classified by the West as a terrorist group that has waged a three-decade insurgency in Turkey.

The announcement prompted a sharp rebuke from the Pentagon, which stressed that any unilateral military action into northeast Syria would be unacceptable. The United States has been supporting the YPG in the fight against Daesh insurgents since 2015.

However efforts at negotiations are believed to be still continuing, with Erdogan stating on Friday after a phone call with US President Donald Trump that the two countries have agreed to have “more effective coordination” on Syria.” CC-BY-NC-SA-4.0: https://www.middleeastmonitor.com/20181219-us-proposes-sale-of-patriot-missiles-to-turkey/ https://creativecommons.org/licenses/by-nc-sa/4.0/

Ankara and Tehran need to prevent the US sanctions from impeding the neighbouring countries to reach their bilateral targets, Turkish President Recep Tayyip Erdogan said on Thursday, reports Anadolu Agency.

“We must stop the US sanction decision on Iran from impeding us to reach our targets,” Erdogan said at the Turkey-Iran Business Forum in the Turkish capital Ankara.

He said Turkey is ready to do its part to reach desired level of bilateral ties with Iran.

No one should expect us to end economic and trade relations with Iran due to the sanctions,” the Turkish president added.

Erdogan said he believes the sanctions on Iran could be transformed into an opportunity for both countries to enhance their bilateral relations.

In August, the US re-imposed a first round of sanctions that mainly targeted Iran’s banking sector.

A second phase of sanctions, targeting Iran’s energy sector, came into effect on 5 November, although Washington granted a 180-day reprieve to the eight largest buyers of Iranian oil, including Turkey. No one should expect us to end economic and trade relations with Iran due to the sanctions,” the Turkish president added.” CC-BY-NC-SA-4.0: https://www.middleeastmonitor.com/20181220-erdogan-us-sanctions-cannot-hurt-turkey-iran-ties/ https://creativecommons.org/licenses/by-nc-sa/4.0/ (Emphasis our own.)