Link: http://youtu.be/qBci_1B95Q4
Sunday, November 11th marks the centenary of the signing of the armistice in World War I, when the guns fell silent across the Western front, marking the end of a conflict that had killed around 40 million people.

The U.S. entered the war in 1917 after declaring war on Germany, and by the following year its contributions were vital in tipping the conflict in the Allies’ favor.

By the end of the war, more than 116,000 American troops had died defending Europe. More than 14,000 are buried at the Meuse-Argonne American Cemetery, the largest on the continent“.https://www.voanews.com/a/trump-to-attend-wwi-centenary-in-paris-as-france-warns-of-threats-to-europe/4651316.html 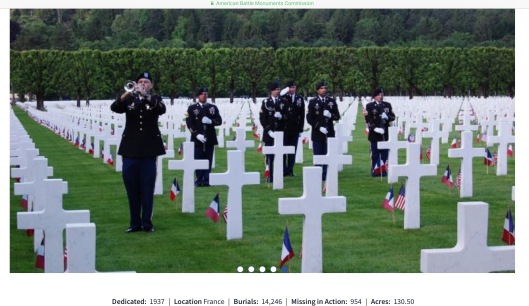 NB: Trump’s mother was in the UK during WWI (1914-18). She immigrated to the US in 1930. The Trumps were forced to move back to the US, once Germany (Bavaria) figured out that the Trump grandfather had left to avoid being drafted, decades before. Trump’s grandfather was too old to be drafted in the US for WWI, and apparently died of flu in 1918. Trump also evaded the draft during the Vietnam was.