“Sonya Williams-Barnes, Chair of the Caucus stated “David’s voting record on public education,Medicaid expansion, funding of mental health services and criminal justice reform is consistently in line with the votes of our Caucus. He has publicly called for the changing of the state flag, an important step in changing the economic climate of this state and a legislative priority for us. He is not shy when it comes to voting on issues in which we favor or not favor. He is with us and for that, we, The Mississippi Legislative Black Caucus, are proud to call him a partner in moving Mississippi forward.” 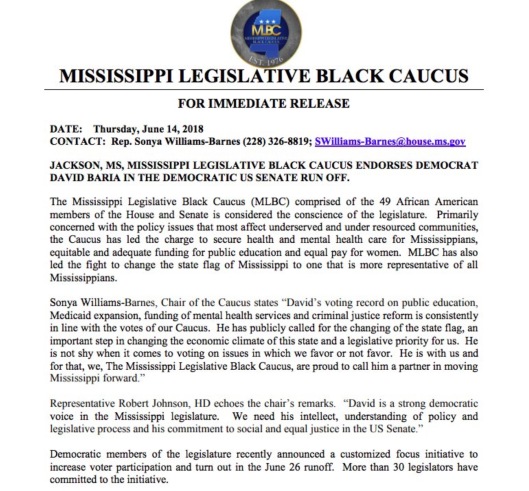