“By Order of Appointment, dated April 27, 2018 [Dkt. No. 30] (the “Order”), the Court appointed the Hon. Barbara S. Jones (Ret.) as Special Master to render decisions regarding “privilege issues related to materials seized in the execution of certain search warrants executed on April 9, 2018 (the “Seized Materials”).” See Order at 1…” https://www.courthousenews.com/wp-content/uploads/2018/05/JonesReport.pdf The materials seized were from Trump (Organization) lawyer Michael Cohen https://www.nytimes.com/2018/04/09/us/politics/fbi-raids-office-of-trumps-longtime-lawyer-michael-cohen.html

However, here below, we are told that of 639 items that 14 items are Privileged and/or Partially Privileged. And, that 3 items are not privileged. So, what about the other 622? Are they still under review? Or have they lost Privilege because they are related to crime or fraud?
“Contents of Eight Boxes of Hard Copy Materials:
Out of 639 total items consisting of 12,543 pages, the Special Master agrees with the Plaintiff and/or Intervenors and finds that 14 items are Privileged and/or Partially Privileged. The Special Master also finds that 3 items are not privileged….” http://www.courthousenews.com/wp-content/uploads/2018/06/JonesReport-6.4.18.pdf

“Few documents seized from Michael Cohen deemed privileged in first review Posted:Mon, 04 Jun 2018 19:22:26 -0400  NEW YORK (Reuters) – Only a tiny fraction of the documents seized from President Donald Trump’s longtime personal lawyer Michael Cohen and reviewed by a court-appointed official are protected by attorney-client privilege, according to a court filing on Monday.” http://feeds.reuters.com/~r/Reuters/PoliticsNews/~3/np8CCG68tjQ/few-documents-seized-from-michael-cohen-deemed-privileged-in-first-review-idUSKCN1J0330

About Attorney Client Privilege:
“The United States Supreme Court has stated that by assuring confidentiality, the privilege encourages clients to make “full and frank” disclosures to their attorneys, who are then better able to provide candid advice and effective representation (Upjohn Co. v. United States, 449 U.S. 383, 389 (1981)….
When an attorney is not acting primarily as an attorney but, for instance, as a business advisor, member of the Board of Directors, or in another non-legal role, then the privilege generally does not apply. (North Pacifica, LLC v. City of Pacifica, 274 F.Supp.2d 1118, 1127 (N.D. Cal 2003); Handguards, Inc. v. Johnson & Johnson, 69 F.R.D. 451, 453 (N.D. Cal 1975)

The crime-fraud exception can render the privilege moot when communications between an attorney and client are themselves used to further a crime, tort, or fraud. In Clark v. United States, the US Supreme Court stated that “A client who consults an attorney for advice that will serve him in the commission of a fraud will have no help from the law. He must let the truth be told. (“Clark v. United States, 289 U.S. 1, 15 (1933)

The crime-fraud exception also does require that the crime or fraud discussed between client and attorney be carried out to be triggered (In re Grand Jury Subpoena of Francis D. Carter, 1998 U.S. Dist. LEXIS 19597 (citing In re Sealed Case, 107 F.3d 46, 49, 51 (D.C. Cir. 1997) US Courts have not yet conclusively ruled how little knowledge an attorney can have of the underlying crime or fraud before the privilege detaches and the attorney’s communications or requisite testimony become admissible. (See, e.g. United States v. Bauer 132 F.3d 504 (9th Cir. 1997) vs. In re Grand Jury Proceedings (1996) (9th Cir. 1996).)… ” Excerpted from https://en.wikipedia.org/wiki/Attorney–client_privilege (Emphasis our own.) 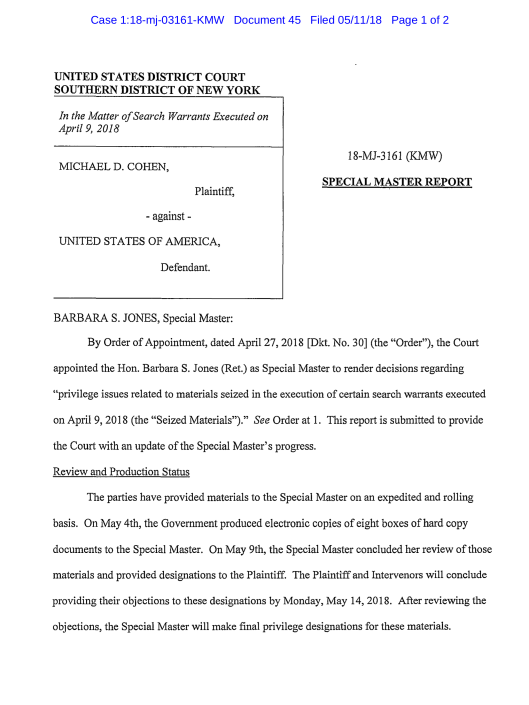