Isidori started working for Donald Trump straight out of cooking school and later was responsible for food prep oversight at all Trump properties. [2] 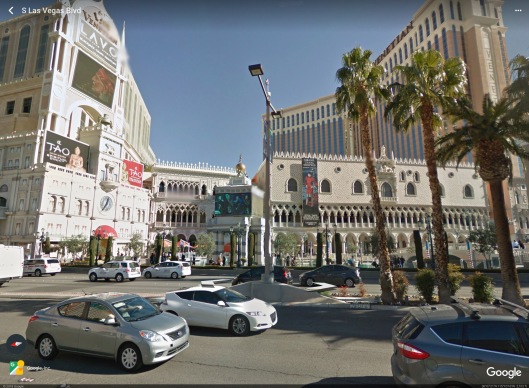 When Michelle Manning Barish was dating Eric Schneiderman, they went to eat brunch with her ex-inlaws Keith and Ann Barish, at their oceanfront Southampton home [3] Recall that Paul Manafort and his inlaws still had homes in the Hamptons as recently as last Christmas: https://en.wikipedia.org/wiki/The_Hamptons https://www.bloomberg.com/news/articles/2017-12-18/paul-manafort-wants-to-spend-christmas-in-the-hamptons

Her ex-father-in-law, Keith Barish, founder of Planet Hollywood, is-was “a financier, real estate developer and film producer, whose credits include Sophie’s Choice, The Fugitive, The Running Man and 9½ Weeks.” https://en.wikipedia.org/wiki/Planet_Hollywood

So how might Chris Barish have power over Michelle Manning Barish? There are many ways. What is she living off of? Writing a few HuffPo articles and tweets? Living in New York isn’t cheap. And, her HuffPo article about Mother’s Day suggests that she has plenty of money from some source. In the article she complains of the difficulties of taking her daughter to Disney World every year for Mother’s Day, where they stayed in a hotel [4]. Most kids, even with two working parents, could but dream of going to Disney World and she apparently flew in from New York. Many single Moms are worried about how to feed, clothe and house their kids. Thus, her article shows how out of touch she is with reality. She almost certainly is getting a large amount of child support and may be getting alimony. Her husband remarried, and she hasn’t, and he could probably get her daughter taken away from her. He probably has “dirt” on her or could trump some up. Sadly, this gets to the real #MeToo problem, which is the issue of equal wages [5]. Currently, even with the same education and experience women get paid less for the same work. How did she afford Harvard?

Unless she comes from a wealthy family or has an unknown source of income, the potential power that the Barish family could wield over her is enormous. People with that amount of wealth and power could easily take her child away. She may have connections to Trump through her family, too. There is a Michelle Hope Manning, of the same age, who is kin to a Manning who works at Giuliani’s (now former) law firm, though this seems to be a different one. According to her essay on Prince, she grew up in Broward County Florida and moved to New York alone. Despite this background, she isn’t ethnic Jewish, but mostly Spanish, and her mother was born in Spain. Her first language was Spanish. Was her mother a refugee of Franco or a fan of Franco’s fascist regime? Here’s betting a fan of fascism, especially since she has apparently written nothing about it. Nor has she written about Catalonia, even though her mother was supposedly born in Barcelona.

Additionally, in Manning-Barish’s writing on Bernie and Hillary, one can see that she very quickly turns against people she previously supported. She may have wanted to pull down Schneiderman simply from her disappointment in him, though why didn’t she do it sooner?

The original Sands Casino was the big Sinatra hang-out. Ronan Farrow who reported Manning Barish’s allegations, along with Jane Mayer, is Mia Farrow’s kid, most likely with either Woody Allen or her ex-husband Frank Sinatra. Ronan resembles Trump more than Sinatra, however.

Ronan’s mother, Mia Farrow, and possible father, Frank Sinatra, were actually married at the original Sands Casino, which is the site of the Venetian, where Michelle Manning-Barish’s ex, the father of her child, just opened a burger and beer joint. Mia and Sinatra remained very close, speaking daily. The Venetian is owned by Trump megadonor Sheldon Adelson. It’s a small incestuous little world, as they say. And, Ronan appears to perceive the world through the lens of Woody Allen’s behavior, when it comes to heterosexual men. It’s almost certainly why he’s gay (or possibly bi-sexual.) Where are his #MeToo articles about abuse in same-sex relationships?

Is the current Venetian-Las Vegas Sands Corporation mob linked? That’s one of the big outstanding questions. Recall that Trump lawyer mentor, Roy Cohn, was lawyer to New York mobsters. Sinatra was mob linked, meaning that Mia Farrow was, at least indirectly, mob-linked. This may still be a mob hit-job against Schneiderman.

While current acting AG Barbara Underwood may be as good or better than Schneiderman, she is interim until the NY legislature appoints another interim until the November elections. The interim appointed by the legislature may not be good. This may not have a happy ending like Franken’s replacement. If you care about life and the environment, Schneiderman’s removal matters: https://miningawareness.wordpress.com/2018/05/09/trump-pruitt-nuclear-hit-job-on-the-epa-american-people-may-increase-radiation-exposure-by-400x-how-quickly-will-everyone-die If you believe in innocent until proven guilty, rather than mob justice, this matters, as well. 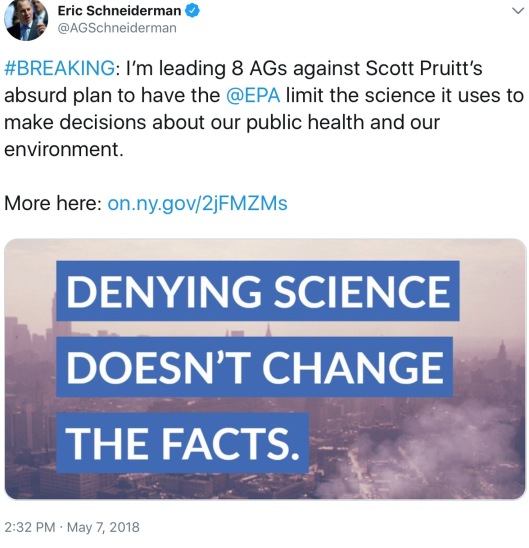 #BREAKING: I’m leading 8 AGs against Scott Pruitt’s absurd plan to have the @EPA limit the science it uses to make decisions about our public health and our environment.

Notes:
[1] https://www.insideedition.com/headlines/14353-creator-of-new-yorks-15-milkshake-craze-was-once-donald-trumps-personal-chef
[2] https://lasvegasweekly.com/nightlife/industry-weekly/2018/jan/03/chris-barish-returns-with-black-tap-burger/
[3] “Schneiderman meets the ex-parents-in-law” By Richard Johnson
August 27, 2014 | 3:08pm https://pagesix., com/2014/08/27/eric-schneiderman-meets-the-ex-parents-in-law (Pagesix is owned by Trump friend Murdoch)
[4] “Shout Out to the Dads Who Do What’s Right on Mother’s Day — and a Wake Up Call for Those Who Don’t By” Michelle Manning Barish THE BLOG 05/06/2016 04:42 pm ET Updated May 07, 2017 https://www.huffingtonpost. com/michelle-manning-barish/shout-out-to-the-dads-who_b_9857174.html
[5] Article by Susan Faludi, the author of “Backlash“: https://www.nytimes.com/2017/12/28/opinion/sunday/patriarchy-feminism-metoo.html