Fire video link: http://youtu.be/-UnY-IU8s_c
The man found unconscious by firefighters in a blazing inferno at Trump Tower 5th Avenue was Todd Brassner, who was a friend of Andy Warhol, and an art collector-art dealer. Brassner reportedly died in the hospital. Warhol was friends with Trump lawyer-mentor, and mob lawyer, Roy Cohn and first met Trump at one of Cohn’s parties. Warhol apparently disliked the Trumps because he had made a series of paintings of Trump Tower which they didn’t buy. Trump, on the other hand, has liked to quote Andy Warhol. [1] It seems that Warhol never told them what he thought of them, perhaps because he knew that Trump and Roy Cohn were close.

Trump’s attorney, Michael Cohen, reportedly warned a friend in the Tower to get out because of the fire, but apparently no one else was notified to evacuate [2]. Why?

Dead art collector/dealer and fire at Trump Tower. Just a tragic accident or covering tracks before Mueller gets there? Even Manafort has an apartment in Trump Tower.

9. The Debtor owns the property at 721 5th Avenue Apt 50C, New York NY 10022 (the “Property”). The Property is a condominium apartment located in Trump Tower, which the Debtor has owned for 20 years.

11. Nationstar Mortgage (“Mortgagee”), as assignee of Bank of New York Mellon, holds a November 20, 2013 judgment of foreclosure arising from a first mortgage and has filed a proof of claim asserting $661,332.00 due as of the filing date.

12. The Debtor an art collector/dealer. He has bought and sold art his entire adult life. His family is wealthy. Until the end of 2014, his family helped him pursue this passion.

But their support was limited. For the last few years the Debtor has been plagued with delibitating medical problems that have made it difficult for him to function. The limited support of his family coupled with his medical problems, caused the Debtor to fall into arrears on his mortgage, credit card payments and line of credit payments. The Debtor filed this case to avoid foreclosure of his apartment. The apartment is worth multiples of the secured debt against it. In addition, the Debtor owns a substantial art collection and other valuable collectibles. Since filing this case, the Debtor’s father passed away and left the Debtor a substantial inheritance. The decedent’s estate is in probate, but the Debtor’s brother has agreed to make a loan to the Debtor against the inheritance to fund the Plan and his day to day living expenses. In addition, the Debtor’s brother is also an art dealer and he has agreed to sell some of the Debtor’s artwork to fund the plan and for living expenses.” “15-11513-jlg Doc 57-1 Filed 06/03/16 Entered 06/03/16 13:22:58 Redlined Disclosure Statement and Plan Pg 4-5 of 38”
Was it really his brother who loaned him the money? Who is his brother? Did the money from his family found in court documents, below, really come from his biological family? 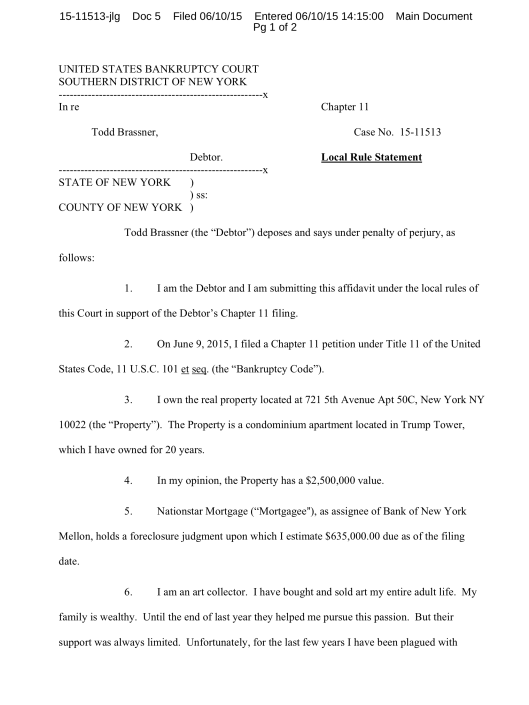 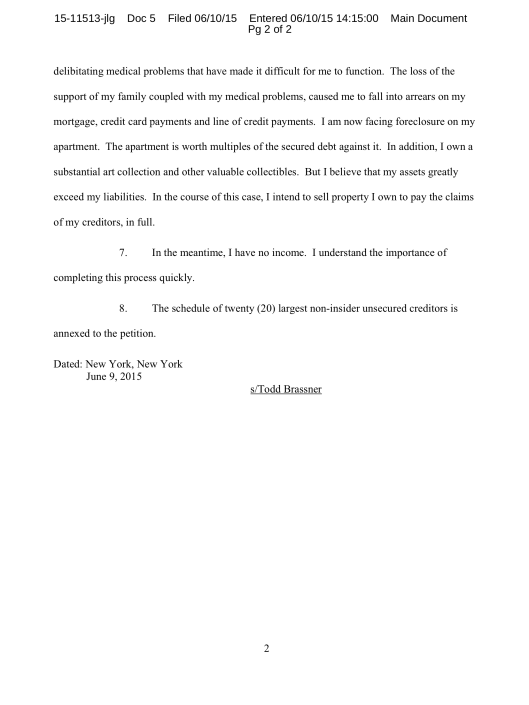 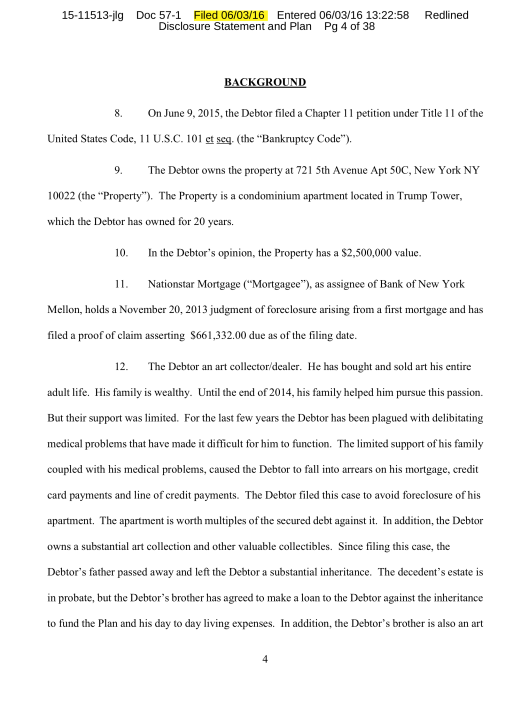 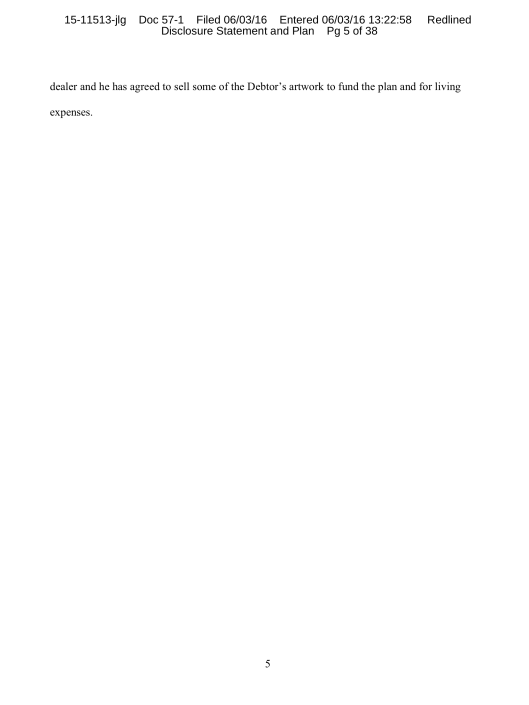 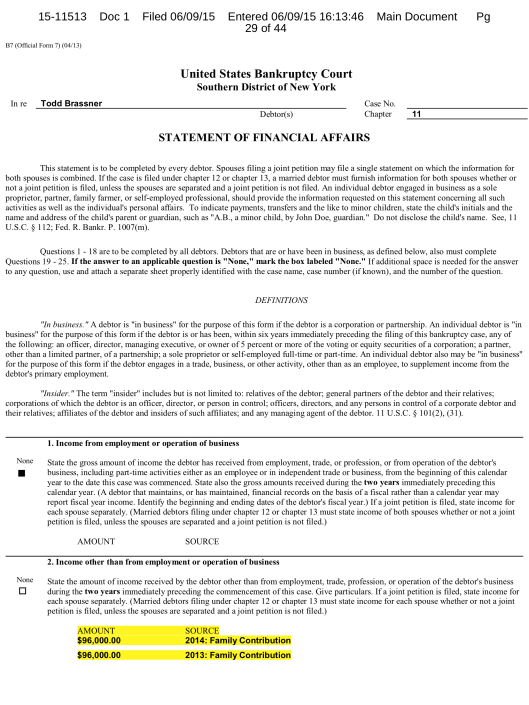 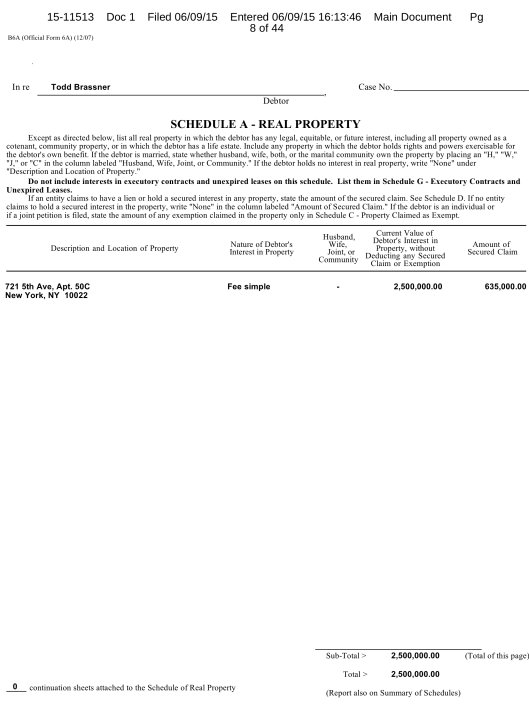