British Deputy U.N. Ambassador Jonathan Allen “said his government had asked the Organization for the Prohibition of Chemical Weapons, headquartered at The Hague, to independently verify the nerve agent used./ “We have offered Russia the chance to explain, but Russia has refused. We have therefore concluded that the Russian state was involved, and we have taken certain measures in response,” the British envoy said.” (VOA-Besheer, March 14, 2018)

“A Russian chemist who helped develop the nerve agent in the Soviet era and now lives in the United States said that only the Russian government could have carried out the attack with such a deadly and advanced toxin. Vil Mirzayanov, 83, said that Russia maintains tight control over its Novichok stockpile and that the agent is too complicated for a nonstate actor to have weaponized. “The Kremlin all the time, like all criminals, denying — it doesn’t mean anything,” Reuters quoted Mirzayanov as saying in an interview at his home in Princeton, New Jersey.” https://www.rferl.org/a/showdown-looms-russia-fails-respond-british-deadline-skripal-nerve-gas-novichok-poisoning-case-may-trump-nato/29097843.html

If they were known Russian spies, then why hadn’t they kicked them out already? “Under the Vienna convention, the United Kingdom will now expel 23 Russian diplomats who have been identified as undeclared intelligence officers. They have just one week to leave. This will be the single biggest expulsion for over 30 years and it reflects the fact that this is not the first time that the Russian state has acted against our country. Through these expulsions, we will fundamentally degrade Russian intelligence capability in the UK for years to come, and if Russia seeks to rebuild it, we will prevent it from doing so.” 14 March 2018, Volume 637, UK PM Theresa May: https://hansard.parliament.uk/Commons/2018-03-14/debates/071C37BB-DF8F-4836-88CA-66AB74369BC1/SalisburyIncidentFurtherUpdate

The British government will probably find it too “painful” to touch “BP’s 20% stake in Russian oil and gas giant Rosneft” (or Shell who, like Exxon, is at Sakhalin). Read: “Russian spy: Retaliation could be painful for UK business” By Simon Jack, 14 March 2018 http://www.bbc.com/news/business-43384726 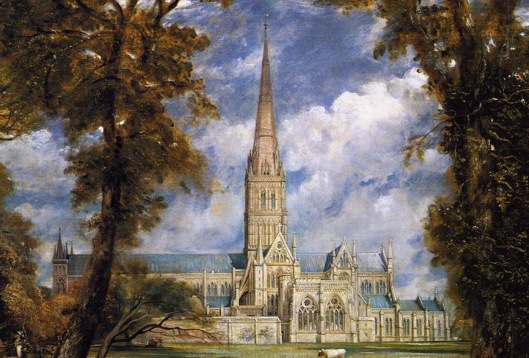 From VOA: “British Envoy: Russia’s Attempted Assassination of Ex-Spy was ‘No Common Crime’ Last Updated: March 14, 2018 8:19 PM,
by Margaret Besheer
UNITED NATIONS —
A British U.N. envoy said Wednesday that a thorough investigation indicated that Russia was behind the attempted assassination of a former Russian spy in an English town.

“On the 4th of March, a weapon so horrific that it is banned from use in war was used in a peaceful city in my country,” British Deputy U.N. Ambassador Jonathan Allen told Security Council members, referring to an attack using a chemical weapon. “This was a reckless act, carried out by people who disregard the sanctity of life, who are indifferent if innocents are caught up in their attacks.”

Former Russian spy Sergei Skripal and his daughter, Yulia, were found unconscious on a park bench in Salisbury and were rushed to a hospital, where they remain in serious condition. Several other individuals, including a police officer, were sickened.

Soviet origins
British officials said the chemical nerve agent known as Novichok was used in the attack. It was developed by the Soviet Union and inherited by Russia.
“This was no common crime,” Allen said. “It was an unlawful use of force.”

He noted Russia has a history of state-sponsored assassinations and cited the 2006 slaying of former Russian spy Alexander Litvinenko, who was poisoned and later died in London.

“Russia has shown in its repeated protection of [Syrian President Bashar al-] Assad’s chemical weapons use that it has different standards when it comes to the use of these terrible substances,” Allen said. “We have not jumped to conclusions. We have carried out a thorough, careful investigation, which continues.”

He said his government had asked the Organization for the Prohibition of Chemical Weapons, headquartered at The Hague, to independently verify the nerve agent used.

“We have offered Russia the chance to explain, but Russia has refused. We have therefore concluded that the Russian state was involved, and we have taken certain measures in response,” the British envoy said.

Expulsion of diplomats
Earlier Wednesday, British Prime Minister Theresa May announced several reprisals, including the expulsion of 23 Russian diplomats from Britain. Russia’s Foreign Ministry said in a statement that its response to the measures “will not be long in coming.”

“Let me make one thing clear from the very beginning: The United States stands in absolute solidarity with Great Britain,” U.S. Ambassador Nikki Haley told the council. “The United States believes that Russia is responsible for the attack on two people in the United Kingdom using a military-grade nerve agent.”

Haley’s remarks were the strongest from a Trump administration official on Moscow’s potential involvement in the incident. She went on to say that Russia “must account for its actions.”

Russian Ambassador Vassily Nebenzia dismissed the British accusations.
“Russia had nothing to do with this incident,” he told council members.
Nebenzia said Russia considered the “ultimatum” from London to respond to accusations of involvement “null and void.”

He demanded that London provide samples of substances used in the attack for a joint investigation, since Britain claimed they were Russian in origin.

The Russian envoy said his government had ceased developing chemical weapons in 1992 and had destroyed its stockpiles in September 2017.

Nebenzia said that in order for the British to determine the agent used was Novichok, they would have to possess a sample for comparison.

Other council members expressed concern about the attack, condemning the use of chemical weapons by anyone at any time. A spokesperson for U.N. Secretary-General Antonio Guterres said the use of nerve agents by a state would constitute a serious violation of international law.

“While the secretary-general is not in a position to attribute responsibility, he strongly condemns the use of any nerve agent or chemical weapons and hopes the incident will be thoroughly investigated,” the spokesperson said.” https://www.voanews.com/a/britain-brief-un-security-council-spy-probe/4298465.html