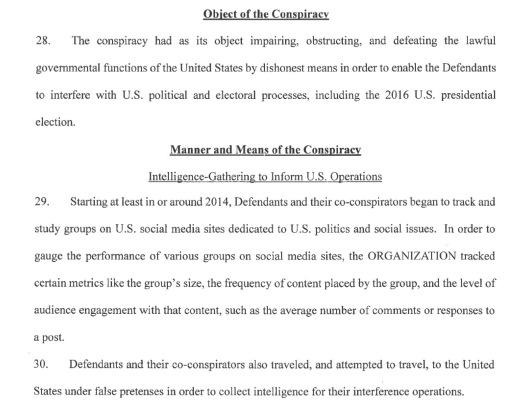 Starting in at least or around 2014 describes the time when Mining Awareness noticed bunches of Russian government linked visits snooping around our blog. 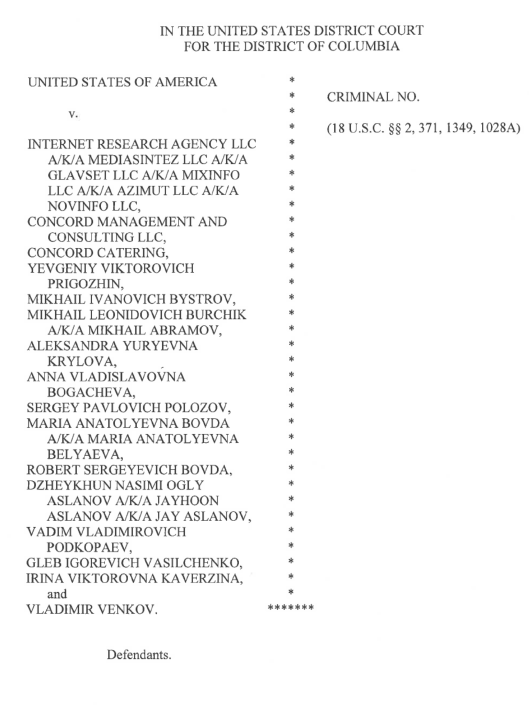 The Department of Justice announced that a grand jury in the District of Columbia today returned an indictment presented by the Special Counsel’s Office. The indictment charges thirteen Russian nationals and three Russian companies for committing federal crimes while seeking to interfere in the United States political system, including the 2016 Presidential election.

The defendants allegedly conducted what they called “information warfare against the United States,” with the stated goal of “spread[ing] distrust towards the candidates and the political system in general.”

“This indictment serves as a reminder that people are not always who they appear to be on the Internet,” said Deputy Attorney General Rod J. Rosenstein.

“The indictment alleges that the Russian conspirators want to promote discord in the United States and undermine public confidence in democracy. We must not allow them to succeed.

The Department of Justice will continue to work cooperatively with other law enforcement and intelligence agencies, and with the Congress, to defend our nation against similar current and future schemes. I want to thank the federal agents and prosecutors working on this case for their exceptional service.

”  According to the allegations in the indictment, twelve of the individual defendants worked at various times for Internet Research Agency LLC, a Russian company based in St. Petersburg, Russia.

The other individual defendant, Yevgeniy Viktorovich Prigozhin, funded the conspiracy through companies known as Concord Management and Consulting LLC, Concord Catering, and many subsidiaries and affiliates.

The conspiracy was part of a larger operation called “Project Lakhta.” Project Lakhta included multiple components, some involving domestic audiences within the Russian Federation and others targeting foreign audiences in multiple countries.

Internet Research Agency allegedly operated through Russian shell companies. It employed hundreds of persons for its online operations, ranging from creators of fictitious personas to technical and administrative support, with an annual budget of millions of dollars.

Internet Research Agency was a structured organization headed by a management group and arranged in departments, including graphics, search-engine optimization, information technology, and finance departments.

Two of the defendants allegedly traveled to the United States in 2014 to collect intelligence for their American political influence operations.

To hide the Russian origin of their activities, the defendants allegedly purchased space on computer servers located within the United States in order to set up a virtual private network. The defendants allegedly used that infrastructure to establish hundreds of accounts on social media networks such as Facebook, Instagram, and Twitter, making it appear that the accounts were controlled by persons within the United States.

They used stolen or fictitious American identities, fraudulent bank accounts, and false identification documents. The defendants posed as politically and socially active Americans, advocating for and against particular political candidates.

They established social media pages and groups to communicate with unwitting Americans. They also purchased political advertisements on social media.

The defendants and their co-conspirators pretended to be grassroots activists. According to the indictment, the Americans did not know that they were communicating with Russians.   After the election, the defendants allegedly staged rallies to support the President-elect while simultaneously staging rallies to protest his election. For example, the defendants organized one rally to support the President-elect and another rally to oppose him—both in New York, on the same day.

On September 13, 2017, soon after the news media reported that the Special Counsel’s Office was investigating evidence that Russian operatives had used social media to interfere in the 2016 election, one defendant allegedly wrote, “We had a slight crisis here at work: the FBI busted our activity…. So, I got preoccupied with covering tracks together with my colleagues.”  The indictment includes eight criminal counts. 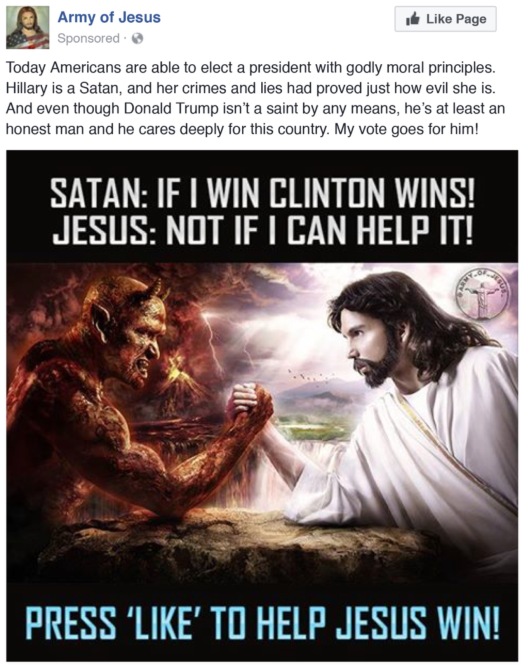 Count One alleges a criminal conspiracy to defraud the United States, by all of the defendants. The defendants allegedly conspired to defraud the United States by impairing the lawful functions of the Federal Election Commission, the U.S. Department of Justice, and the U.S. Department of State in administering federal requirements for disclosure of foreign involvement in certain domestic activities.

Counts Three through Eight charge aggravated identity theft by Internet Research Agency and four individuals.   There is no allegation in the indictment that any American was a knowing participant in the alleged unlawful activity. There is no allegation in the indictment that the charged conduct altered the outcome of the 2016 election.   Everyone charged with a crime is presumed innocent unless proven guilty in court. At trial, prosecutors must introduce credible evidence that is sufficient to prove each defendant guilty beyond a reasonable doubt, to the unanimous satisfaction of a jury of twelve citizens.   The Special Counsel’s investigation is ongoing. There will be no comments from the Special Counsel at this time.
Attachment(s):
Download Indictment
https://web.archive.org/web/20180216194554/https://www.justice.gov/opa/press-release/file/1035562/download
Component(s):
Office of the Deputy Attorney General
Press Release Number:
18 – 198” Emphasis and divisions our own. Original here: https://web.archive.org/web/20180216194531/https://www.justice.gov/opa/pr/grand-jury-indicts-thirteen-russian-individuals-and-three-russian-companies-scheme-interfere
NOTE THAT THE PRESS RELEASE STATES THAT THERE IS NO ALLEGATION IN THE INDICTMENT, MEANING IN THIS PARTICULAR INDICTMENT, THAT ANY AMERICANS WERE KNOWING PARTICIPANTS AND NO ALLEGATION THAT IT CHANGED THE ELECTION RESULT. THIS WAS PROBABLY ADDED AS COVER BY THE TRUMP ADMINISTRATION. THERE ALMOST CERTAINLY WILL BE MORE INDICTMENTS WHICH MAY IMPLICATE AMERICANS. WHETHER OR NOT PROPAGANDA CHANGED THE ELECTION RESULT IS HARD TO PROVE BUT IN A CLOSE ELECTION IT IS LIKELY. AND HOW MANY FAILED TO VOTE BECAUSE THEY BELIEVED LIES ABOUT HILLARY BUT DIDN’T WANT TO VOTE FOR TRUMP? The allegations against Hillary that we investigated in depth had no merit. While we continue to be suspicious of the Clintons on certain points, no one has bothered to investigate or report on these points. Rather, cheap, apparently trumped up charges were made. For too long the US has had to choose the lesser of two evils for President. This sort of interference in the election process means that it is unlikely that the US will ever get a good candidate even if big money were removed from politics because even where individuals are thick skinned, Americans are increasingly intolerant and judgemental on silly things which don’t matter. Americans increasingly prefer superficial surface to content, and prefer to attack those who bring problems to light, as though they are the problem. America has changed, and mostly for the worse. Efforts are made to extirpate legitimate protest by the general public itself (crabs in the basket killing the messenger so to speak).