Trump and Netanyahu – Two rats together (our apologies to rat lovers.)

Like Trump, long-time Trump family friend (Trump’s father was friends with Netanyahu in the 1980s) and Kushner friend (he stayed at Jared’s house), Israeli Prime Minister Benjamin Netanyahu has been under investigation for corruption and his indictment is reportedly coming down next week. Netanyahu is also friends-has had support from Sheldon and Miriam Adelson, who gave $25 million to help Trump win.

Netanyahu launches a large-scale attack on Syria supposedly because a drone, allegedly Iranian, landed in the Golan Heights which Israel has been occupying since 1967, an occupation which the UN says is illegal. An Israeli oil company, Eilat Ashkelon Pipeline Company, owes Iran $1.1 billion in compensation, according to a Swiss court.

Israel Police “are expected to send the summary of their investigation against Prime Minister Benjamin Netanyahu to the prosecutor’s office next week”, reports Haaretz, “and release their recommendations on whether there is sufficient evidence to indict him”.

In recent weeks, Israeli authorities finished their work in two cases known as Case 1000 and Case 2000, with recommendations expected by Tuesday.

The second case, meanwhile, “involves allegations that Netanyahu negotiated with the publisher of the Yedioth Ahronoth daily, Arnon Mozes, over possible changes in government policy that would benefit Yedioth in exchange for favourable coverage of the prime minister”.

Netanyahu has denied any wrongdoing, claiming “there is nothing illegal about accepting gifts from friends, and that he never intended to follow through with proposed steps discussed with Mozes”.

Haaretz notes that today “the head of the Israel Police, Roni Alsheich, is expected to meet with police investigators to finalize the recommendations in the cases”“. https://www.middleeastmonitor.com/20180207-israel-police-to-release-recommendations-on-netanyahu-charges. https://creativecommons.org/licenses/by-nc-sa/4.0/

“Report: Swiss court orders Israel to pay Iran $1.1 billion in oil pipeline dispute – Haaretz – May 20, 2015 · An Israeli oil company, the Eilat Ashkelon Pipeline Company, has been ordered to pay $1.1 billion in compensation to Iran by a Swiss court,….”

In a serious military flare-up on the Israeli border with Syria, Israeli warplanes launched several waves of airstrikes inside Syria, after an Iranian drone infiltrated Israeli territory on the disputed Golan Heights and was shot down. The Israeli army said a “large-scale attack” destroyed at least a dozen Syrian and Iranian targets in Syria.

An Israeli F-16 fighter jet also was shot down and crashed inside Israel. The two pilots ejected but were injured and rushed to a hospital.

The Israeli military described the drone infiltration as a “severe violation of Israeli sovereignty” and warned that Iran and Syria are “playing with fire.”

Conricus also posted video of what he said was an Iranian unmanned aerial vehicle (UAV) infiltrating Israeli airspace and then being shot down, with an Iranian command vehicle being struck by the IDF.

It was one of the most significant flare-ups involving Israeli forces since the Syrian civil war erupted seven years ago.

But Reuven Ben Shalom, a former Israeli fighter pilot, believes this incident will not lead to war because Israel would win.

“These incidents usually die down and do not lead to all-out war, and the main reason I said that now is that the main players in the region have absolutely no reason to go to war. It’s against Syrian interests now, against Iranian interests now, mainly because they know that if they go to war with us, they will suffer severely,” Ben Shalom said.

The clash occurred amid warnings from Israeli leaders that they will not tolerate growing efforts by Iran to establish military bases in neighboring Syria and Lebanon that could be used to launch attacks against the Jewish state.

Ben Shalom says Israel’s quick interception of the drone and surgical strikes on Syrian and Iranian targets send a clear message to the other side.

Nevertheless, in Damascus the incident is seen as a victory. One Syrian lawmaker said that the downing of the Israeli warplane marks a “major shift in the balance of power in favor of Syria and the axis of resistance.” https://www.voanews.com/a/israel-syria/4247878.html 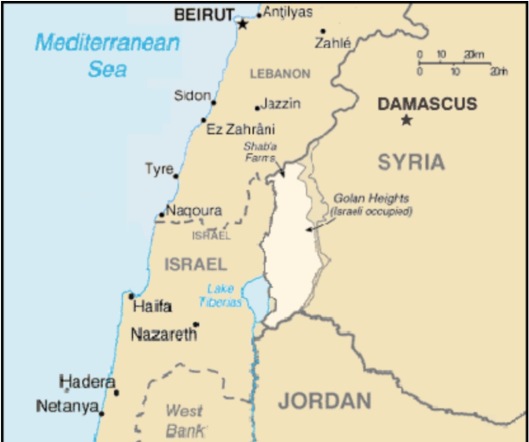 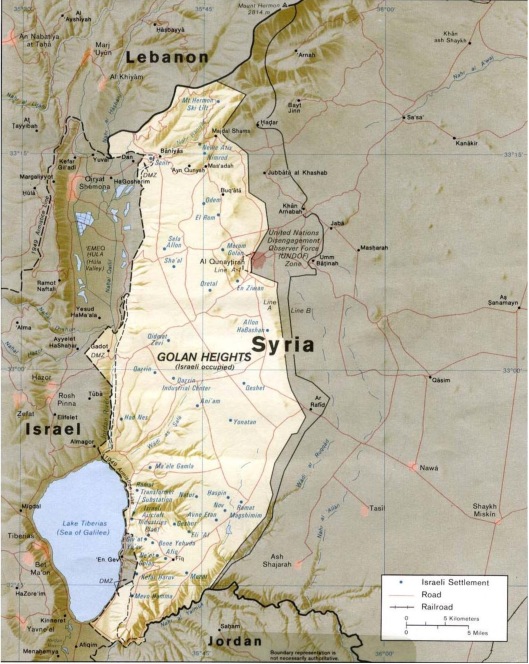 Settlements are out of date as this is an old CIA map.

When rats are cornered they jump was apparently in a Putin bio about cornering a rat in his childhood and what he learned. It’s probably why he wants to have money and power too.