NBC News reports that it obtained a written rebuttal to the Nunes memo from US Congressman Nadler [1] (who replaced Congressman Conyers as the ranking member of the House Judiciary Committee). Based on the article, it appears that Nadler wrote the rebuttal. It is unclear if they obtained it from him, or someone else. The link calls it a “final draft“.

Although I have had the benefit of reading the materials that form the basis for the Nunes memo, most members have not—including, reportedly, Chairman Nunes. Accordingly, I am forwarding the legal analysis below for use by your office based on my review the Nunes memo and on outside sources….

We should not lose sight of a critical and undisputed fact: the Foreign Intelligence Surveillance Court found probable cause to believe that Carter Page—a member of the Trump campaign’s foreign policy team—was an agent of the Russian government.”

Sections of the memo:
I. The FISA court found probable cause to believe that Carter Page is an agent of a foreign power. Nothing in the Nunes memo rules out the possibility that considerable evidence beyond the Steele dossier helped the court reach that conclusion.
II. Christopher Steele is a recognized expert on Russia and organized crime.
III. The Nunes memo provides no credible basis whatsoever for removing Rod Rosenstein as Deputy Attorney General.
IV. The Nunes memo shows that House Republicans are now part and parcel to an organized effort to obstruct the Special Counsel’s investigation. http://msnbcmedia.msn.com/i/TODAY/z_Creative/inline-headers/FINAL%20DRAFT%20–%20Dear%20Colleague%20on%20Nunes%20Memo.pdf 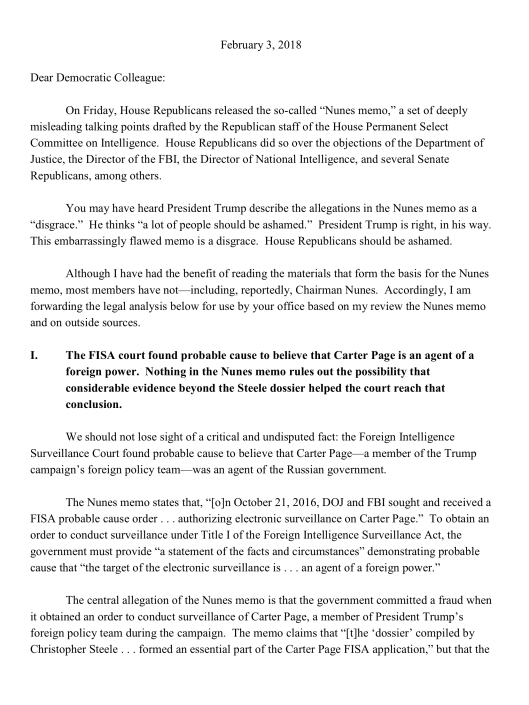 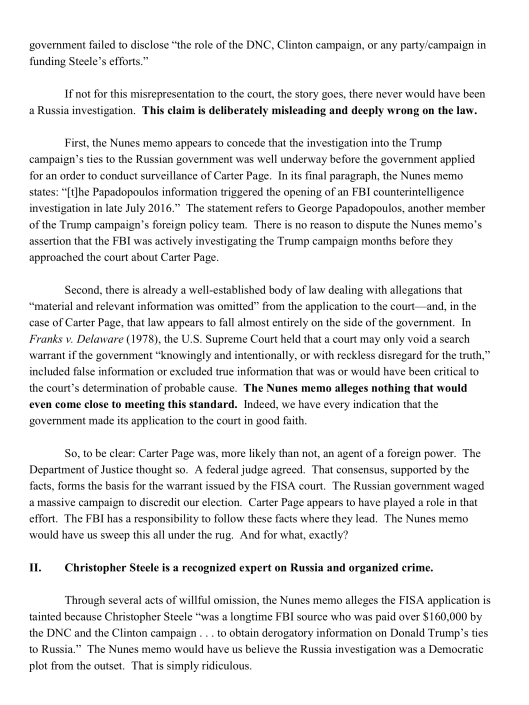 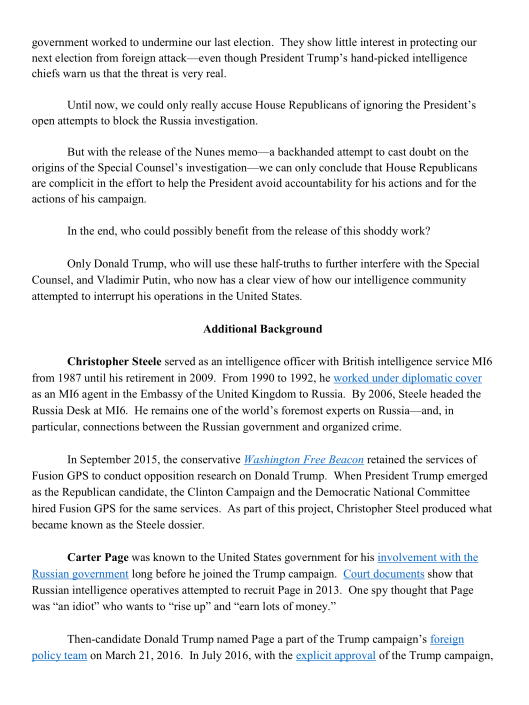 Embedded links at the original.