For the 2014 US EPA comment period on the Pebble Mine there were 675,008 comments. For the 2017 one, over a million comments. But, Scott Pruitt wants yet another comment period! “After hearing directly from stakeholders and the people of Alaska, EPA is suspending its process to withdraw the Proposed Determination, leaving it in place while the Agency receives more information on the potential mine’s impact on the region’s world-class fisheries and natural resources.  EPA intends to solicit additional public comment on the impact of the Pebble Limited Partnership’s December 2017 mining application on the existing Proposed Determination.” [1] 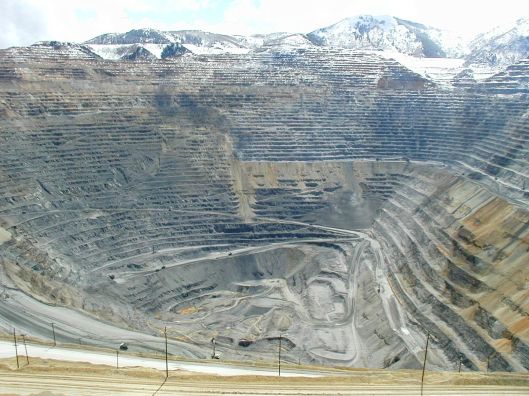 “Today’s announcement … shows us that the power of local people, speaking together in a united voice, can still be heard above the noise of today’s partisan politics…. The fight to protect our watershed from Pebble is far from finished. But, today’s decision, and all those who worked so tirelessly to get us here, will be celebrated.” (Robert Heyano, President of United Tribes of Bristol Bay, January 26, 2018) [2]

Last October, the Northern Dynasty Minerals Ltd. (NDM) mining company, proposed another Pebble Mine “scenario” whereby “the footprint of Pebble Project’s major mine facilities (pit, tailings storage facility) would be reduced to approximately 5.4 square miles“, 3456 acres. And, to construct the tailing storage facilities more safely with “enhanced buttresses and slope“. Why not propose that originally? And, to separate “potentially acid generating tailings” from other ones and to store them in a lined tailing storage facility. Shouldn’t they all be double lined? Did the original proposal have no liner? They want to consolidate the tailings to the North Fork Koktuli area. They may not use cyanide, as originally proposed. And that “the mine would be designed to withstand the greatest possible seismicity predicted by science“. Shouldn’t that be a given? They would create a new ferry route to reduce road construction. But, what impacts does this have? Although this area is almost certainly being impacted by the still ongoing radioactive discharges from TEPCO’s Fukushima Daiichi nuclear disaster site, this is all the more reason that this area should not be subjected to additional environmental stress.

For the October Pebble Mine proposal, the yearly revenue to the Lake & Peninsula Borough, as estimated by the mining company, would be $19-21 million per year. They estimated the state revenue as $49-66 million per year. [2] This is 1/10th of the direct expenditures and sales generated in 2009, in its natural state. According to the US EPA, the “Bristol Bay watershed’s ecological resources generated nearly $480 million in direct economic expenditures and sales” in 2009. Some of this would come to the local government through taxes on fish, tourist lodging and guides: http://www.lakeandpen.com/departments/finance/all_businesses/tax_forms/

The number of jobs from not building the mine are seven to nine times greater than building the mine (14,000 vs. 1,500-2,000).[2] And, most of the mining related jobs would be very temporary, since total would presumably include construction jobs. How many permanent? Even the mine itself is temporary, whereas mining damage is permanent.

From the 2014 EPA study about the proposal: “The U.S. Environmental Protection Agency (EPA) Region 10 is requesting public comment on a proposed determination to restrict the use of certain waters in the Bristol Bay watershed for disposal of dredged or fill material associated with mining the Pebble deposit, a large ore body in southwest Alaska. EPA Region 10 is taking this step because of the high ecological and economic value of the Bristol Bay watershed and the assessed unacceptable environmental effects that would result from such mining. This proposed determination relies on clear EPA authorities under the Clean Water Act (CWA), and is based on peer-reviewed scientific and technical information. Its scope is geographically narrow and it does not affect other deposits or mine claim holders outside of those affiliated with the Pebble deposit. EPA Region 10 is taking this step pursuant to Section 404(c) of the CWA and its implement….

The Bristol Bay watershed’s ecological resources generated nearly $480 million in direct economic expenditures and sales and provided employment for over 14,000 full- and part-time workers in 2009. The Bristol Bay commercial salmon fishery generates the largest component of this economic activity, with an estimated value of $300 million (sales from fishers to processors) and employment for over 11,000 full- and part- time workers (EPA 2014: Chapter 5).

In February 2011, Northern Dynasty Minerals Ltd. (NDM) formally submitted information to the U.S. Securities and Exchange Commission (SEC) that put forth plans for the development of a large-scale mine at the headwaters of this pristine ecosystem (Figure ES-2). Their proposal outlines several stages of mine development, the smallest being a 2.0-billion-ton mine1 and the largest being a 6.5-billion-ton mine2 (Ghaffari et al. 2011, SEC 2011), both of which are larger than 90% of the known ore deposits of this type in the world (EPA 2014: Chapter 4).

Based on information provided by NDM to the SEC (Ghaffari et al. 2011, SEC 2011), mining the Pebble deposit is likely to involve excavation of the largest open pit ever constructed in North America, covering up to 6.9 square miles (17.8 km2) and reaching a depth of as much as 0.77 mile (1.24 km) (EPA 2014: Chapter 6); for reference, the maximum depth of the Grand Canyon is approximately 1 mile.

Disposal of resulting waste material would require construction of up to three mine tailings impoundments covering an additional 18.8 square miles (48.6 km2) and waste rock piles covering up to 8.7 square miles (22.6 km2) (EPA 2014: Chapter 6) in an area that contains highly productive streams and wetlands.

The volume of mine tailings and waste rock produced from the smallest mine proposed by NDM to the SEC (Ghaffari et al. 2011, SEC 2011) would be enough to fill a professional football stadium more than 880 times, whereas the largest mine would do so more than 3,900 times.

In total, these three mine components (mine pit, tailings impoundments, and waste rock piles) would cover an area larger than Manhattan.

Mine construction and operation would also require the construction of support facilities, including a major transportation corridor, pipelines, a power- generating station, wastewater treatment plants, housing and support services for workers, administrative offices, and other infrastructure. Such facilities would greatly expand the “footprint” of the mine and affect additional aquatic resources beyond the scope of this proposed determination. Although NDM’s preliminary plans (Ghaffari et al. 2011, SEC 2011) could change, any mining of this deposit would, by necessity, require similar mine components, support facilities, and operational features. Given the extent of streams, wetlands, lakes, and ponds both overlying the Pebble deposit and within adjacent watersheds, excavation of a massive mine pit and construction of large tailings impoundments and waste rock piles would result in discharge of dredged or fill material into these waters….” https://www.epa.gov/sites/production/files/2014-07/documents/pebble_pd_071714_final.pdf Low grade means that it is almost entirely waste rock.

See at the bottom of this blog post and at this link for EPA- Pruitt statement:https://www.epa.gov/bristolbay/about-epas-decision-not-withdraw-proposed-clean-water-act-restrictions-mining-pebble

The Canadian Mining company and its officers: https://www.reuters.com/finance/stocks/company-officers/NAK

From the USEPA:
“Summary
In 2014, EPA issued a Clean Water Act Section 404(c) Proposed Determination that would, if finalized, restrict the discharge of dredged or fill material in the Bristol Bay watershed related to mining the Pebble copper and gold deposit. https://www.epa.gov/bristolbay/2014-proposed-determination-pursuant-section-404c-clean-water-act-pebble-deposit-area

In a May 11, 2017, settlement agreement resolving outstanding lawsuits between EPA and the Pebble Limited Partnership, EPA agreed to initiate a process to propose to withdraw the Proposed Determination by July 11, 2017. https://www.epa.gov/bristolbay/2017-settlement-agreement-between-epa-and-pebble-limited-partnership

In July 2017, EPA solicited public comment on whether to withdraw the Proposed Determination, and whether the Administrator should review the withdrawal decision if such a decision is made. Comments were due on October 17, 2017 (see Public Comments below).

After hearing directly from stakeholders and the people of Alaska, EPA is suspending its process to withdraw the Proposed Determination, leaving it in place while the Agency receives more information on the potential mine’s impact on the region’s world-class fisheries and natural resources. 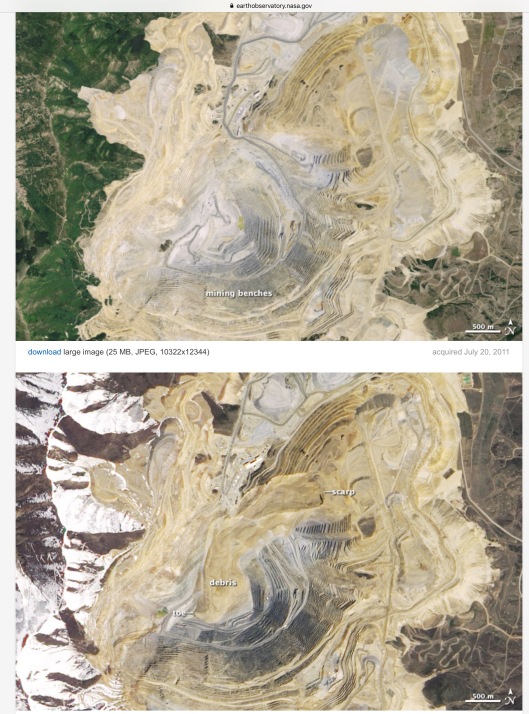 As can be seen, above, media reports have been rather misleading, perhaps inadvertently so:
“In reversal, U.S. EPA maintains restriction on Alaska mine project  Posted:Sat, 27 Jan 2018 22:31:41 -0500 (This version of the Jan. 26 story corrects headline, first, third and fifth paragraphs to show the EPA has maintained restrictions and not halted project approval process.)”
http://feeds.reuters.com/~r/reuters/environment/~3/sG1jdgAtus4/in-reversal-u-s-epa-maintains-restriction-on-alaska-mine-project-idUSKBN1FF2ZO