64% of Americans oppose the Republican tax plan, according to two polls from two different universities. [1,2] Half think their taxes will go up under the plan. Most Americans want tax reform, but not this tax plan.

The Republican tax plan includes allowing oil drilling in the Arctic National Wildlife Refuge, whereas according to a Gallup poll from earlier this year, 53% oppose drilling for oil on public lands.[3] Gallup also reported that “59% of Americans agreed that protection of the environment should be given priority, even at the risk of limiting the amount of energy supplies, up from 41% in 2011. And 56% of Americans said that protection of the environment should be prioritized over economic growth.” [4] A majority of Americans (54%) oppose nuclear energy, according to a 2016 Gallup poll. Americans also favor energy conservation [5]. And, yet, Trump is shrinking Bears Ears National Monument, apparently for nuclear and fossil fuel interests. [6]

The Harvard Harris Poll shows that 64% of Americans oppose the Republican tax bill and 36% favor (p. 52, Table 49). The wording was “Do you favor or oppose the tax bill that was passed a few days ago by the U.S. Senate?“[1]

Interestingly, 61% do want tax reform and 64% want their taxes lowered. However, they don’t want this tax reform. [1]

The Monmouth university poll is a smaller poll, but ultimately came up with the same result. The Monmouth poll asked: “Do you approve or disapprove of this tax reform plan?  [Do you approve/disapprove strongly or somewhat?]“(See question 20). 27% had no opinion because 8% were waiting to read the final version and 19% didn’t know. Only 26% approve of the plan. 47% disapprove. [2] Thus, we have media very misleadingly saying almost half disapprove which implies that over half approve, which is patently false, because only 26% say they approve.

Question 19 of the Monmouth poll asked “Have you heard that the Senate and the House have passed tax reform bills and are now working on a final version, or haven’t you heard about this?” 75% had heard; 25% had not heard [2].

According to a recent AP-NORC poll, only 32% of Americans approve of the job Trump’s doing; only 25% think the country is better off and only 20% say they are better off since Trump took office. In contrast, a year ago, 46% of Americans thought that America had become better off under Obama’s presidency.

A retiree from Pennsylvania is quoted as saying about the Republican tax plan: “It definitely favors Mr. Trump and his wealthy friends“.[7]

TAX PLAN WITHOUT REPRESENTATION CONTRIBUTED TO THE AMERICAN REVOLUTION 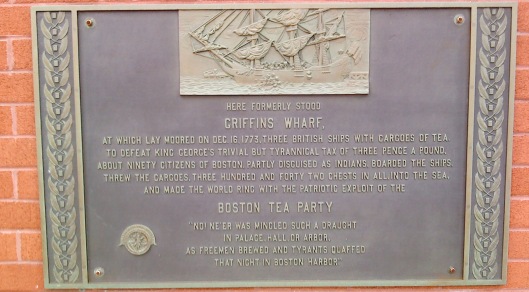 American’s don’t view Trump’s buddy Putin favorably either, and they are justifiably concerned about Russia, though they’d probably be even more alarmed if they knew how much Russia and Russian oligarchs have embedded themselves in essential economic sectors. For instance, Russian oligarch owned Evraz is a major producer of piping for the oil and gas industry; railroad materials, and even armor plates for the US defense industry. While the Amtrak wreck was apparently due to high speed, it could also be from substandard parts. There is Russian gov owned Rosatom whose TVEL subsidiary wants to test nuclear fuel in Exelon’s Braidwood reactor and won’t even tell the composition of the cladding. The US lacks an extradition treaty with Russia, which alone should bar them from working in the US, especially in dangerous and critical sectors. Russia also wields control over CITGO.
https://miningawareness.wordpress.com/2017/03/01/vast-majority-72-of-americans-view-putin-unfavorably-according-to-recent-gallup-poll/
https://miningawareness.wordpress.com/2017/08/11/nearly-90-percent-of-americans-see-russia-as-threat-to-u-s-according-to-poll/