From the Presidential Administration of Ukraine:
“President: Not recognizing the Holodomor is as immoral as denying the Holocaust 25 November 2017 – 16:53 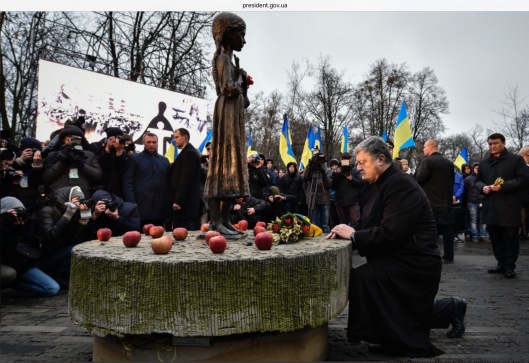 On the Day of Remembrance of the Holodomor Victims in Ukraine of 1932-1933, President Petro Poroshenko took part in the measures on commemoration of the innocent casualties of those dreadful years.

In the course of the ceremony of honoring the victims of the Holodomor of 1932-1933 in Ukraine, President Petro Poroshenko stressed the importance for our descendants “to always know that it wasn’t just an artificial famine, but a thoroughly planned Holodomor”.

“It is a genocide by all indications as defined in the UN Convention of December 9, 1948. To make it clear for all continents that not recognizing the Holodomor is as immoral as denying the Holocaust,” Petro Poroshenko said, adding: “I think it is time for ourselves to pass a law on the responsibility for not recognizing these two unprecedentedly horrible tragedies”.

The president reminded that 14 countries at the parliamentary level also recognized the Holodomor as a genocide, and Ukrainian diplomacy continues to tell the truth to the peoples of the world. He said that in March 2017, the Portuguese Assembly identified the Holodomor as a genocide, and in early November the US Congress also presented a draft resolution.

“We thank our American friends and expect an effective vote in the Capitol Hill, where a memorial to the victims of the Holodomor Genocide has been established. And such monuments or memorials exist in fifteen countries of the world,” Petro Poroshenko stressed.

The Presidential Administration of Ukraine: licensed under a Creative Commons Attribution 4.0 International” http://www.president.gov.ua/en/news/prezident-ne-viznavati-golodomor-tak-samo-amoralno-yak-i-zap-44702 https://creativecommons.org/licenses/by/4.0/deed.en (Emphasis our own.)

“In the late 1980s [came the Chernobyl disaster] and immediately afterward many Ukrainians began saying, “Look, this is something that has happened to us before. We had this famine disaster and that was also kept secret.” People began speaking again about the famine right at the time when Ukrainian independence became something that was possible again. Although I think there are other reasons why Ukraine sought independence, it was an important motivation for people, a memory of something terrible that had happened and that had been silenced. One of the motivations for people to begin speaking again about Ukraine and Ukrainian sovereignty was to talk once again about the famine.” (Historian Anne Applebaum in RFERL interview: https://miningawareness.wordpress.com/2017/09/26/historian-details-stalins-war-against-ukraine-i-believe-it-was-genocide/ 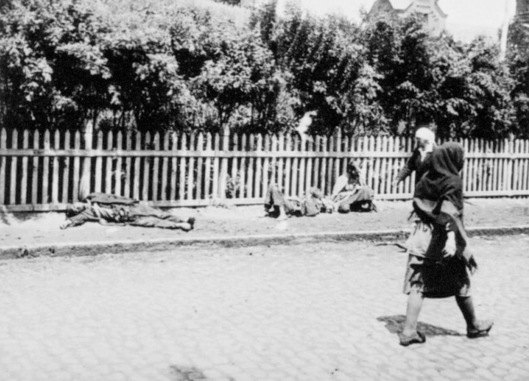 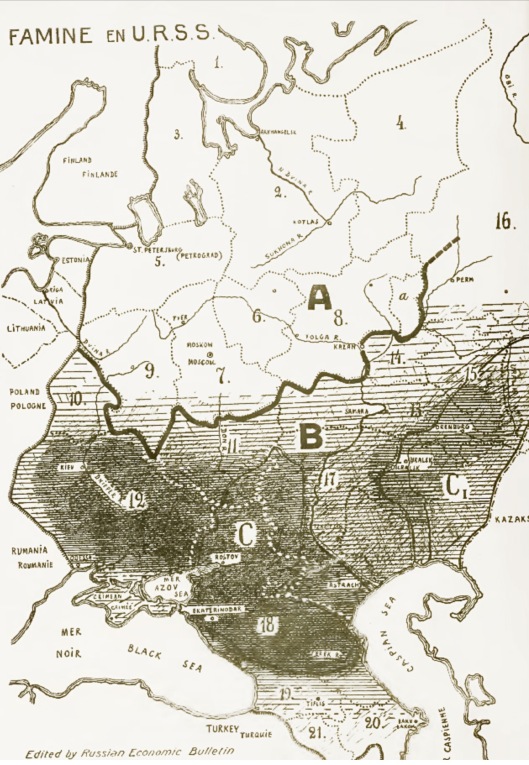 The comparison to Chernobyl appears to be from the vantage of it being inflicted by Moscow and the secrecy.

Chernobyl is ongoing and will remain ongoing for longer than humans have walked the face of the earth and damages all life. Nevertheless, in genocide one’s gene pool doesn’t survive, or barely so.

If Ukrainians were starved to death and Russians brought into the Ukraine to replace them, does this make the Ukraine Russian? According to Putin it does.