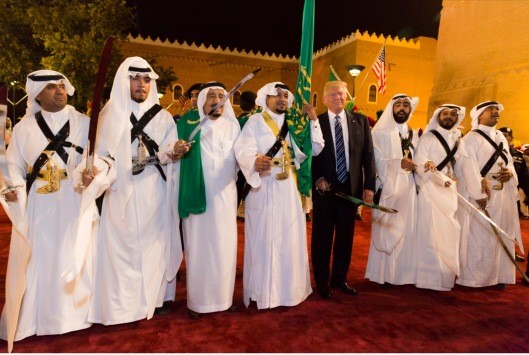 “President Donald Trump poses for photos with ceremonial swordsmen on his arrival to Murabba Palace, as the guest of King Salman bin Abdulaziz Al Saud of Saudi Arabia, Saturday evening, May 20, 2017, in Riyadh, Saudi Arabia. (Official White House Photo by Shealah Craighead)“. Trump is giving Saudis tech info to make smart weapons. Is nuclear in the mix? Whatever the intent, nuclear power stations in the Middle East will lead to nuclear weapons there. https://miningawareness.wordpress.com/2017/06/08/trump-defense-assembly-jobs-for-saudis-technical-specifications-to-saudis-so-they-can-attack-the-us-at-a-future-date-with-smart-bombs-etc-a-few-republican-and-democratic-congress-members-objec/

Washington, D.C. (Oct. 18, 2017)—Today, Rep. Elijah E. Cummings, the Ranking Member of the House Committee on Oversight and Government Reform, led all 18 Democratic Committee Members in sending a detailed, ten-page letter to Chairman Trey Gowdy laying out the case for issuing a subpoena to compel the White House to produce all of the documents the Committee requested on a bipartisan basis more than six months ago relating to former National Security Advisor Michael Flynn and his failure to report his foreign travel and contacts.

The Democrats also released new information as part of their request to Gowdy to issue three additional subpoenas to Flynn’s company and two others he conducted business with—ACU Strategic Partners and IP3/IronBridge—since they also have now refused to provide documents relating to Flynn.

On March 22, 2017, then-Oversight Committee Chairman Jason Chaffetz and Ranking Member Elijah Cummings sent a bipartisan letter to White House Chief of Staff Reince Priebus requesting documents relating to Flynn’s foreign contacts and foreign payments.  The White House has refused to provide any of the documents requested and has asserted no valid privilege for this refusal.

“For years, you have warned witnesses that when the Oversight Committee sends a document request, it is not an optional exercise, and they must comply unless they assert a valid privilege,” the Members wrote to Gowdy.  “Yet, the White House has been openly defying this Committee’s bipartisan request for documents regarding General Flynn for months without any assertion of privilege of any kind.”

Chaffetz and Cummings sent their original letter to the White House in March after they obtained documents showing that Flynn had received more than $45,000 from RT, the propaganda arm of the Russian government; $11,250 from a Russian charter cargo airline blacklisted by the Pentagon; and $11,250 from a Russia-based cybersecurity corporation whose software has now been banned from federal government computer systems.

“The information regarding what General Flynn disclosed to the White House regarding his foreign contacts is critical to this Committee’s understanding of his actions as National Security Advisor, his risk to our country’s national security, and the security clearance process as the White House,” the Members wrote.

In addition, as part of their ongoing investigation, on June 19, 2017, Ranking Member Cummings and Ranking Member Eliot Engel of the House Committee on Foreign Affairs wrote to Flynn’s company, as well as to ACU Strategic Partners and IP3/IronBridge, requesting documents about Flynn’s foreign travel and contacts to promote a U.S.-Russian nuclear deal in the Middle East.

The Members explained that these companies have declined to provide any further documents, citing the need for a “compulsory” or “formal request” from the “full Committee,” placing this matter squarely within Gowdy’s purview as Chairman.

“We believe that this paper trail must be pursued to answer the gravest questions of all—did General Flynn seek to change the course of our country’s national security to benefit the same private interests he previously promoted, whether by advising President Trump, interacting with foreign officials, or influencing other members of the Trump Administration?  And if so, did he do so covertly or with President Trump’s knowledge and consent?  The documents that the White House and General Flynn’s business associates are refusing to produce to us bear directly on these questions,” the Members wrote.

“Your decisions on this investigation will have a profound impact on the faith that the American people have in Congress to fulfill our duty under the Constitution to exercise robust oversight of the Executive Branch, especially when grave violations of the public trust are at stake,” the Members concluded.  “We ask that you compel these entities to produce the requested information, or at the very least, allow the Committee to vote on issuing subpoenas at the next business meeting.”
Issues:
Administration, Former National Security Advisor Michael Flynn
115th Congress
https://democrats-oversight.house.gov/news/press-releases/oversight-democrats-to-gowdy-issue-subpoenas-or-let-us-vote-white-house-defies 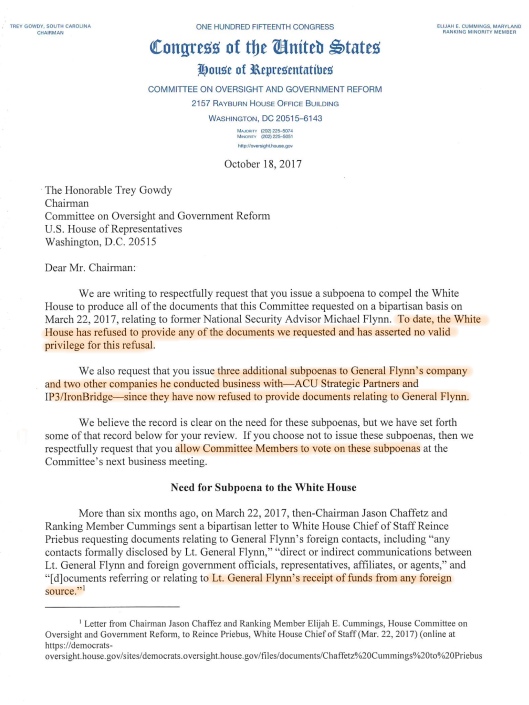 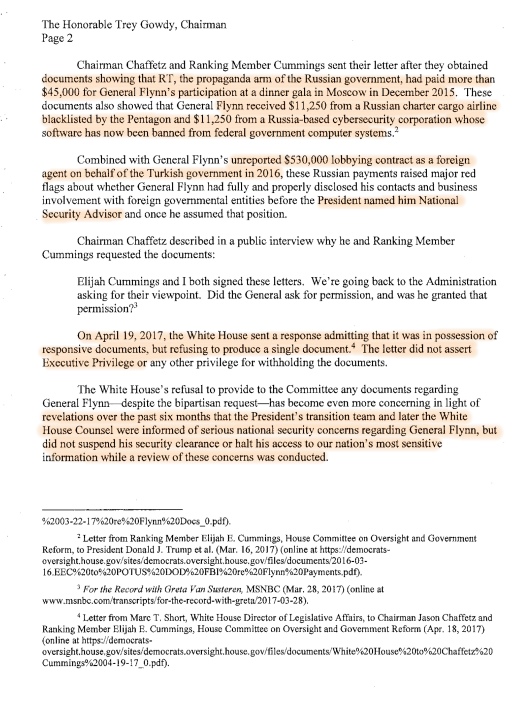 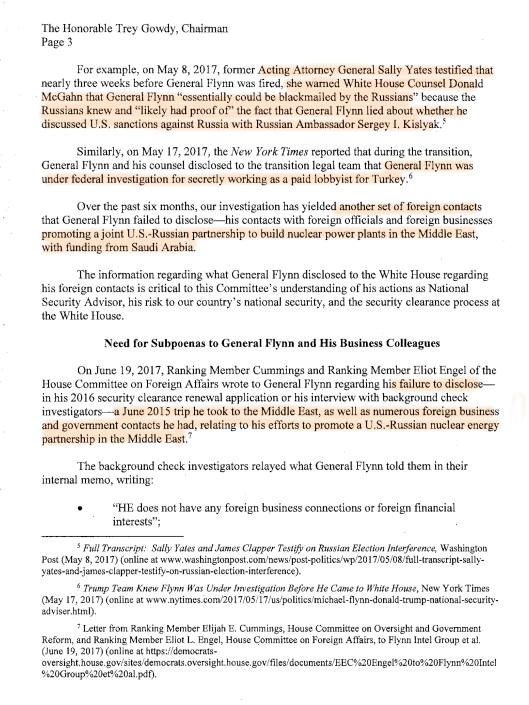 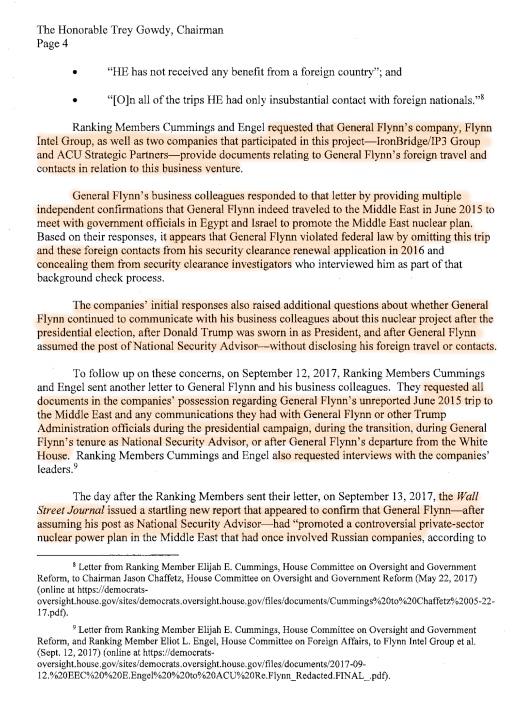 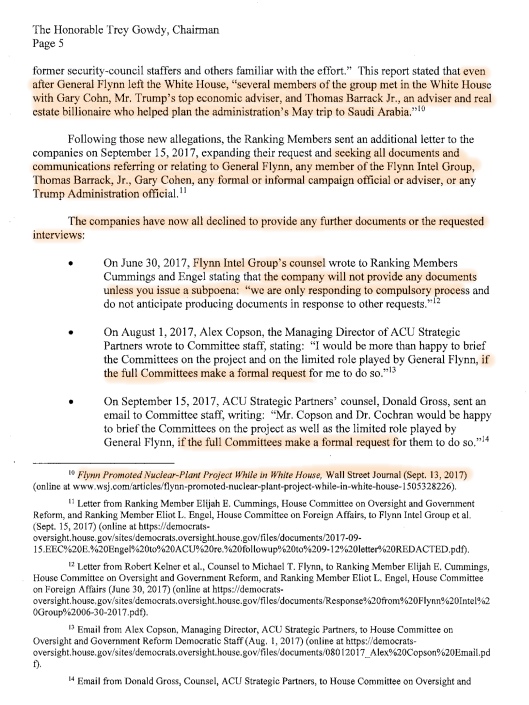 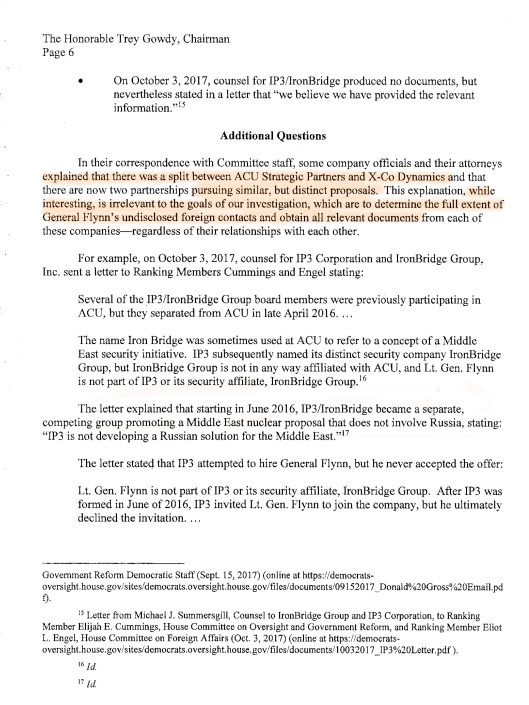 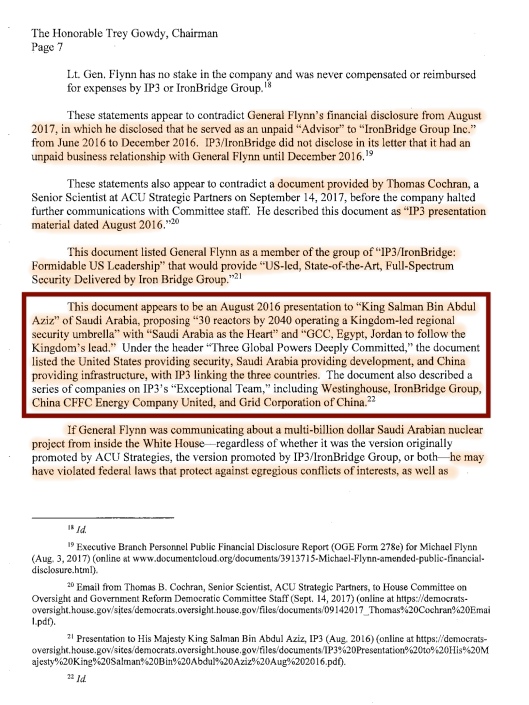 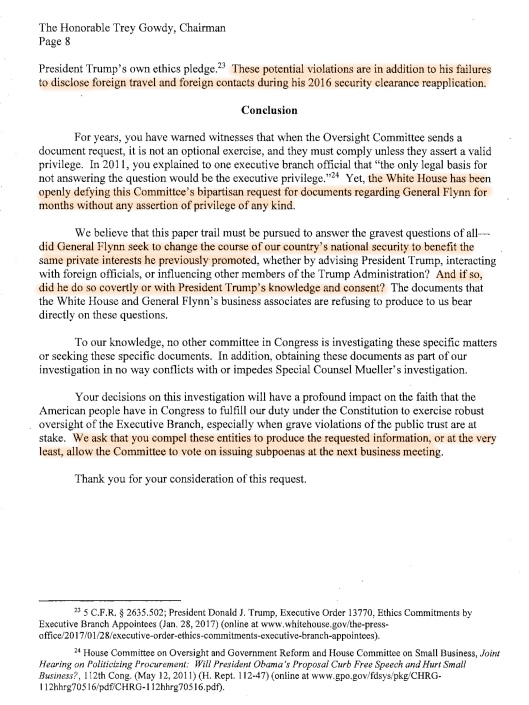 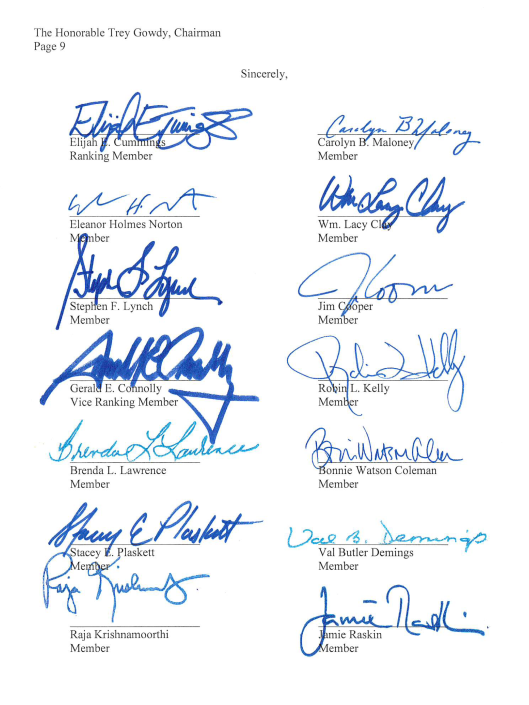 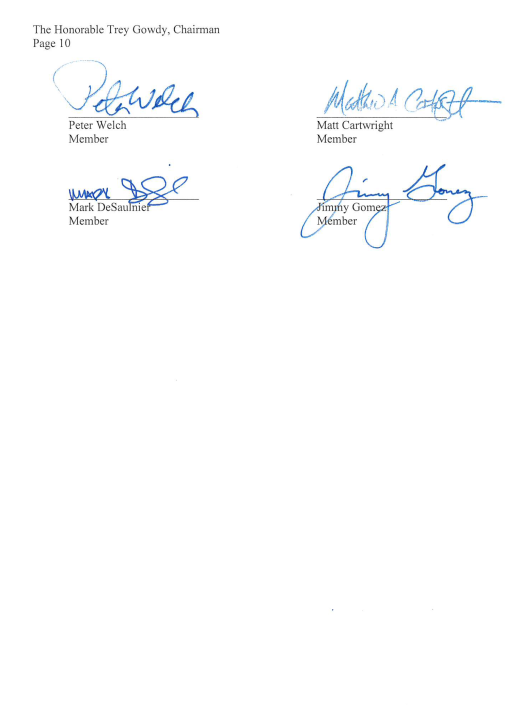