Nuclear regulators who are failing to do their jobs need to take notice of Japan: https://nuclear-news.net/2017/10/10/fukushima-district-court-finds-national-government-and-tepco-responsible Just because in most countries the nuclear industry has limitations on civil liability for nuclear disasters doesn’t mean that there won’t be criminal liability, especially for the government regulators who fail to do their jobs. Plenty of evidence for criminal liability based on willful criminal negligence can be found in our blog, alone. And, for lack of time, our blog hasn’t even touched on so many of their crimes. In particular, US NRC Commissioners Svinicki and Burns can expect to be held criminally liable for blocking NRC staff from keeping the public safer (e.g. Blocking (repeated) staff attempts to address the open phase problems, which afflict all but one US nuclear power station, in a more timely manner. The problem has been admittedly known since 2012.) Some staff may be held criminally negligent on some topics, such as their endless approval of exemptions for Holtec nuclear waste canisters. And, beware Kris Singh of Holtec – the US and India do have an extradition treaty. The US has also been sold potentially defective products for its nuclear power stations by French State owned AREVA. Multiple companies have sold defective breakers. The nuclear industry and their friends in government should not continue to underestimate the intelligence of lawyers, nor the anger of the public, when the next nuclear disaster occurs. Apparently only a combination of luck and hard work by those working at nuclear power stations, including some USNRC staff, have prevented more major accidents. Perhaps a smart lawyer can find a way to hold Svinicki, Burns and the rest criminally negligent before it is too late and there is another major disaster? Don’t expect God to save you from sheer ignorance and malice without some help. Stop warming your pews and your sofa.

The same can be said for whoever is head of the French ASN which has approved the use of a defective nuclear reactor pressure vessel. They will be held criminally liable if the Flamanville Nuclear Reactor is allowed to go online and the defective reactor pressure vessel undergoes catastrophic failure. And, whoever is pushing the burial of French nuclear waste in clay at Bure, apparently on top of a hot springs, will ultimately be held criminally liable, as well. Although the individuals may not still be alive, the French State-taxpayer will be held liable by other countries. But, this is small comfort for the destruction of Europe. Europe hasn’t recovered from the impacts of Chernobyl.

A nuclear reactor pressure vessel with higher carbon steel in spots, as reported by Areva, especially in a pressurized reactor, means that it is likely to rupture, resulting in a catastrophic nuclear disaster. Having one or more spots made of higher carbon steel, than the rest, is more dangerous than having the whole thing made of higher carbon steel. Even the Bible warned of problems with mismatched quality of materials and subsequent tears or ruptures. Read more here: https://miningawareness.wordpress.com/2015/04/07/dangerously-defective-nuclear-reactor-pressure-vessel-at-new-epr-flamanville-areva-wants-more-tests-to-prove-it-is-ok-its-not-ok-a-bas-areva/ 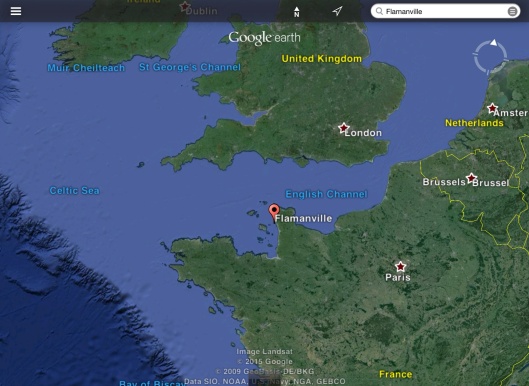 Is there some reason that the French ASN chose the 60th Anniversary of Europe’s worst known nuclear disaster (excluding Chernobyl) – The Windscale Fire – to make this announcement?
“On 10th October 2017, ASN issued its opinion on the anomaly in the steel used for the Flamanville EPR reactor pressure vessel lower head and closure head. ASN considers that this anomaly is not such as to compromise the commissioning of the reactor pressure vessel, provided that specific checks are carried out during operation of the installation. As the feasibility of these checks cannot at present be confirmed for the closure head, ASN considers that the current closure head cannot be used beyond 2024.” http://www.french-nuclear-safety.fr/Information/News-releases/Flamanville-EPR-reactor-ASN-issues-its-opinion The French regulator ASN had appeared to be interested in doing its job. Apparently no more. Perhaps because the current French Prime Minister Philippe used to work for AREVA and his public relations officer (Hufnagel) used to work for both EDF and AREVA? Why in the hell Macron appointed Philippe we cannot say. Is President Emanuel Macron kin to the Cedric Macron who is head of the Urban Community of Le Creusot – home to Areva’s forge? Between 10th July and 12th September 2017 there was a public consultation which appears to have been totally ignored by the ASN, as have scientists.

The Belarusian Nuclear Power Station, currently under construction, is not the only one with issues of concrete quality, described further below. Areva’s Flamanville in France and the Finnish nuclear power station, as well as the US nuclear power stations under construction have all had quality violations in relation to the concrete base mat foundation.

However, people need to be particularly wary of doing business with Russia, and any other country which doesn’t allow extradition of its citizens for crimes. This is especially true for the nuclear sector. “prosecutors have pointed out that the Russian constitution prohibits the extradition of citizens to stand trial abroad.” https://www.theguardian.com/world/2007/may/22/russia.lukeharding
And, one more reason for the US to reject this project of using Russian nuclear fuel in a US nuclear power station. Russia even refuses to give important safety information about the fuel: https://miningawareness.wordpress.com/2017/04/04/gnf-a-ge-hitachi-toshiba-agreement-to-bring-russian-government-tvel-nuclear-fuel-to-us-market/ 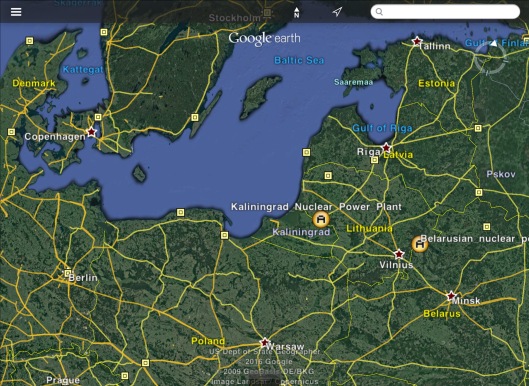 From Charter97 Press Center:
“What can be the consequences of the emergency situations during the construction of the Astravets nuclear power plant?

In connection with the publication “What is hidden behind the walls of the” exemplary” construction of Belarusain NPP”, Solidarity gathered the opinions of various people about the construction of the first Belarusian nuclear power plant:

Heorhi Lepin, physicist, doctor of technical sciences, professor:
— The construction of the nuclear power plant is a very responsible thing. Everything should be built strictly according to the drawings, there should not be any deviations. If such violations suddenly occur somewhere, then in time this will come out to the surface. In Chernobyl, there seemed to be minor mistakes and misses, but it ended with a disaster.

Andrei Ozharovsky, engineer-physicist, participant of the Belarusian anti-nuclear campaign (Moscow):
— This is not the first information about the problems in the course of the NPP construction by Rosatom in Belarus. Unfortunately, even in the construction of nuclear power plants in Russia, blatant violations of construction technology have also been noted. For example, on July 17, 2011, 1200 tons of metal structures collapsed on the construction of the protective shell of the reactor building of the first power unit of the Second Leningrad Nuclear Power Plant.

There were reports of machinations with the quality of concrete, the failure to comply with the technology of concreting.

Of course, if there are curved walls at an administrative building or at a canteen of the nuclear power plant — this is not such a big problem. But if they are in the reactor and turbine buildings, such violations can seriously increase the danger of the nuclear power plant under construction.” © 1998–2017 Хартыя’97 http://www.charter97.org CC-BY: Charter’97 Press Center, The publisher: Charter97.org in Warsaw https://charter97.org/en/news/2017/10/11/265624/ Emphasis our own.

France, Russia and India are also competing to destroy India. Japan wants its chance to do so too: https://miningawareness.wordpress.com/2017/10/06/indias-nuclear-power-stations-come-from-india-russia-france-japan

French state owned Areva has sold potentially defective parts to China, the US and other places: https://miningawareness.wordpress.com/2016/07/01/asn-possible-defects-in-areva-creusot-steam-generator-channel-heads-may-impact-countries-in-both-hemisperes-including-the-usa-us-nrc-snoozes/

At the end of February 2016, seven US NRC engineers filed a complaint with the US NRC about electric design defects, “design vulnerability”, at all but one US nuclear power station, and demanded prompt regulatory action. (The NRC had been doing bureaucratic “paper pushing” for at least 4 years on the topic.) The engineers noted that “if the preferred power source, has an undetected open phase-condition, redundant trains of electrical equipment (electric motors that drive the pumps and valves) could burn out in few minutes and therefore will not be available for safe shutdown, even after restoration of an operable power source.” https://adamswebsearch2.nrc.gov/webSearch2/view?AccessionNumber=ML16050A223 But, the US NRC doesn’t even pretend that it do anything about this danger until 2019: “The NRC alerted reactor operators to the Byron Station operating event by issuing Information Notice 2012-03, “Design Vulnerability in Electric Power System,” dated March 1, 2012… Nuclear power plant operators are currently implementing the permanent solution for this issue and are expect to be done by Jan. 30, 2019.” http://www.nrc.gov/reactors/operating/ops-experience/open-phase-electric-systems.html BUREAUCRATIC PAPER PUSHING AND FOOT-DRAGGING TOTAL WILL BE OVER 7 YEARS, IF AN ACCIDENT DOESN’T OCCUR SOONER.