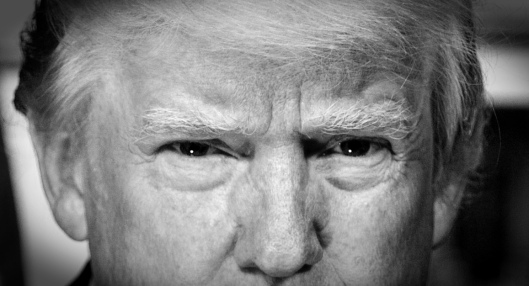 From http://www.eff.org: “In J20 Investigation, DOJ Overreaches Again. And Gets Taken to Court Again. BY MARK RUMOLD, AUGUST 14, 2017

We’ve already written [1] about problems with the government’s investigation into the J20 protests—a series of demonstrations on January 20, the day of President Trump’s inauguration—which resulted in the arrest of hundreds of protesters.

But prosecutors in DC are still at it. And they’re still using unconstitutional methods to pursue their investigation.

This time they served a search warrant on hosting provider DreamHost that would require the company to turn over essentially all information on a website it hosts, http://www.disruptj20. org—a site that was dedicated to organizing and planning the protest.

Did you click on that link? Well, that’s apparently information the government wants to know. In just one example of the staggering overbreadth of the search warrant, it would require DreamHost to turn over the IP logs of all visitors to the site. Millions of visitors—activists, reporters, or you (if you clicked on the link)—would have records of their visits turned over to the government. The warrant also sought production of all emails associated with the account and unpublished content, like draft blog posts and photos.

No plausible explanation exists for a search warrant of this breadth, other than to cast a digital dragnet as broadly as possible. But the Fourth Amendment was designed to prohibit fishing expeditions like this. Those concerns are especially relevant here, where DOJ is investigating a website that served as a hub for the planning and exercise of First Amendment-protected activities.

DreamHost did the right thing: it stood up for its users. It offered the government a chance to narrow the scope of the warrant. And when the government refused, [2] DreamHost went to court [3].

A hearing is scheduled for August 18, in Superior Court in Washington, D.C. EFF will continue to monitor the situation.

“Any and all original material on the EFF website may be freely distributed at will under the Creative Commons Attribution License, unless otherwise noted.”
https://www.eff.org/copyright. http://creativecommons.org/licenses/by/3.0/us/

Top image is based on Trump’s official White House photo and inspired by the image at eff.org