The US House Financial Services Committee Democrats are asking the Secretary of the Treasury for “copies of any document, record, including any applicable suspicious activity report (‘‘SAR”), memo, correspondence, or loans, guarantees, or other forms of credit, made or extended by Deutsche Bank AG, the Bayrock Group LLC, Vnesheconombank Group (VEB), Sberbank of Russia, Alfa Group, VTB Group, Gazprombank, any subsidiary or affiliate of the foregoing, the Russian government, or any Russian senior foreign political figure (as defined under section 1010.605 of title 31, Code of Federal Regulations), to—President Trump;….President Trump’s family members—….associates…. Trump-owned, -branded, -licensed, or managed hotels, casinos, and golf courses,…” (See entire Resolution and more info further below).

The Ranking Members are determined to investigate any financial dealings between the President and his associates and Russia, and to uncover any evidence of illicit activity that may have compromised the President and this country.

“Unfortunately, our requests to Chairman Jeb Hensarling that he utilize the investigative powers of the Committee to look into matters pertaining to Donald Trump and his financial dealings have been completely ignored,” said Congresswoman Maxine Waters (D-CA). “Our Republican colleagues must wake up, and hold the President accountable.”

“The American people deserve nothing but the absolute truth when it comes to President Trump’s personal, financial and business ties to Vladimir Putin and Russia,” said Congressman Daniel Kildee (D-MI). “It is time to put country before party; Republicans in Congress should join Democrats in following the facts and demanding answers about the President’s troubling connections to Russia.”

“For far too long, Americans have been kept in the dark regarding the extent of the Trump family’s financial and business ties, including to Russian President Vladimir Putin, Kremlin officials, and other hostile regimes,” said Congresswoman Gwen Moore (D-WI).

“Such inappropriate efforts by the Trump Administration to skirt accountability and obscure the truth must be met with immediate action. I call on Treasury Secretary Steven Mnuchin to recognize his obligation to our constituents to address this ambiguity and provide the public with the transparency they deserve.”

”Our request has been met with radio silence for months,” said Congressman Ed Perlmutter. “The latest Donald Trump Jr. revelations are deeply concerning and show the urgency of getting to the bottom of the Trump family ties with the Russians.”

Given the Trump Administration’s refusal to disclose any ties to the Kremlin and Congressional Republican’s refusal to investigate further, Committee Ranking Members introduced an ROI to get to the bottom of the financial entanglements involving Trump, his family members and associates, and Russia.

THEY FORGOT JOSH KUSHNER WHO THE DAILY MAIL SPOTTED OUT WITH A RUSSIAN OLIGARCH’S DAUGHTER AND WIFE. THIS MAY WELL BE AN IMPORTANT PUTIN-TRUMP GO-BETWEEN LINK. “Jared Kushner’s brother Joshua goes on Manhattan sushi date with Russian billionaire Roman Abramovich’s wife Dasha Zhukova then covers his face with his hood as he tries to sneak out” By Chris Spargo For Dailymail. com, 14 March 2017. It is worth noting that Jared and Ivanka are members of the Chabad Lubavitch sect to which Roman Abramovich is reported as an important donor. Even Trump’s father was tied to Chabad via Bunny Lindenbaum. A money-laundering case which may involve Chabad is being heard in November.

About Dasha’s father: “Revealed: the Russian magnate who paid no tax for 13 years as UK citizen Alexander Zhukov, father-in-law of Roman Abramovich, linked to sprawling network of firms registered in British Virgin Islands” https://www.theguardian.com/world/2016/sep/10/russian-oil-magnate-alexander-zhukov-uk-tax-arrangements-raise-concerns https://en.wikipedia.org/wiki/Alexander_Zhukov_(businessman) This is apparently a different “important” Russian individual by the same name: https://en.wikipedia.org/wiki/Alexander_Zhukov 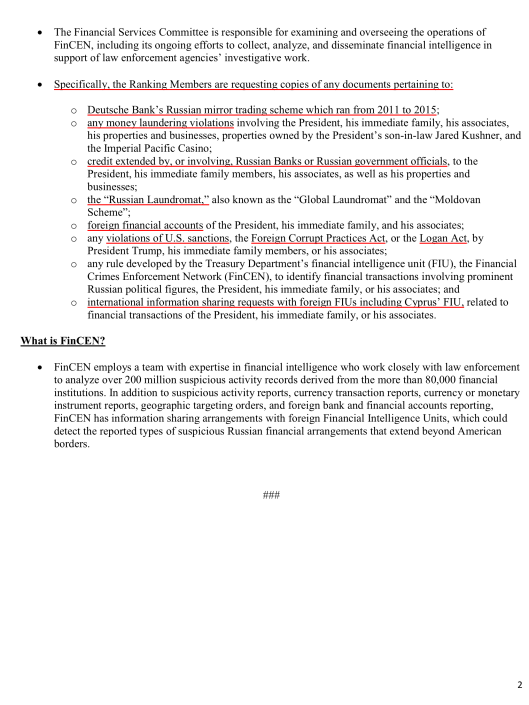 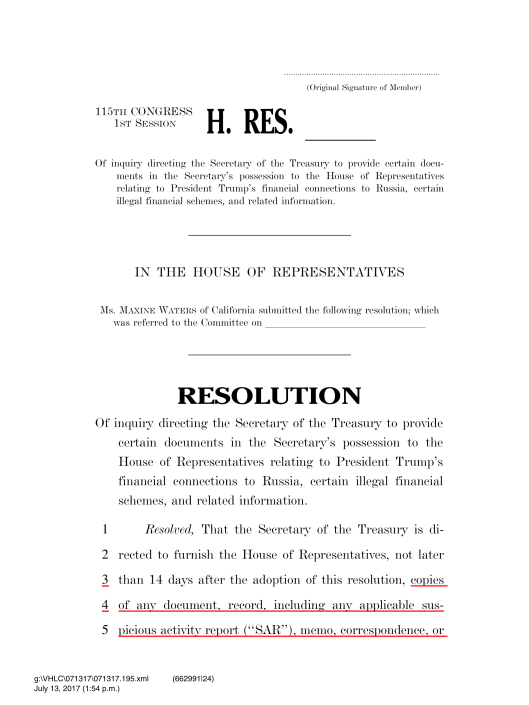 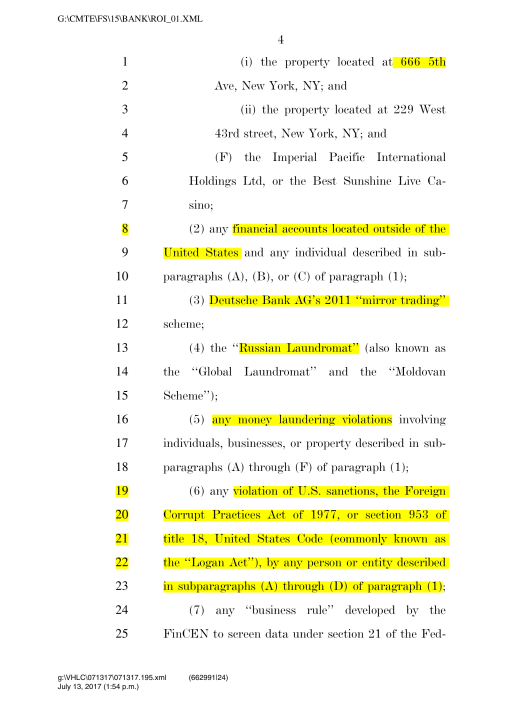 EMPHASIS OUR OWN. ORIGINALS HERE; https://democrats-financialservices.house.gov/uploadedfiles/roi_01_xml_-_07.14.2017.pdf