“Plaintiffs, 30 members of the United States Senate and 166 members of the United States House of Representatives, bring this action against President Donald J. Trump to obtain relief from the President’s continuing violation of the Foreign Emoluments Clause of the United States Constitution, which was designed to ensure that our nation’s leaders would not be corrupted by foreign influence or put their own financial interests over the national interest… Because the Foreign Emoluments Clause requires the President to obtain “the Consent of the Congress” before accepting otherwise prohibited “Emolument[s],” Plaintiffs, as members of Congress, must have the opportunity to cast a binding vote that gives or withholds their “Consent” before the President accepts any such “Emolument.” (Case 1:17-cv-01154 Filed 06/14/17 Pages 18-19 of 54)

Inside one of Trump Towers in Istanbul Turkey
“69. As Defendant makes countless other foreign policy decisions, he may similarly be influenced by how those decisions will affect his business pursuits. And because Defendant is not coming to Congress and identifying the emoluments he wishes to accept, the American people will have no way of knowing whether his actions as President reflect only his beliefs about what is best for the country, or whether they are partly motivated by personal financial considerations. For instance, when Defendant publicly advocated during the presidential campaign for a ban on Muslims entering the United States, Turkish President Recep Tayyip Erdogan called for Defendant’s name to be removed from the Trump Towers Istanbul, two high-rises containing offices and luxury apartments, connected by a shopping mall. But after Defendant subsequently defended Erdogan’s suppression of political dissidents, “the calls for the renaming of the Trump Towers Mall ended.”127 Defendant himself has acknowledged that he has “a little conflict of interest” regarding Turkey because “I have a major, major building in Istanbul.”128” Case 1:17-cv-01154 Document 1 Filed 06/14/17 Page 49 of 54

If some semblance of American democracy and freedom survives the Trump Administration it will most likely be due to a combination of great legal minds and any remaining honest judges. Interestingly, Senator Blumenthal has already faced off Trump’s attorney Kasowitz, when Blumenthal was an Attorney General and Kasowitz represented a cigarette maker, Liggett Group Inc. 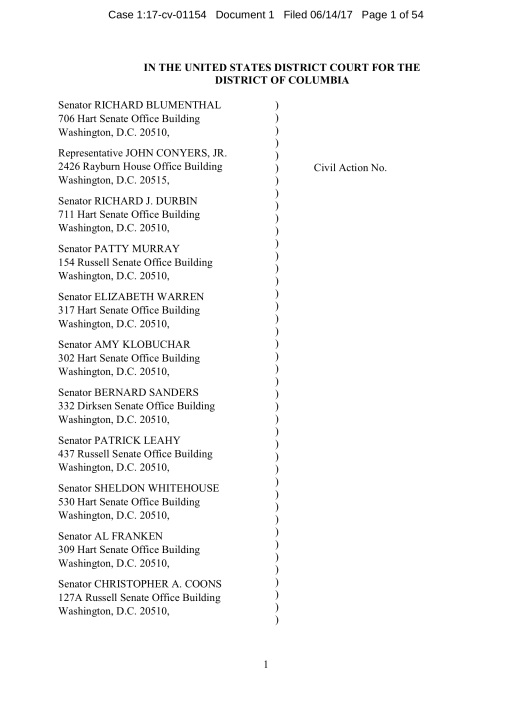 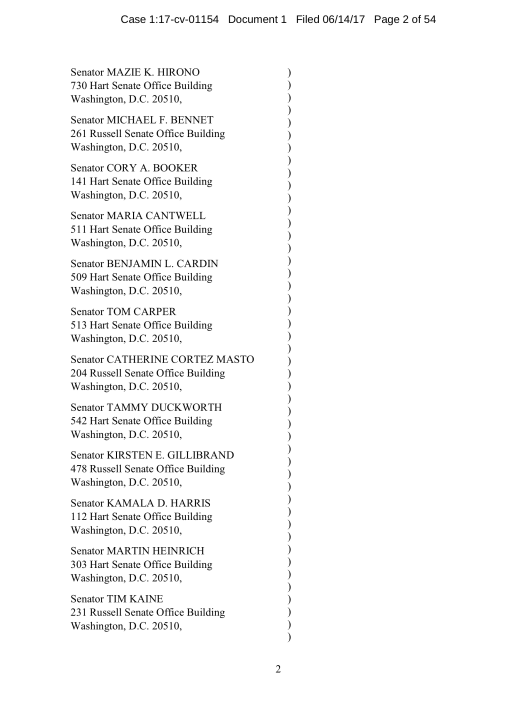 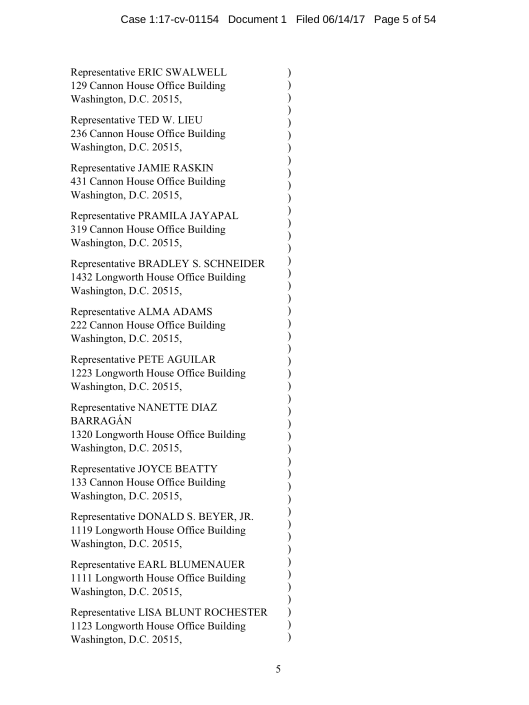 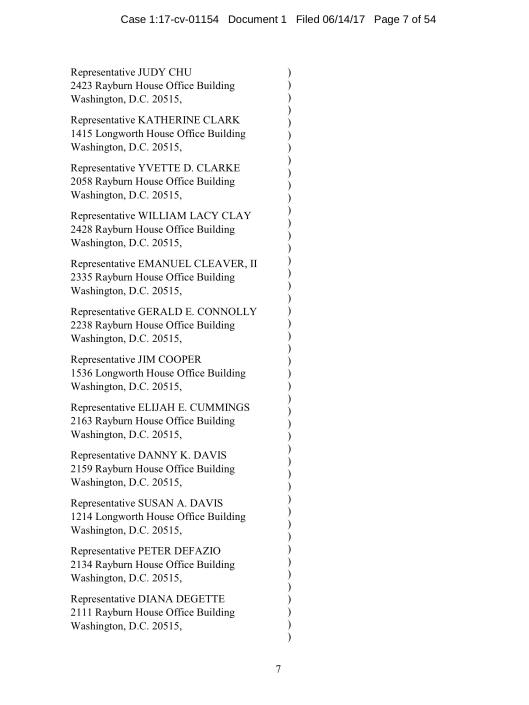 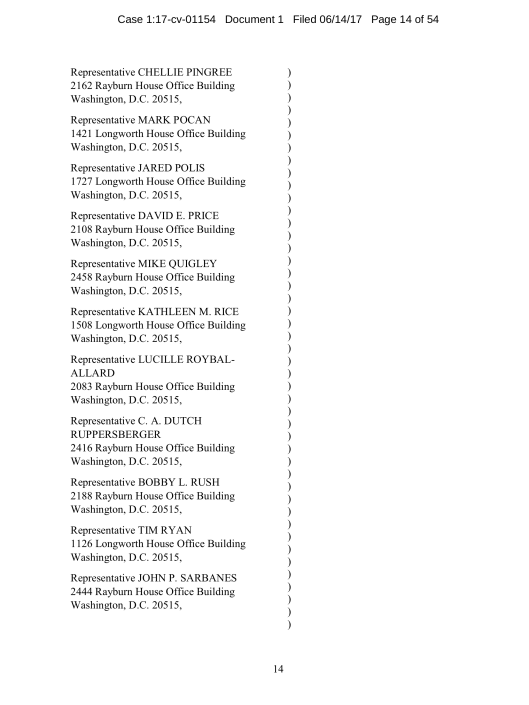 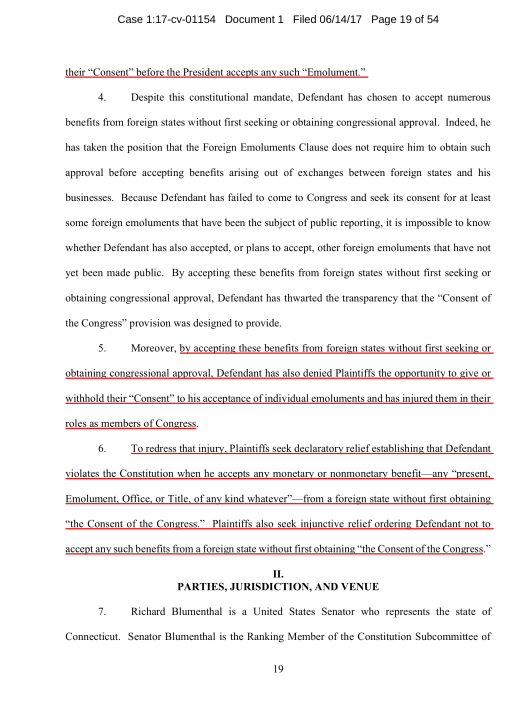 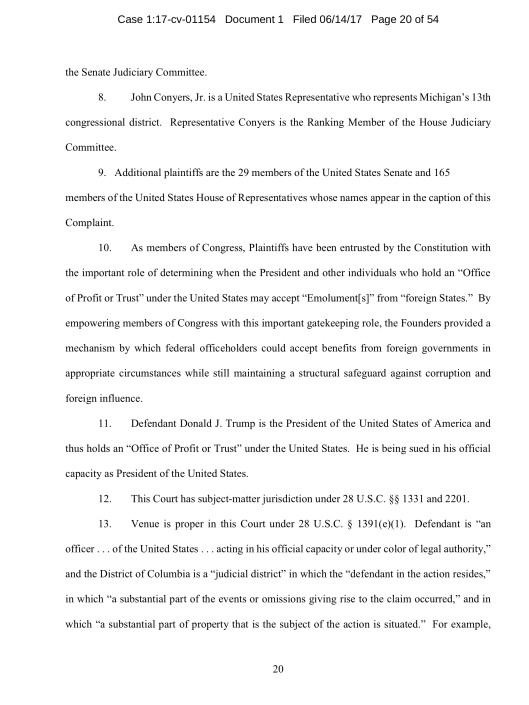