If you know that one plus one is two, and can spell Sakhalin, then you’ve probably got a large part of the Trump-Kushner and team “Art of the Con” figured out. Oh, there’s greed too.

Trump son-in-law, Ivanka spouse, Jared Kushner met late in December with Sergei Gorkov, chairman of VEB Bank (Vnesheconombank). According to the US Treasury sanctions: “VEB is a Russian state-owned financial institution that acts as a development bank and payment agent for the Russian government…  VEB’s supervisory board is chaired by the Russian prime minister, and the chairman of the bank is appointed by the Russian president.” Thus, Gorkov was appointed by Putin. According to Reuters, Gorkov “graduated from the Federal Security Service, or FSB, Russia’s internal security agency.” [You know, the new KGB which helped hack Yahoo, etc. The Trump administration already facilitated additional hacking by lifting sanctions: https://miningawareness.wordpress.com/2017/03/20/us-grand-jury-indicted-officers-of-the-russian-security-service-fsb-for-cybercrimes-trump-relaxed-sanctions-against-fsb-re-it-cyber-products-trump-advisor-flynn-paid-to-speak-by-russias-kasper ] Reuters adds that Gorkov “was awarded the Medal of the Order of Merit for Services to the Fatherland“.

VEB has suffered losses, in part, because of big investments in the Donbass Ukrainian steel industry. As reported by Jason Bush of Reuters (Nov. 27, 2015): “VEB’s $20 bln bailout request casts harsh light on development bank’s operations“. At the end of 2015, the Kremlin was considering a $20 billion bailout for VEB Bank, which suffered $4.5 billion in losses in 2014. The bank helped fund the Sochi Olympics in 2014. Ukrainian investments have also led to losses. Due to sanctions VEB cannot sell bonds to US or European investors and “does not raise money from private depositors“. VEB invested $8 billion in the Ukrainian steel industry, mostly in the Donbass – Industrial Union of Donbass (ISD). Importantly Reuters discloses: “The Russian investors who received money from VEB were never disclosed. The only one identified by Industrial Union of Donbass, Alexander Katunin, said at the time he was acting for others whom he declined to name. Katunin’s own company, a Swiss trader called Carbofer, went bankrupt in 2012.” http://www.reuters.com/article/russia-veb-bailout-idUSL8N13K1TI20151127

It is apparently tied in with Evraz, at least indirectly. According to Reuters, Bruno Bolfo’s Duferco: “grew dramatically thanks to takeovers of industrial assets, strategic joint ventures and marketing agreements with some of the major Russian and Ukrainian steel mills, including Russia’s largest steelmaker Evraz, Novolipetsk Steel (NLMK) and Ukrainian Industrial Union of Donbass (ISD)… “There are many affinities between Russians and Italians: we have got the same value of family, the same concept of politics and the same concept of mafia,” joked an Italian trader, who lives in Lugano.” (“Lugano life less sweet for the coal and steel men“, Wed Mar 28, 2012 By Silvia Antonioli and Jacqueline Cowhig http://www.reuters.com/article/us-lugano-traders-idUSBRE82R0C520120328. Read about it here too: https://www.sec.gov/Archives/edgar/data/941738/000119312506215783/ddfan14a.htm. Recall that Evraz is partially owned by Roman Abramovich, Putin king-maker/friend of Putin, whose wife is reported friends to Ivanka Trump Kushner. Friends or not they’ve been filmed hanging out together. Evraz has provided some of the pipes for Dakota Acess and Keystone Pipelines. 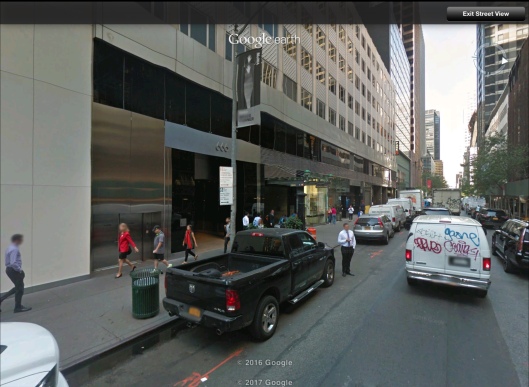 Remember that sweet-heart of a deal loan given to the Kushners from Anbang Insurance for their 666 5th Ave Building? Anbang Insurance is apparently partially owned by China State owned oil company Sinopec. While Exxon is still at Sakhalin I, Sinopec is at Sakhalin 3. Meanwhile, two Chinese development banks are extending credit lines to VEB, supposedly for various projects. But, unable to get western loans, Russia’s VEB is looking increasingly at China (they got loans from China pre-sanctions anyway). https://miningawareness.wordpress.com/2017/03/14/trump-son-in-lawadvisor-jared-kushner-to-gain-over-400-million-from-chinese-partners-in-mark-of-the-beast-tower-666-5th-ave. “Members of Congress Raise Concerns About Kushner Companies’ “Unusually Favorable” Deal with Chinese Firm“, 25 March 2017: https://www.warren.senate.gov/?p=press_release&id=1512

Plus “the largest tenant of the Trump Tower in Manhattan is a Chinese state-controlled enterprise, the Industrial & Commercial Bank of China, Ltd., which provides $1.95 million annually in foreign payments. President Trump also owns, through limited liability companies placed in the Donald J. Trump revocable trust, investments partially financed by the state-run Bank of China.” https://www.tomudall.senate.gov/?p=press_release&id=2582. https://en.wikipedia.org/wiki/Industrial_and_Commercial_Bank_of_China

China is highly dependent upon Russia for oil and gas, especially Sakhalin and East Siberia: “Russia and China signed a significant natural gas agreement in May 2014. The deal was signed after a decade of negotiations over the import price and the supply route, with China agreeing to purchase 1.3 Tcf of natural gas per year from Gazprom’s East Siberian fields at a total cost of $400 billion over a 30-year period. The proposed Power of Siberia pipeline will connect Russia’s eastern Siberian natural gas fields and Sakhalin Island to northeastern China. China’s National Development and Reform Commission, which approved construction of the pipeline on the Chinese side in late 2014, anticipates that it will come online in 2018. In November 2014, Gazprom and the China National Petroleum Commission also signed a memorandum of understanding for China to import 1.1 Tcf/year from Russia’s western Siberian natural gas fields, although many key details, including pricing details and required infrastructure expansion plans, have not yet been addressed.” https://www.eia.gov/outlooks/ieo/nat_gas.cfm Exxon is at Sakhalin 1, despite alleged sanctions. Sinopec is at Sakhalin 3.

Kushner is supposed to testify before the Senate Intelligence Committee, although it’s not clear if it will be this week. To call it “voluntary” appears silly. It’s like all of those US Attorneys who were told by Trump to resign – the one who didn’t was fired. Surely they told him he could volunteer or be forced – not exactly voluntary in reality.
https://miningawareness.wordpress.com/2017/03/13/ethics-groups-send-letter-to-us-attorney-preet-bharara-requesting-investigation-of-trump-within-days-preet-was-fired-along-with-45-other-us-attorneys/
https://www.intelligence.senate.gov/press/advisory-senate-intel-committee-announces-open-hearing-russian-intelligence-activities
http://www.warner.senate.gov/public/index.cfm/2017/3/chairman-burr-and-vice-chairman-warner-statement-on-kushner-s-voluntary-participation-in-ssci-investigation

According to the US Treasury”VEB is a Russian state-owned financial institution that acts as a development bank and payment agent for the Russian government.  It was formed June 8, 2007, pursuant to Russian federal law and is the legal successor to Vnesheconombank of the USSR, which was a specialized Russian state bank.  VEB’s supervisory board is chaired by the Russian prime minister, and the chairman of the bank is appointed by the Russian president.  VEB acts as an agent for the Russian Government for the purposes of accounting, servicing, and repaying the sovereign debts of the former USSR and Russia; accounting, servicing, and repaying government loans issued by the former USSR and Russia to foreign borrowers; collecting debts from legal entities of Russia and municipal governments; providing and executing state guarantees of Russia and monitoring projects implemented by Russia with involvement of international financial institution“. https://www.treasury.gov/press-center/press-releases/Pages/jl2572.aspx
.
“Trump son-in-law met with U.S. sanctioned Russian bank; will testify
Posted:Tue, 28 Mar 2017 02:33:41 +0530
WASHINGTON (Reuters) – A Russian bank under U.S. economic sanctions over Russia’s incursion into Ukraine disclosed on Monday that its executives had met Jared Kushner, President Donald Trump’s son-in-law and a top White House adviser, during the 2016 election campaign.” http://feeds.reuters.com/~r/reuters/INworldNews/~3/FPRbub21FEs/usa-trump-russia-idINKBN16Y1HC

“Putin critic Navalny jailed after protests across Russia
Posted:Mon, 27 Mar 2017 22:02:57 +0530
MOSCOW (Reuters) – Kremlin critic Alexei Navalny was handed a 15-day jail sentence on Monday for his part in a big anti-government protest in Moscow which buoyed the liberal opposition’s morale a year before a presidential election. http://feeds.reuters.com/~r/reuters/INworldNews/~3/A5rdzgCWE3E/russia-navalny-idINKBN16Y1ER VEB is chaired by the PM. Navalny accused the PM of corruption and was jailed in Sunday’s protests.

Reuters UK in “Russia’s VEB may get $2 bln in loans from China Exim Bank“, Mon Oct 13, 2014, clarifies that the money may be used for projects in the Russian Far East and Siberia. http://uk.reuters.com/article/russia-china-veb-idUKL6N0S82UX20141013

On May 14, 2015, VEB signed a $8 billion credit agreements with China Development Bank (CDB) and China Exim. Both agreements were signed during a formal visit of Chinese president Xi Jinping to Russia. The China Exim credit line signed is worth $630 million for 15 years and will got toward CHEK-SU VK (Russian mining and smelting co.). Read the original in its entirety here: http://www.eca-watch.org/publications/newsletter-items/russia’s-veb-ramps-business-china Thus, most of the loan appears to be with CDB. In 2009: http://china.aiddata.org/projects/43031?iframe=y