Who travelled in the airplane with Secretary of State Rex Tillerson besides the 33 year old reporter who is around half his age? Had the Press Corps, which usually travels with US Secretaries of State, not been strangely excluded by Secretary of State Rex Tillerson, such a question would not need to be raised. The Press Corps can chaperone each other.

Why isn’t the excluded Press Corps doing their job and examining WHY Tillerson is excluding them? To accept his answer that he will take them next time is patently absurd. If they figured out that it’s Tillerson, rather than the more logical Tillerman, the press still can’t spell Sakhalin?

This is one of the trips which matters the most, as Tillerson probably still has part of his Exxon Mobil stocks; as he could be stopping by Exxon Moscow or Exxon Sakhalin during the trip, even as there are (finally) increasing concerns about Trump-Russia ties. The Exxon Neftegas Sakhalin project has Japanese participation and plans to export more within the region. Since there is overlap with the Saudi Arabian leader’s “historic visit”, the trip may well be about the creation of an international petroleum cartel to raise the price of oil and gas.

There are two obvious reasons that Tillerson might have for dumping the Press Corps – neither mutually exclusive. The most obvious is Exxon’s Sakhalin, which it has kept, despite sanctions. The second is that Tillerson, who is married, prefers the company of an unmarried 33 year old reporter from “The Hill“‘s “Most Beautiful” list, who works for what is apparently a “fawning” (i.e.brown-nosing) right wing news outlet, that almost no one has heard of until now. Ms. McPike seems to be the only female on this trip – unless Tillerson has female security service members, which seems unlikely. Or, if he took his wife (one can but hope). Tillerson’s Diplomatic Security Service agents would be there to protect him. Would they protect her?

No CC Pic of Ms. McPike so this deer fawn by Tom Koerner/USFWS has to represent her. In her “Most Beautiful” picture for “The Hill” she has similar hair color, though it’s often the color of the spots.

There is a major power differential here which is unseemly. Tillerson is a wealthy, married, 65 year old Exxon CEO retiree with nothing to lose, and McPike is an apparently eager to please unmarried 33 year old “reporter” with a 32 year career ahead of her. Even if she were a male, this power differential could be alarming. Tillerson could be fired next week, and, if he got warning to sell any remaining Exxon stock in advance, would lose nothing. In fact, his appointment caused Exxon stock to inflate, so he has already gotten a lot from it. If Ms. McPike gets on an airplane, especially long-haul, with only men, then she is still hopelessly naive, or she doesn’t care what happens. And, his wife along on the trip isn’t total protection. The best protection would be the Press Corps! Even for a male reporter, to go alone might be unsafe on several levels. Apart being almost twice Ms. McPike’s age, Tillerson probably weighs at least twice as much. 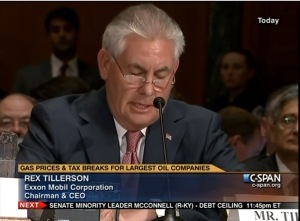 The head of Saudi Arabia is in Japan now too, in a rare visit. Tillerson clearly wouldn’t want to invite the Press Corps to what certainly looks like one or more secretive high level oil and gas meetings, involving Exxon’s Russian far eastern Sakhalin project, and since Saudi will be there, perhaps organization of a cartel to raise oil and prices and/or a stock pump and dump scam, would he? (Tillerson gave himself 90 days to divest Exxon stock and may still have some). Or will they have a meeting to parcel up the market? There was a big energy meeting in the US last week – CERA week, which featured “Dialogue Russia’s energy future”. It is run by Daniel Yergin-IHS Markit. Yergin currently serves on the US-Russia Business Council board for IHS Markit. Exxon Mobil is also a member. Exxon (Exxon Neftegaz Ltd – ENL) is operator and partnered with Russian State owned Rosneft at Sakhalin. Why didn’t Tillerson take the press corps with him? Did he stop in Russia along the way? Will he on the way home? Or in between? Will he meet everyone at Sakhalin island?

A journalist explains that being a member of the Press Corps costs them a lot of money, but without flying with him the logistics make coverage difficult to impossible: “As Rex Tillerson considers ditching reporters, bureau chiefs hash out the details” , By James Warren • March 7, 2017 http://www.poynter.org/2017/as-rex-tillerson-considers-ditching-the-press-news-organizations-plan-a-response/451431/ So, it’s not so the Whitehouse can save money!

“Erin Kathleen McPike (born June 28, 1983) is the lead coverage correspondent based at the White House for the Independent Journal Review that was announced on February 5, 2017. She has also worked for CNN, NBC News, National Journal, and RealClearPolitics.” https://en.wikipedia.org/wiki/Erin_McPike

Erin McPike found here with the thick makeup that Texans adore, at least of Tillerson’s generation, though she’s from Ohio. http://youtu.be/lzsAtkDziI8 She is toward end of short video – name at bottom.

Erin McPike made “The Hill’s” “2016 50 Most Beautiful“, which is a male and female list – many of whom appear chosen for internal beauty. They chose the upper 10% of 500 submissions. Ms. McPike looks lovely in that picture without the thick makeup and is among the better looking of the list.

“De-Kastri Oil Terminal (Russian: Нефтеотгрузочный терминал Де-Кастри) is an oil export terminal located 6 km (3.7 mi) away from the village of De-Kastri in Khabarovsk Krai, Russian Federation. It is one of the biggest oil terminals in the Far East that serves as a hub for crude oil deliveries to Asian markets. The terminal which started operations in 2006[1] belongs to the Sakhalin-I consortium led by Exxon Neftegas Ltd which also includes 20% stake held by Russian affiliates of Rosneft: Sakhalinmorneftegas-Shelf and RN-Astra. The overall capacity of the export terminal is approximately 88 million barrels per annum (~1.2×107 t/a) of oil.[2] Tanker loading capacity is suitable for Aframaxtankers up to 110,000 DWT. The five Aframax tankers servicing the terminal are purpose-designed double-hull ice class vessels.[3] The area of the terminal covers nearly 256,000 square metres (2,760,000 sq ft)[4] The construction of the terminal started in 2003 and was completed by August 2006. Construction subcontractors included Russian-Turkish joint venture, Enka-Technstroiexport and Russian companies Koksokhimmontazh and Dalmorstroi“. https://en.wikipedia.org/wiki/De-Kastri_terminal 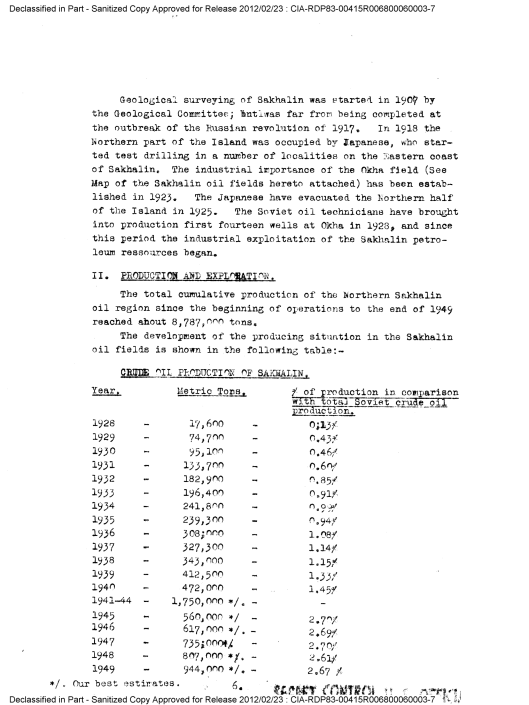 IMO, a “Puff Piece” and “fawning”, discussed in the Gertz piece, and in the Breitbart camp, discussed below, are more aptly called brown-nosing, though the words which sprung to mind don’t require a search, as brown-nosing may. The title of this blog post was changed from brown-nosing to fawning due to length of word, the alliteration, and Ms. McPike has a certain baby deer-like look. Note that the etymology of fawn and fawning are supposedly different.

Some tweets addressing the general issue of excluding the Press Corps, and the media outlet. No one seems to have noticed the unseemly nature of sending one female reporter seemingly by herself.

Two weeks ago, an IJR reporter wrote a Tillerson puff piece. Today she's the only reporter on his plane in Asia. https://t.co/i1Sq1XkzUr pic.twitter.com/DqQHXi9AMC

NOTE: IJR's founder cited this piece as some of the "tenacious" journalism that got the reporter the spot. pic.twitter.com/GnzITiJgV8

1. Tillerson not taking press on his first trip is a mistake on many levels. As someone who staffed some of these trips let me explain