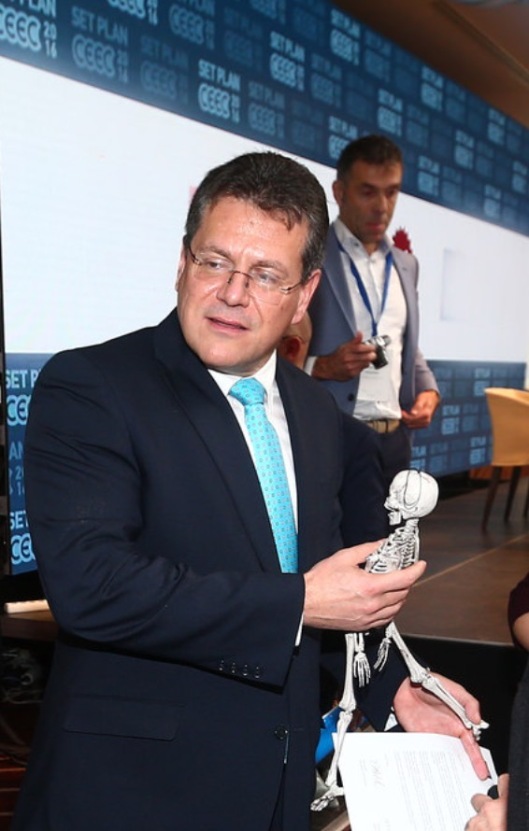 From Bankwatch.org:
“Skeletons are hiding in the closet of Europe’s energy policy – letter to Maroš Šefčovič on the EU’s support for nuclear energy
Advocacy letter,  December 1, 2016
Accompanied by a public action, Bankwatch and Global 2000 presented European Commission vice-president Maroš Šefčovič with this open letter. The letter points out the inconsistencies behind European public money supporting lifetime extension of soviet era nuclear reactors in Ukraine, which are made in violation of international environmental conventions and with insufficient implementation of safety requirements.

So far, the EU’s support for Ukraine is a bad precedent for nuclear decision-making across Europe. It is time to set things straight!” 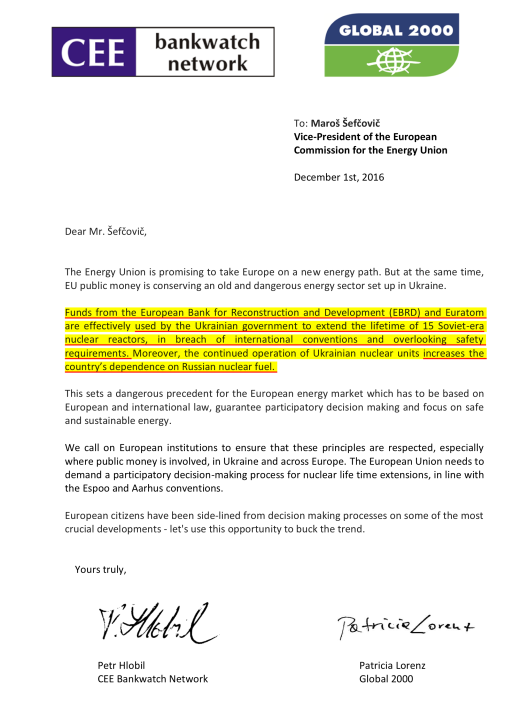 CC-BY-SA: http://bankwatch.org/publications/skeletons-are-hiding-closet-europes-energy-policy-letter-maros-sefcovic-eus-support-nuc (Emphasis our own. Original text, pdf of letter and event video at links) 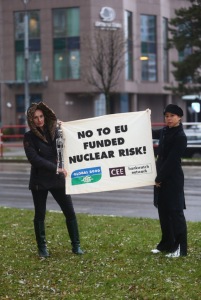