According to a new report by Rob Edwards, a nuclear convoy accident in the centre of Glasgow would put approximately 776,370 local residents at risk of radioactive contamination. 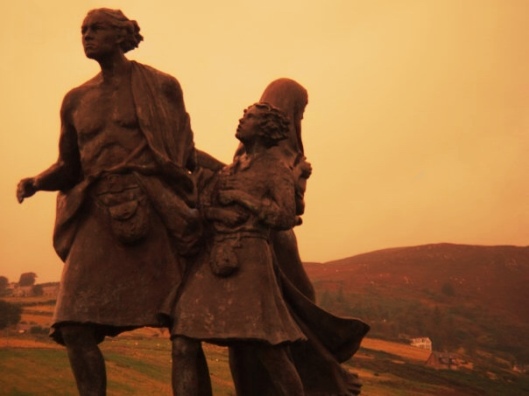 “One of the worst types of accident that could happen is a collision between a tanker and a lorry carrying Trident nuclear weapons. The intense heat that would follow a fuel fire could engulf a nuclear warhead. The smoke drifting downwind would be contaminated with lethal plutonium. A severe fire could also cause the high explosive in the weapon to detonate. Although a nuclear explosion is unlikely, a conventional explosion in a Trident warhead would still have a devastating effect, dispersing plutonium for miles around.” Kirsten Oswald cited in “House of Commons Briefing Paper, Number 07542, 29 June 2016, Nuclear Convoys“, by Louisa Brooke-Holland: http://researchbriefings.files.parliament.uk/documents/CBP-7542/CBP-7542.pdf
(In such a context it would appear that all of greater Glasgow and probably greater Edinburgh would be at risk and perhaps further afield.)

Despite Scottish opposition, “The UK’s strategic nuclear deterrent, known as Trident, is based in western Scotland at Her Majesty’s Naval Base Clyde. It comprises three main elements: the submarine, the missile and the nuclear warhead. The submarines are based at Faslane and the warheads are stored and processed at the Royal Naval Armaments Depot, Coulport, eight miles from Faslane. The warheads are maintained by the Atomic Weapons Establishment (AWE) in Berkshire. The missiles are held separately in the United States.” (House of Commons Briefing Paper, Number 07542, 29 June 2016) 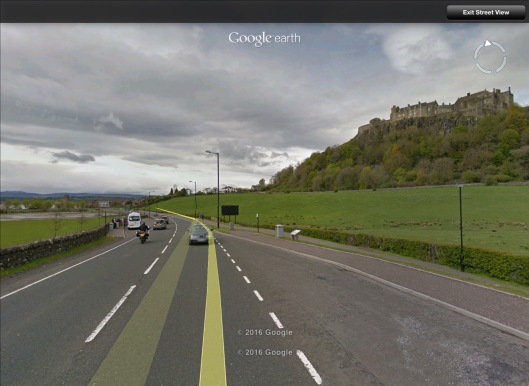 According to the new report by Rob Edwards, a nuclear convoy accident in the centre of Glasgow would put approximately 776,370 local residents at risk of radioactive contamination; 59 train stations, 10 hospitals, 265 schools, 5 universities, 1 airport, all found within a 10 km radius. The Glasgow City Council is not advised of nuclear convoys: “For security reasons, the UK Government does not advise local authorities of the details of timings of individual convoys,” it responded to a freedom of information request. ( p. 30, “Nukes of Hazard: The Nuclear Bomb Convoys on our Roads” by Rob Edwards. The study, which covers the entire UK, may be found here: http://nukesofhazard.gn.apc.org/wp-content/uploads/2016/09/NoH_Report_Final.pdf ) 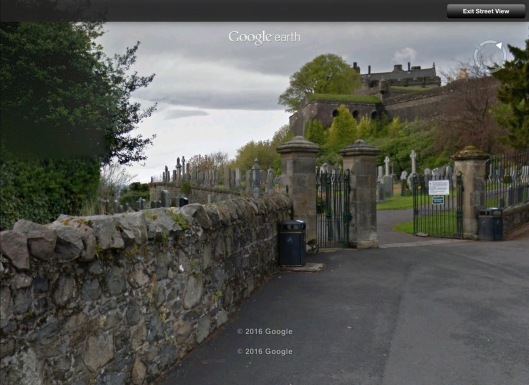 “Nuclear weapons convoy stopped in Stirling
Published on Friday, 16 September 2016 12:56
The nuclear weapons convoy travelling from the Atomic Weapons Establishment Burghfield to Coulport on Wednesday 15 Sept 2016 was stopped not once, but twice as it made its way across Scotland….” Read more here: http://www.banthebomb.org/index.php/news/trident/1886-15092016

It’s not just weapons, however. MP Mhairi Black pointed out:
“Paisley Gilmour Street, in my constituency, is the busiest railway station in Scotland outside Glasgow and Edinburgh, and it is one of the main routes on which nuclear waste is transported. Used nuclear rods come through my constituency, not in the dead of night but during the day when people are standing on the platform waiting to go to work in Greenock, or wherever else. If a mistake was made and an accident happened, it would be the equivalent of a dirty bomb. I put it to the Government that they, and their obsession with nuclear weapons, are one of the greatest threats facing my constituents.”  ”House of Commons Hansard: UK’s Nuclear Deterrent“, 18 July 2016 Volume 613, 8.26 pm, Mhairi Black (Paisley and Renfrewshire South) (SNP) https://hansard.parliament.uk/Commons/2016-07-18/debates/16071818000001/UKSNuclearDeterrent#contribution-16071850000079

Excerpted from: “Local Authority and Emergency Services Information (LAESI) Edition 10”
“The hazards associated with a nuclear weapon emergency are related to the explosive, radioactive and toxic materials that the weapons contain. The explosive hazard is the same as that which is associated with any chemical high explosive. The main radioactive materials in a nuclear weapon are plutonium and uranium. Plutonium and uranium are both toxic and radioactive. The weapon may also contain other toxic (but not radioactive) materials such as beryllium and lithium…

4.4. In the event of a nuclear weapon emergency MOD will advise the police that any persons within 600m should be evacuated as an immediate action to provide protection from the conventional effect of the emergency, in particular from the potential for a conventional explosion.

4.5. Beyond the immediate hazard area, the potential dispersion of airborne plutonium particles represents the dominant radioactive hazard and MOD will advise the police that members of the public should take shelter in order to provide protection…
[…]
“Annex B: Immediate Response Forces – Organisation

Road The IRF is embedded within the convoy and the convoy commander will act as MOD Incident Co-ordinator (IC). There will be sufficient equipment and trained personnel to alert and brief the Police, Fire and Ambulance services, to assess whether or not there has been a release of radioactive material, and to assist the police in establishing an initial safety and security zone. Additionally, trained personnel will co-ordinate with the police in providing information for the media. Convoy personnel are cross-trained to enable them to undertake other roles should the designated personnel be incapacitated in the emergency.

A Joint Operations Cell (JOC) monitors all road movements of DNM and will activate any additional response needed to support the IRF. The JOC will contact the Police immediately to inform them of an emergency that has or may have resulted in a release of radioactive material and to provide them with precautionary public protection advice on sheltering and evacuation. In the event of a serious road traffic crash that has no release of radioactive material, the JOC will also contact the police to discuss any additional support requirements….” https://www.gov.uk/government/uploads/system/uploads/attachment_data/file/361976/LAESI_10.pdf

The vast majority of Scottish people were forced out by the British government and/or its policies, only for the land to be turned over to destruction by nuclear weapons and waste:
Scots: Total world population almost 10 times greater than within Scotland itself: an estimated 28–40 million people of Scots origin worldwide
Regions with significant populations
Scotland   4,446,000 (2011)
(Scottish descent only)
Almost three times as many in the United States as within Scotland
6,006,955 Scottish
5,393,554 Scotch-Irish
More in Canada than in Scotland
4,719,850
Australia
1,792,600
And, many other countries: https://en.wikipedia.org/wiki/Scottish_people

The Battle of Culloden, oil on canvas, David Morier, 1746

Top photo: “The Emigrants statue in Helmsdale, Scotland, surrounded by mist at the base of the Highland Mountains.” Public Domain, colour enhanced. Original here: https://commons.wikimedia.org/wiki/File:The_Higland_emigrants_monuments_Helmsdale.jpg

Note: Do NOT try such direct action activities as shown in the video on your own. Rather contact people at: http://www.banthebomb.org Even if you do not live in Scotland they can probably put you in contact with an appropriate group. Such direct action requires training. Particularly in the USA you would probably be shot and/or run over by the convoy, if you were even able to get close enough.